The all-electric SUV will be launched in India in July, and deliveries will start in October. 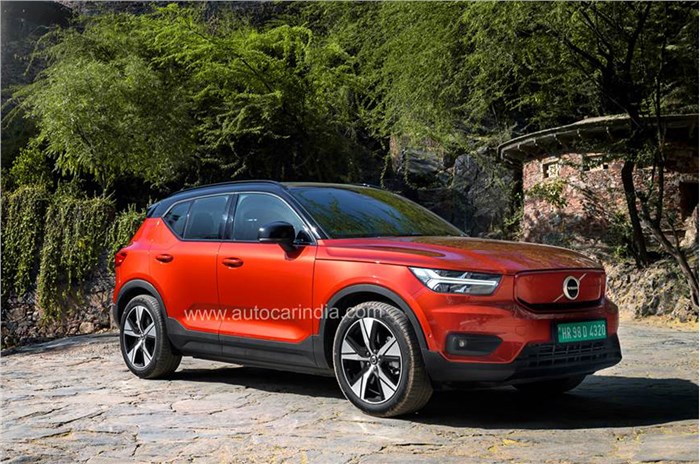 Volvo India has announced that its first all-electric model, the XC40 Recharge, will be locally assembled at the carmaker’s Hoskote plant near Bengaluru, Karnataka. The XC40 Recharge’s launch is slated for July 2022, and deliveries will begin from October this year.

Volvo, then, becomes the first luxury carmaker to locally assemble electric vehicles in India; this is important because it only indicates competitive pricing for the XC40 Recharge.

Volvo India has been locally assembling almost all of its models, and the XC40 Recharge will be the latest to join the line-up. Other models include the flagship XC90, XC60, XC40 and S90 sedan. It’s only the S60 sedan that comes to India as a full import.

That said, Volvo showcased the XC40 Recharge in our country over a year ago, with the launch originally slated for June 2021. However, the automaker later announced that the launch had been deferred to 2022 as a result of the semiconductor shortage.

The XC40 Recharge shares its Compact Modular Architecture (CMA) underpinnings with the regular SUV, and, as such, retains most of its design with minor stylistic touches, like the blanked-off grille, marking it out as the greener alternative. It will also come well loaded with features such as a 12-inch digital instrument cluster panoramic sunroof, hands-free function for the tailgate, two-zone climate control and Android-powered touchscreen infotainment system.

The XC40 Recharge comes with an all-wheel drive set-up, thanks to two 204hp electric motors putting out a combined 408hp and 660Nm of torque. The EV is capable of a 0-100kph sprint of 4.9sec, and a limited top speed of 180kph. A 78kWh under-floor battery pack means that the electric XC40 can cover a claimed 418km on a single charge, as per the European WLTP test cycle.

We have already driven the Volvo XC40 Recharge in India. For a detailed report, you can read or watch our review.

Upon launch, the XC40 Recharge is not expected to have any direct rivals. Thanks to local assembly, it will significantly undercut prices of all other luxury EVs that are imported to India. However, the recently launched BMW i4 (Rs 69.90 lakh, ex-showroom) and the Kia EV6 (Rs 59.95 lakh-64.5 lakh, ex-showroom) could be close in comparison in terms of price.

What are your price expectations for the Volvo XC40 Recharge in India? Let us know in the comments below. 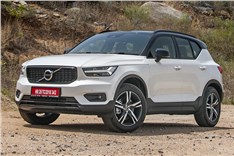 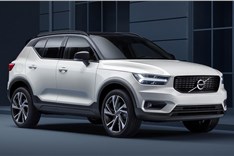 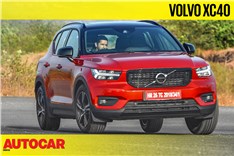 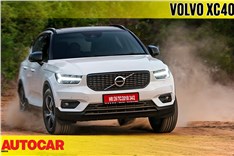