The SMV SUV concept previews a production-spec seven-seat SUV for the Chinese market; gets the choice of two petrol engines. 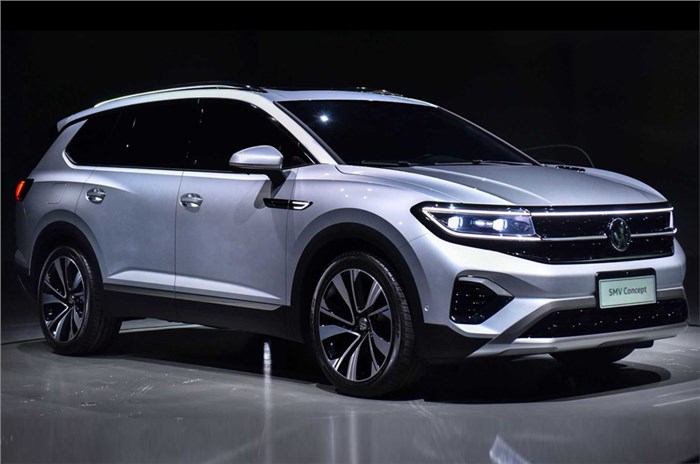 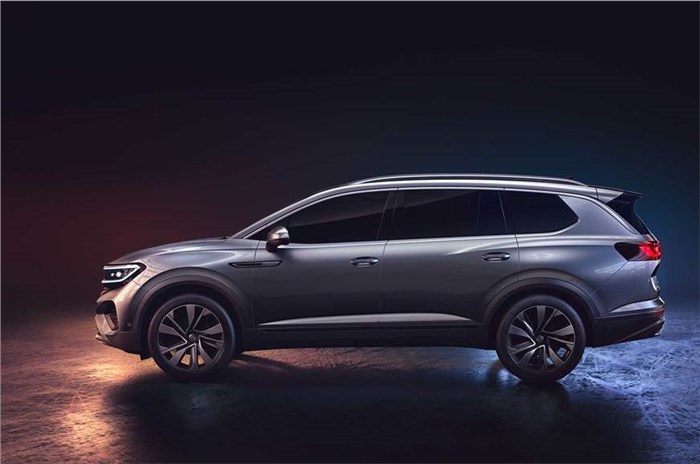 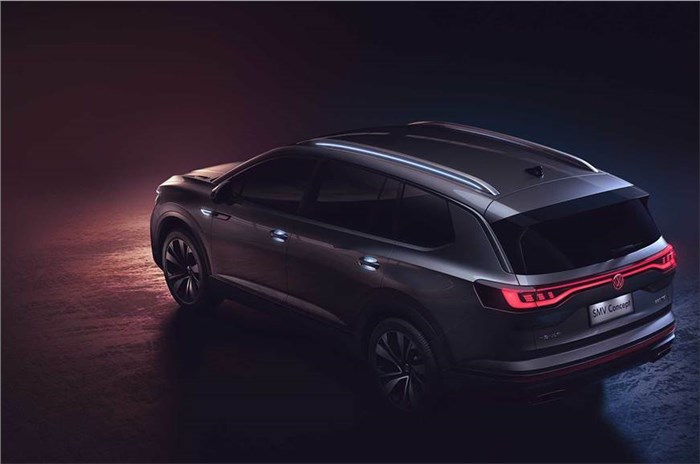 Volkswagen has revealed a seven-seat SUV concept ahead of the 2019 Shanghai auto show. Called the SMV, the concept previews a large seven-seat SUV for the Chinese market. Based on the VW Group’s MQB platform, the SMV concept is about 5.1m long and is set to become the largest production SUV from Volkswagen.

In terms of styling, the SMV follows the design direction of newer VW SUVs with bits like the rectangular headlamps with integrated LED DRLs that merge with elements on the grille, sharp lines and creases, a curved bonnet and a flowing roofline. Also, interestingly, the upper edge of the grille features an LED element running between the DRLs in the headlamp. The rear features similar styling with LED tail-lamps that stretch across the width of the SUV.

The concept also features aggressively styled bumpers, large alloy wheels and illuminated elements on the front fenders and door handles. There are no details about the concept’s cabin, yet.

Under the hood, the production SUV will get the option of a 2.0-litre, four-cylinder turbo-petrol and a larger, China-specific, 2.5-litre, six-cylinder turbo-petrol motor good for 299hp and 499Nm of torque. The latter will be paired with a 7-speed DSG gearbox with 4Motion all-wheel drive.

The VW SMV concept is set to enter production in China, where it will be produced by the FAW-Volkswagen joint venture. However, there is no word on if this model will make it to other international markets.