The BS6 1.0 MPI engine’s fuel efficiency is down by 1.03kpl, in comparison to the BS4 version. 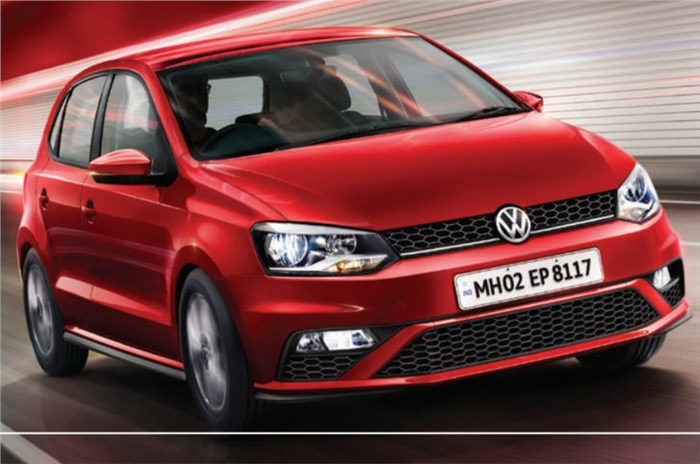 Recently, Volkswagen’s entry-level model in India, the Polo hatchback, made its transition to meet the stricter BS6 emission norms in the country. Priced from Rs 5.83 lakh onwards, the Polo gained an all-new 110hp, 1.0-litre three-cylinder TSI petrol engine in the transition.

This new unit replaces the BS4 car’s 105hp, 1.2-litre four-cylinder TSI turbo-petrol engine that was mated to a 7-speed dual-clutch automatic gearbox only. In contrast, the BS6-compliant 1.0 TSI can be had with either a 6-speed manual or a 6-speed torque converter automatic gearbox. Apart from the 1.0 TSI, the BS6 Polo can also be had with a 76hp, 1.0-litre MPI petrol engine coupled with a 5-speed manual as standard.

Now, let’s see how the BS6-compliant Volkswagen Polo compares against its peers.

The BS6 Polo MPI has the lowest outputs by far and the lowest fuel economy figure. From the naturally aspirated engines, it is the Ford Figo that has the highest outputs, but it also has the second lowest economy figure overall. As before, the Maruti Suzuki Swift has the highest fuel-economy figures in manual and automatic form. Efficiency figures for the Hyundai Grand i10 Nios Turbo have yet to be revealed but the standard Nios with the 1.2-litre petrol comes in second place.

It should be noted that while the VW Polo TSI out-powers the Nios Turbo by a 10hp and 3Nm margin, it’ll be very interesting to see how they compare out in the real world.

In comparison, the Hyundai Grand i10 Nios is the most affordable of the lot at the lower end while the Ford Figo is the most wallet-friendly at the top-end.

Considering all the prices, the Polo comes across as being expensive, irrespective of the configuration or variant that is chosen. However, only a full review and an on-road comparison with the aforementioned rivals will determine if the premium over its rivals is worth it.