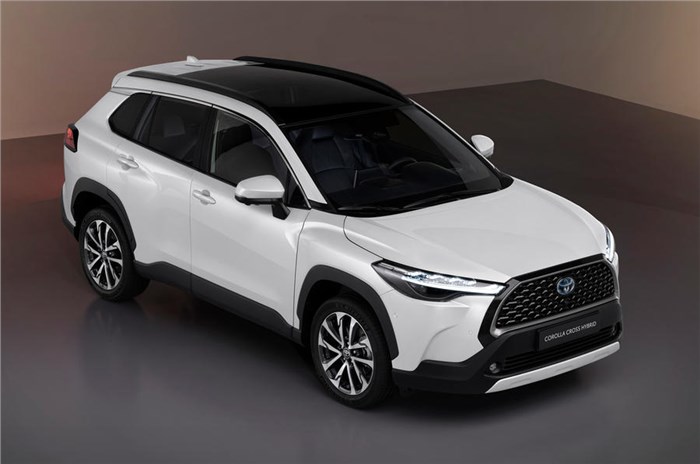 Hybrids will continue to play a core role in Toyota’s electrification strategy, and powertrain boss Thiebault Pâquet told our sister publication Autocar UK the benefits of solid-state technology, which include quicker charging, quicker discharging and reduced heat generation. “We can test and evaluate the technology in those circumstances,” he added, suggesting the technology will be refined in less EV-intensive hybrid applications before it makes its way to EVs. The move comes as Toyota reinforces its ongoing commitment to hybrid technology in the coming years.

European boss Matt Harrison explained that Toyota and Lexus will achieve a 70 percent electrified sales mix in Western Europe this year and “hybrid powertrains continue to attract new customers to both brands – especially those that are looking for practical and accessible ways to reduce their carbon footprint”.

European research and development boss Gerald Killman said Toyota will begin selling cars with solid-state batteries from around the middle of the decade, with plans to deliver “higher output, longer range and shorter charging times”. He confirmed that a functioning prototype vehicle equipped with the technology was built last year for testing purposes, with an ongoing development programme centred around durability. “We believe solid-state batteries have great potential for battery electric vehicles,” he added.

Hints at Toyota’s next-generation hybrid system come as it rolls out an updated Gen5 powertrain in its new Corolla Cross SUV – bringing improved efficiency and performance courtesy of subtle mechanical modifications over the current system used by the C-HR, Corolla, Highlander, RAV4 and Yaris.

What do you think about Toyota’s plans to introduce solid-state batteries in its hybrids and EVs? Let us know in the comments.

I will be ready to buy a Prius Prime Hybrid with a solid state battery in 2024. Hope it will be for sale then.

I will be ready to buy a Prius Prime Hybrid with a solid state battery in 2024. Hope it will be for sale then.