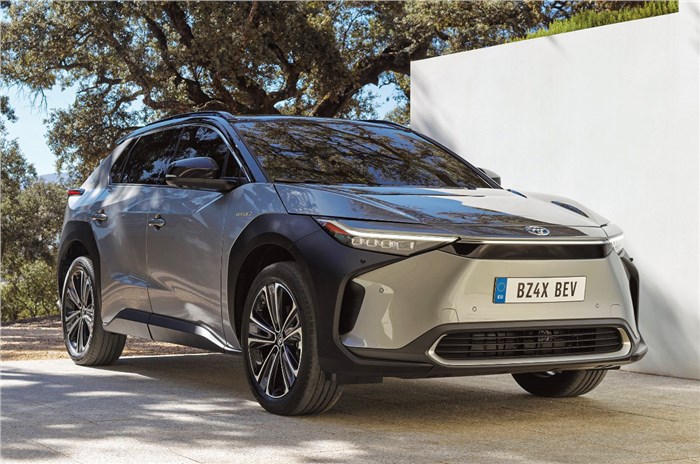 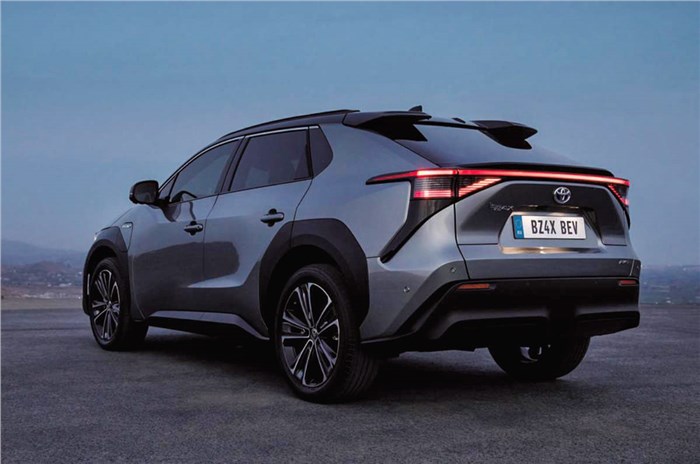 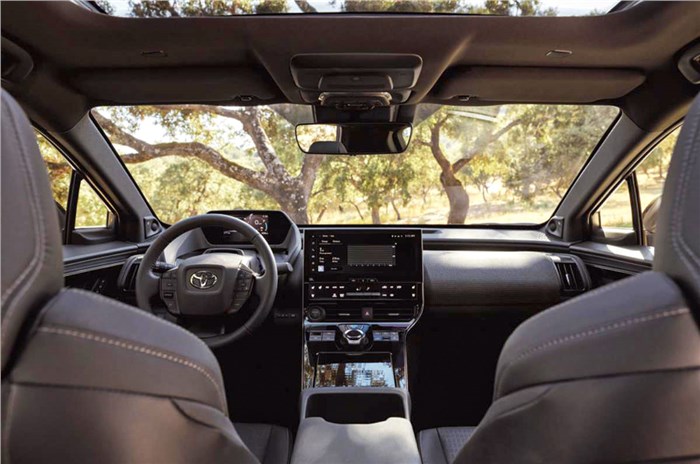 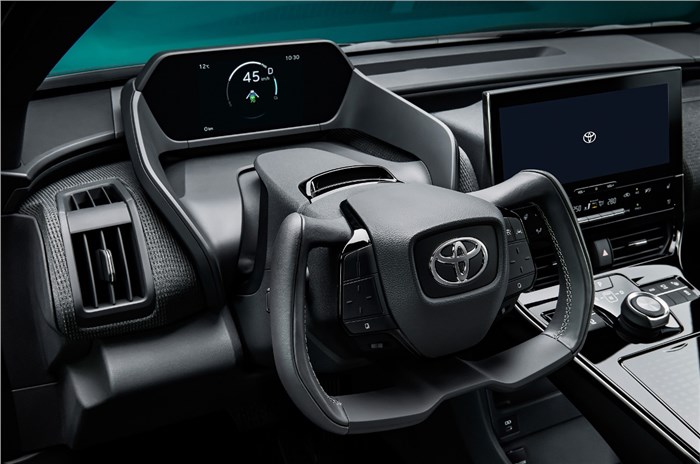 Toyota’s first production battery-electric SUV, the bZ4X, will go on sale overseas next year, largely unchanged from the radical concept shown earlier this year. The ‘bZ’ in its name refers to the Japanese brand’s ‘Beyond Zero’ electrification strategy, under which it will launch at least 15 pure-electric vehicles by 2025, including seven that use the bZ moniker.

Spearheading this roll-out, the bZ4X will be the first model to use the new e-TNGA electric vehicle architecture developed in collaboration with Subaru, whose own first e-TNGA-based EV will be a Forester-sized SUV. Toyota's SUV will get its European debut on December 2 before orders open on December 15, and Subaru is expected to launch the Solterra a few months later.

The defining characteristics of the platform include short overhangs and a long wheelbase, which is said to provide a “spacious and open cabin”. In fact, Toyota says rear leg room is comparable to the near-900mm offered by Lexus’s flagship LS luxury sedan. Here, the platform underpins a four-wheel-drive crossover (hence the ‘4X’ suffix), which is claimed to major on comfort, connectivity and openness.

Heavily angled styling cues, chunky black wheel-arch trim, a familiar silhouette and contrasting roof hint at the influence of the strong-selling RAV4 SUV, which has recently been made available with a plug-in hybrid powertrain. However, various characteristics, including an all-new front-end design, point to a different design language for bZ-badged EVs.

In place of a conventional grille, a narrow black strip houses sensors for autonomous driving features, while sharply styled headlights and sculpted air channels are part of Toyota’s new “hammerhead” look, which aims to generate “a new attitude and road presence”.

The cabin has been designed primarily to give the driver “a sense of direct connection to the road and to important information.” The instrument panel is mounted low for improved forward visibility and to minimise distraction. The large central display, wide centre console and textured dashboard have been carried over from the concept.

Toyota chief engineer Koji Toyoshima explained the philosophy behind the new-look cabin design: “Our target customer is someone who places importance on time spent together with family and friends. When they want to enjoy such times, Toyota’s bZ4X concept can serve as a hub for them.”

The powertrains on offer draw on Toyota’s 20-plus years of offering electrified powertrain, and are said to possess “class-leading efficiency and a very competitive driving range”.

Two variants will be offered: the front-driven entry car with a single motor producing 204hp and 265Nm cracks the 0-100kph sprint in 8.4 seconds, while the twin-motor range-topper – which uses four-wheel drive technology developed by Subaru – boosts power to 218hp, torque to 336Nm and cuts the 0-100kph time to 7.7 seconds.

Power comes from a 71.4kWh battery pack which promises a WLTP range of about 450km, with an "efficient and effective" heating system ensuring only a 'modest' drop in range in sub-zero temperatures. It can be charged at speeds of up to 150kW, meaning an 80 percent top-up can be achieved in around 30 minutes.

The SUV’s range is optimised courtesy of an on-board solar charging system that helps to ensure colder weather has minimal impact on usability – a noted drawback of conventional battery tech.

Like the radical LF-Z concept shown by sibling brand Lexus recently, the bZ4X uses an innovative steer-by-wire system, which removes the mechanical link between the steering wheel and front axle. Toyota claims this enhances control while minimising the directional influence of rough surfaces and braking.

Toyota will take the concept’s distinctive yoke-style steering device to production as a result, in select global markets, given the driver has less cause to move their hands around the wheel. The bZ4X will, said Toyoshima, make “driving easier and more fun”.

Another part of the Beyond Zero strategy is to achieve carbon neutrality of all vehicles throughout their entire life cycles – from supply chain to disposal. To date, Toyota has sold more than 17 million electrified vehicles, which, it says, equates to 140 million tonnes of CO2 saved. Between 2010 and 2019 alone, Toyota reduced its fleet CO2 emissions by 22 percent.