Toyota and Maruti’s midsize SUV will come with the former’s strong hybrid tech and a big jump in fuel economy. 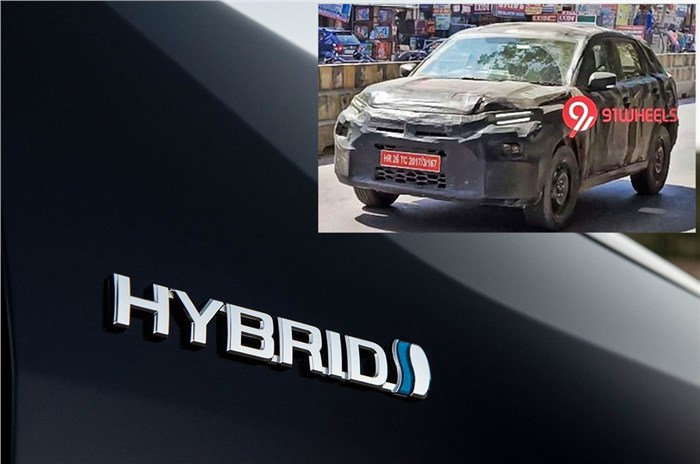 Toyota India has launched a new campaign dubbed “Hum Hai Hybrid” to promote Self-charging Hybrid Electric Vehicles (SHEV) technology. What the campaign also seeks to draw attention to is the fact that this strong hybrid tech – and a big jump in fuel savings – will soon be more accessible as it will debut on SUVs like the Creta rival that Toyota is jointly developing with Maruti Suzuki.

The Toyota D22’s strong hybrid system is likely to be a first in the midsize SUV segment and is poised to offer fuel efficiency figures on par with a hatchback.

The strong hybrid system comprises of a petrol engine that is accompanied by a small NiMH (Nickel-metal Hydride) battery pack and a strong electric motor (hence the name strong hybrid). This system allows for a pure electric mode that solely uses the electricity to power the wheels for short distances.

The battery pack can be recharged by the engine or regenerative ‘braking’ (unlike a plug-in hybrid or PHEV that needs to be plugged into a wall charger). When the battery’s running low (or when the situation demands), the system can switch to using the petrol engine, hence removing any range anxiety typically associated with EVs. This hybrid system in many ways is similar to the one present on the recently unveiled Honda City e:HEV hybrid.

Why is strong hybrid tech useful?

Cars with the SHEV system can be driven for long stretches on electric power alone, using the combustion engine to top off the battery. Since power is mainly consumed via the battery and electric motor, the car in this mode assumes an efficiency between 90 and 95 percent.

As a result, with this hybrid set-up, the system can deliver a 40 to 80 percent jump in fuel efficiency over its non-electrified counterpart, according to Toyota. This is as per testing agency, iCAT study (IRDE cycle).

Given that this system aims to use the electric motor as frequently as it can, there is also a significant reduction in emission levels, with Toyota claiming up to 50 percent reduction in CO2 emissions over equivalent non-hybrid powertrains.

Both Toyota and Suzuki should re-think of introducing diesel.

Both Toyota and Suzuki should re-think of introducing diesel.