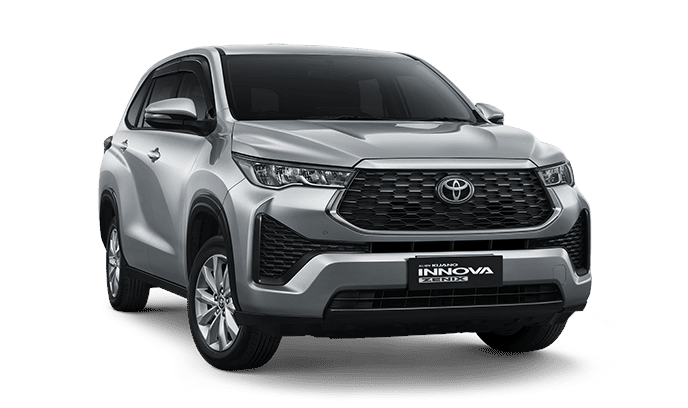 On the eve of the all-new Innova Hycross' India debut, we’ve come across some fresh details about the MPV’s gearbox options and variant break-up. Sources tell us that the Toyota Innova Hycross will not get a manual gearbox option, at least initially, and all variants will come with a CVT automatic gearbox only.

The Innova Hycross will come in five variants and we can confirm that the top three versions will have a strong hybrid powertrain, while the lower two will get a naturally aspirated petrol engine. The entry-level petrol variant will be targeted at fleet operators only, according to sources.

The strong-hybrid powertrain, as reported by us earlier, is a 2.0-litre engine mated to fifth-gen strong hybrid tech (M20A-FXS). This engine, like most Toyota hybrid units, uses an Atkinson or Miller cycle for greater efficiency. It churns out 152hp and 187Nm of torque and is coupled to an electric motor for a combined power output of 186hp.

As far as seating configurations go, Toyota will offer 7- and 8-seat layouts on the Innova Hycross. The 7-seat configuration will come with two captain’s chairs with an ottoman function for the second row and a bench seat for the third row, while the 8-seat layout will have bench seats for the second and third rows. Toyota will provide three-point seat belts for all passengers, which means the third row will also have three dedicated seat belts.

As reported by us earlier, the Innova Hycross will be more or less identical to the Innova Zenix that made its debut earlier in the week in Indonesia. Click here  to know about the MPV's expected features, fuel economy and other details.

This much fanfare for a FWD vehicle is ridiculous😅‼️ Toyota might as well offered us their Sienta resized to sub 4M, powered by the 1.2 liter iteration of their 3 pot full hybrid mill said to be in the works‼️

This much fanfare for a FWD vehicle is ridiculous😅‼️ Toyota might as well offered us their Sienta resized to sub 4M, powered by the 1.2 liter iteration of their 3 pot full hybrid mill said to be in the works‼️