New Epic and Epic Black trims get cosmetic changes over the standard Fortuner; currently available in South African market only. 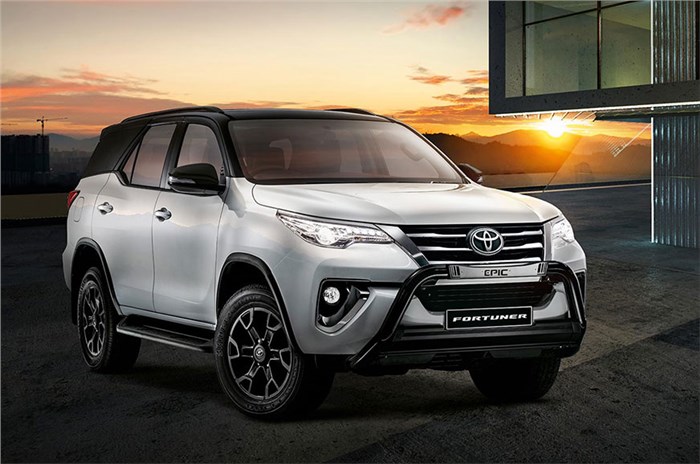 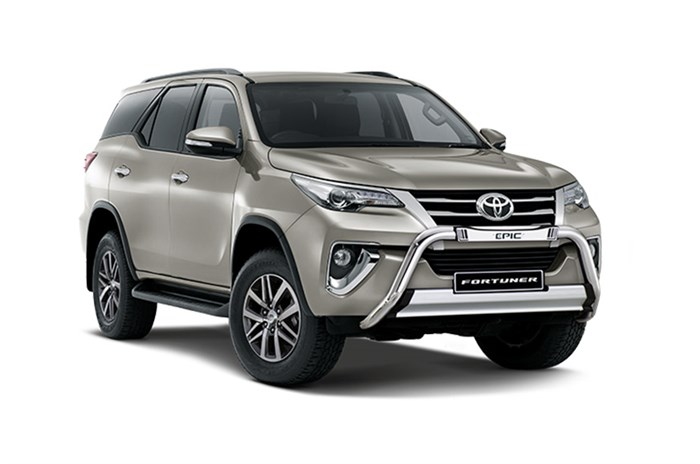 Toyota has revealed the new Fortuner Epic and Epic Black in international markets. Available in South Africa, the new Fortuner variants are available only with a 2.8-litre diesel engine and get additional cosmetic upgrades over the standard Fortuner. The Epic editions essentially replace the standard 2.8-litre diesel Fortuner previously on sale – this engine is now only available with the Epic editions.

Outside, the Epic models get the addition of a nudge bar with ‘Epic’ branding up front and a tow bar at the rear. Inside, the cabin gets more subtler changes, such as metallic scuff plates and ‘Epic’ branded floor mats. The Fortuner Epic Black additionally sports a blacked-out roof, wing mirrors, nudge bar and new design alloy wheels.

On the equipment front, both the Epic editions get all the kit from the outgoing 2.8 diesel model, such as LED headlamps, auto climate control, a powered driver seat, cruise control, rear view camera and a touchscreen infotainment system.

As mentioned above, the Epic and Epic Black editions are available solely with the 177hp, 2.8-litre diesel engine sending power to either two or all four wheels. A 6-speed automatic gearbox is standard, and there’s no manual gearbox option available.

Unlike the India-spec Fortuner, the model on sale in South Africa gets a choice of two diesel engines. The smaller 2.4-litre unit – used in the Innova Crysta in India – is available in the lower variants. Also available is a 2.7-litre petrol engine option.

Over the last few months, Toyota has upgraded the Fortuner here to meet the new BS6 emission norms. In recent weeks the carmaker revealed its sales numbers for the month of March in India; and also announced the discontinuation of its Etios model range and the Corolla Altis in the market. The company has also begun work on a mid-cycle update on the Fortuner which could see a world premiere sometime later this year.