Refreshed Fortuner to get styling tweaks up front and other cosmetic tweaks; likely to launch later this year. 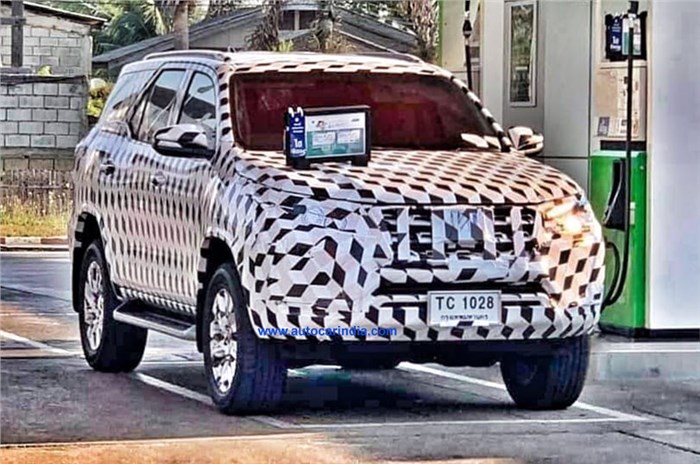 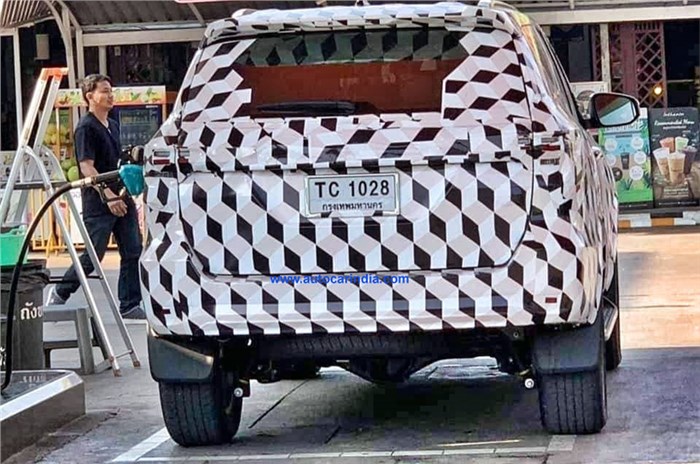 Toyota has begun road-testing the mid-cycle update for the Fortuner SUV. A test mule of the updated Fortuner was spotted for the first time recently in Thailand. The current-gen Fortuner made its global debut back in 2015 and was launched in India in 2016.

The test mule seen in Thailand is heavily covered; but a closer look reveals a few styling tweaks. First up, the front bumper and grille seems to have been restyled in a way that's inspired by the latest-gen RAV4 SUV. The grille also seems to get similar inserts like the ones seen on the RAV4, but with lesser slats. The front bumper is expected to get tweaked fog-lamp inserts with more of a horizontal placement – similar to the ones seen on the Fortuner TRD Sportivo. Additionally, the new Fortuner will get reworked headlamp and tail-lamp inserts but the shape of the lights is expected to remain unchanged. The mid-cycle update to the Fortuner will also bring small changes to the SUV’s body cladding that runs across its length, and the alloy wheels will get a new design too.

Not much is known on the interior tweaks for the Toyota Fortuner. However, it would be safe to expect a better infotainment system and other minor changes on the SUV’s interior.

For India, the SUV will most likely continue with BS6-compliant versions of Toyota's current 2.7-litre petrol and the 2.8-litre diesel engines. The refreshed Fortuner could make its India entry sometime later this year after its debut in the ASEAN market (primarily Thailand). In the Indian market, the updated SUV will take on the likes of the Ford Endeavour and the Isuzu MU-X along with other monocoque SUVs like the Volkswagen Tiguan, Honda CR-V and Skoda Kodiaq.