India-bound electric car part of Japanese carmaker's entry into the global battery electric vehicle space; Toyota also confirms new BEV will arrive in 2021 and be brought along with Maruti. 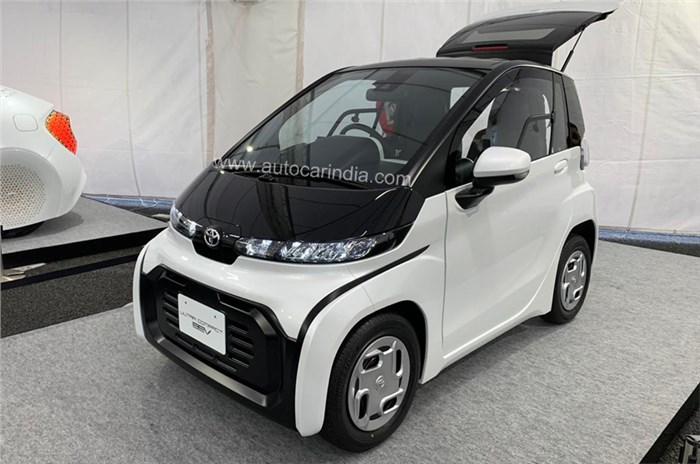 Toyota has reiterated its commitment to introducing battery electric vehicles (BEVs) in the Indian market. Toyota's chief technology officer, Shigeki Terashi, has confirmed that Toyota India’s first all-electric car will be co-developed with Maruti. “India is one of the countries we have in mind for BEVs (Battery Electric Vehicles) and we want to introduce them at an early stage along with Maruti,” he was quoted as saying. According to sources, this new EV, which will be co-developed with Maruti Suzuki and will share its platform and powertrain with the upcoming Wagon R-based electric hatchback, is expected to be launched in India in 2021.

As reported over the past couple of years, Suzuki and Toyota have been exploring ways to partner in India since February 2016. In November 2017, the Japanese brands had announced a Memorandum of Understanding to arrive at a joint strategy to introduce BEVs in India in 2020. The press release had said, “Specifically, Suzuki is to produce EVs for the Indian market and will supply some to Toyota, while Toyota is to provide technical support.”

Maruti Suzuki’s Wagon R EV is expected to be launched in 2020 and will be priced relatively aggressively given that it will be made in India. The all-electric Wagon R is expected to have a real-world range of about 130km on a single charge and will support standard AC and DC fast-charging.

Toyota’s version of the Wagon R EV is still sometime away and may not launch as soon as the Maruti. In fact it will only come after the launch of a BEV for the European markets. Terashi also confirmed that Toyota expects to launch its first electric car there at the start of 2020. There will be multiple variants that will be developed across the Toyota and Lexus brands, based on public demand for the models.

The first Toyota product that has been launched under the alliance between the two Japanese brands – the Glanza – comes with mild-hybrid tech. What is essentially a badge-engineered version of the Maruti Suzuki Baleno gets the same 90hp, 1.2-litre petrol engine with an integrated starter generator (ISG).

At this year's Tokyo Motor Show, which opens on October 24, Toyota will showcase a new, production-ready Ultra Compact BEV. This two-seat vehicle is expected to go on sale in Japan in 2020, have a 100km range and reach a top speed of about 60kph. The Japanese brand has also been developing solid state battery technology and will showcase a concept powered by the tech in 2020, at the Tokyo Olympics.