The one millionth car was a red Model Y; company CEO Elon Musk revealed the achievement on Twitter. 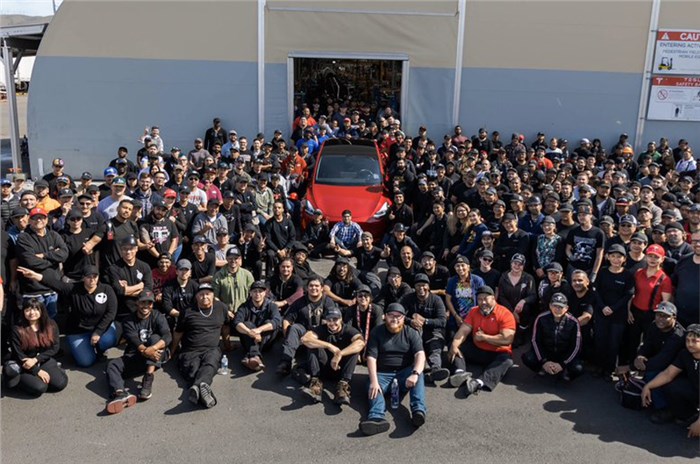 Tesla CEO Elon Musk has revealed that the electric car manufacturer has produced its one millionth car. Musk made the announcement on Twitter yesterday and shared a picture of the model in question – a red Model Y SUV.

The Model Y, revealed in March 2019, is currently Tesla’s newest model on sale in global markets and is the entry point to the EV maker’s SUV line-up. Late last year, Tesla revealed its all-new electric pick-up, the Cybertruck, to the public, but the model will only enter production next year. The carmaker also has plans to introduce a new Roadster to its international line-up which comprises the Model 3 and Model S sedans, along with the Model X SUV.

A few months ago, Tesla began production at its first Gigafactory in China – the carmaker’s first installation outside of the US – with the first model being delivered to customers in early January about 10 months after the construction of the plant began.

Musk recently revealed that Tesla was hunting for a site to set up an additional Gigafactory in the US to manufacture its upcoming Cybertruck, as well as to boost production of the Model Y.

The company has plans to enter the Indian market with Musk having previously hinted at an entry around end-2020. Tesla had also eyed India as a location for one of its Gigafactories, but invariably selected China.