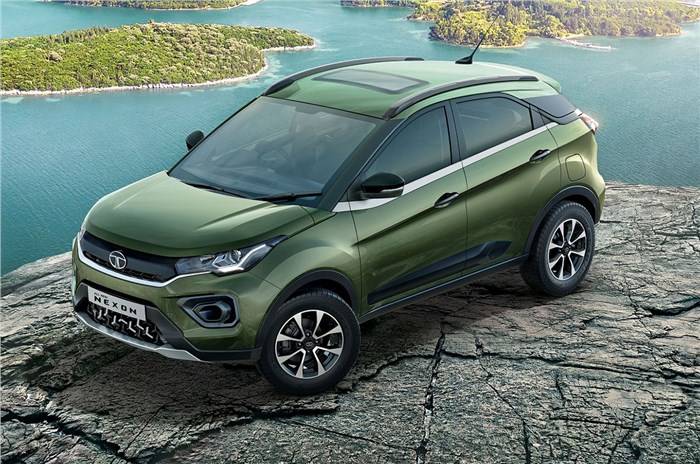 Tata has hiked prices of the Nexon compact SUV by up to Rs 11,000 depending on the variant. Prices for the updated SUV now range from Rs 7.30 lakh-13.35 lakh, ex-showroom. Additionally, in going with our report from June, Tata has also dropped select variants from the SUV’s line-up.

Depending on the variant, the hike in prices of the Nexon range from a minimal Rs 1,000 up to Rs 11,000 for the fully loaded diesel XZA+ (O) Dark Edition. Some variants, however, are unaffected by the hike. The petrol and diesel XZ+ manual variants’ prices remain unchanged, as do prices for the petrol XZ+ and XZA+ Dark Editions and sunroof equipped-diesel XM (S) trim.

While previously Tata had built up the Nexon range to over 30 variants – dual tone not included – the carmaker has streamlined the line-up over the past few months. The diesel range now starts from the mid-spec XM variant onwards and the carmaker has also quietly pulled the plug on three other diesel variants – the XMA, XZ and XZA+ (S).

Under the hood, Tata offers the Nexon with both a 110hp, 1.5-litre turbo-diesel engine as well as a 120hp, 1.2-litre turbo-petrol engine. In terms of gearbox options, both engines are available with either a 6-speed manual or a 6-speed AMT.