The BS6 Harrier follows the arrival of updated versions of the Tiago, Tigor and Nexon that were launched earlier this year. 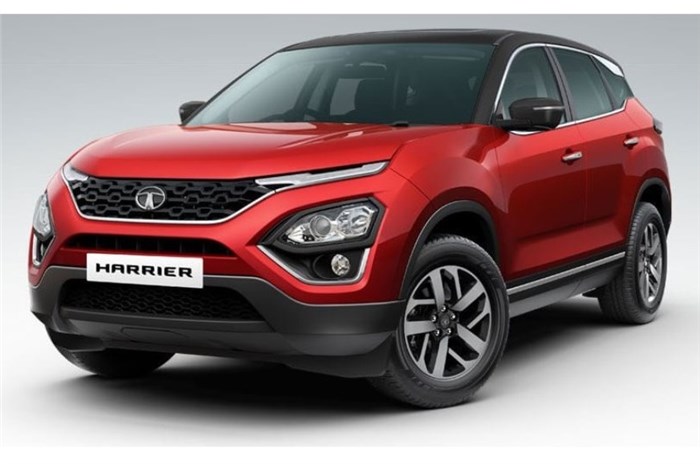 With shrinking product lifecycles and fast changing trends, Tata Motors wants to step up efforts and increase the cadence of new variant introductions. That effort has started with the Nexon. Launched in 2017, the compact SUV has seen an AMT version, a limited edition called KraZ, and recently a mid-life facelift. The latest example is Tata’s flagship SUV Harrier. Launched in 2019, the SUV, the first product based on the company’s Omega platform carried high expectations but couldn’t quite live up to it. Tata Motors is bullish on the 2020 avatar of the mid-size SUV, equipped with a 170 PS (140PS earlier) BS6 engine, option of a 6-speed automatic gearbox sourced from Hyundai, and panoramic sunroof -- a feature in hot demand in India. Also, with better refinement levels, the Harrier brand, which since launch has garnered 17,000 customers for its maker, has a better chance at success now. In between there was also the introduction of an all-black edition of the Harrier called Dark, in August last year.

Such product interventions by Tata Motors could be on the rise as the shopper in the market constantly looks for newness in products. “Every month or every two months, you will have some news or the other in terms of product refresh,” says Vivek Srivatsa, Head Marketing, Passenger Vehicles Business Unit, Tata Motors. The strategy seems to be yielding returns. The Harrier Dark Edition, which had followed a dual-tone colour trim, alone contributes to around 35 percent of Harrier sales.

The new approach of keeping the product portfolio more contemporary and attractive than earlier is based on Tata Motors philosophy of ‘New Forever’. “It is a customer promise saying that we’ll always be contemporary, but it’s also an internal challenge to keep giving customers what they want,” added Srivatsa. The bottom line of the philosophy is “Don't get behind the curve”, and that is more crucial for Tata Motors in the market as its passenger vehicle business’ turnaround drive is still work-in-progress. Under the turnaround drive, which started in 2016 with its new entry-level car Tiago, Tata Motors has sold around 600,000 vehicles so far. Giving the marketing & sales team the right tools to advance in the turnaround drive is Tata’s engineering team which has come a long way in terms of capabilities and approach of doing business. “Kudos to our engineering team, they've taken the challenge. Normally turnaround time for a refresh is one year or two years but they said ‘you know, we can do it much faster’,” Srivatsa elaborated.

As models in Tata’s portfolio get ready to be technologically and aesthetically savvier, the dealerships they get sold in are also undergoing a change. Over the next year, around 200 dealerships in Tata Motors’ network are being targeted for a major revamp. With a new colour scheme, the showrooms will have a new retail identity with a new ambience, touch and feel. They will aimed at offering a lounge feel where the cars are incidental. “That's a concept we are taking forward,” says Srivatsa.

With a slew of new measures in multiple fronts, Tata Motors makes significant, revised efforts to keep pace with the challenges of the automotive industry. It’s up to the customer now to give the verdict if they are good enough.