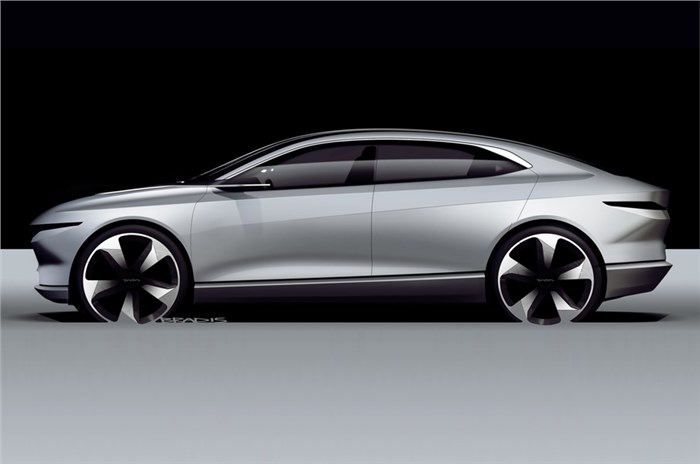 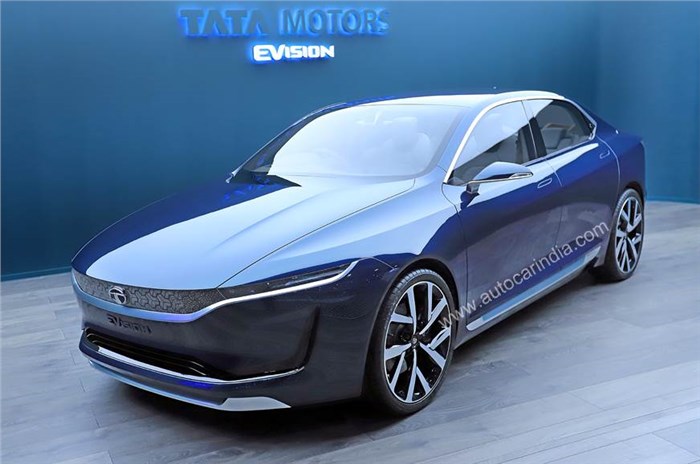 Tata EVision concept from Geneva 2019 hinted at the future sedan.

Tata Motors has had a busy few months, with the launches of the Altroz and Nexon EV, as well as updated versions of the Tiago, Tigor and Harrier. And as we had reported earlier, there’s a lot more coming from the carmaker – as many as 12 new products over the next four years. The Tata HBX Concept-based micro-SUV will be the first of the all-new models; and now we have official confirmation that a Honda City fighter (codename: Peregrine) is also in the pipeline.

Speaking to Autocar India on the prospect of a midsize sedan, Rajendra Petkar, Chief Technology Officer, Tata Motors said, “Today, we have the Tigor and we need to expand the range beyond it. The ALFA architecture allows us to do that and that is something we will be looking to do it in the near future.” Tata’s new ALFA (short for Agile, Light, Flexible, Advanced) architecture that debuted with the Altroz hatchback can support cars with a greater length and wheelbase. The Honda City that the new Tata sedan will be up against is 4.5m long and has a 2,600mm wheelbase.

Asked if a sedan would be the right fit for Tata Motors that is best known for its SUVs and now hatchbacks, Petkar said, “Who thought of Tata Motors when it came to SUVs like the Nexon? I think we have come a long way in terms of the brand and both in terms of the hatch and in terms of the SUVs we are there. The sedan is just a natural off-shoot of the architecture that you have. We have no doubt about the capability and living up to the brand.”

Styling will be a key differentiator for the new sedan; and like with the Tigor, the company could contemplate a fastback design to make it stand out from conventional three-box shapes that are the segment norm. A crossover body style with chunky wheel arches and tyres could also be considered. Tata could even draw elements from the sleek EVision sedan concept from the 2018 Geneva motor show.

Petkar was cautiously optimistic about the new sedan in a market that has seen a big downturn. “If you look at the sedan segment per se, it’s not growing like the SUV (segments) are growing. But still you know it is a sufficiently bigger pie, as per the total passenger-car segment is concerned. Therefore, I don’t think we can afford to neglect sedans. The question is the timing.”

Tata’s last big success in the sedan segment came in the form of the ingenious Indigo CS that heralded the compact sedan segment. The carmaker will need something as revolutionary to break the stranglehold of the City, Ciaz and Verna in the midsize sedan space.

Production-spec Tata HBX: How close to the concept will it be?