ALFA and OMEGA platforms to form bedrock of Tata Motors’ new product offensive; petrols, diesels, hybrids and electrics will be part of the mix. 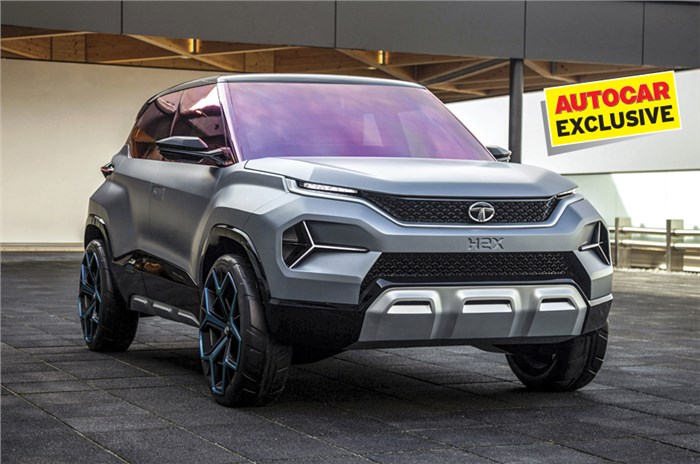 Hornbill or H2X compact SUV will be a Kwid and S-Presso rival.

Tata Motors’ new Altroz isn’t merely its first premium hatchback, it also boasts another first – one that is even more significant in the grander scheme of things – it is the first car off Tata’s all-new ALFA platform. Designed and engineered to deliver global levels of flexibility and local levels of cost-competitiveness, the new platform started out life as the AMP or Advanced Modular Platform. Slated to be shared with the Volkswagen Group at the time, AMP has today evolved into Tata’s first flexible vehicle architecture, ALFA.

Named ALFA for Agile Light Flexible and Advanced, the new architecture will, in combination with the OMEGA platform (shared with JLR), account for all of Tata’s new cars set to hit the market in the next decade or so. Of the two platforms, the ALFA, of course, will have the lion’s share, and that’s only right. Smaller, more affordable and the more suitable of the two in our low- cost environment, it is very flexible, and, as a result, can be adapted to make cars of different
shapes and sizes. 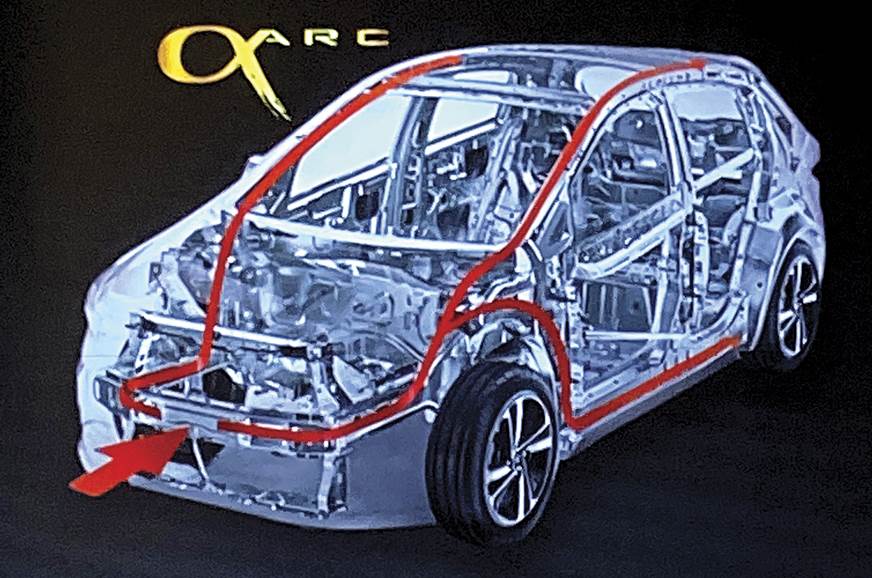 But just how many cars can we expect? Guenter Butschek, CEO of Tata Motors spells it out: “We will have 12 to 14 new top hats between ALFA and OMEGA in the next 3-4 years”. This is huge and it is likely to take Tata’s market coverage up massively, to around 90 percent.

So what can we look forward to? Plans haven’t exactly been firmed up, but you can expect the range to start with Tata’s H2X or Hornbill, then the new Nexon will be built on the ALFA platform, and Tata could even push the limits of the platform and try and do a Creta rival. The latter, however, could also be built on a platform shared with Chinese carmaker and JLR partner Chery (see below).

Tata recently showed a sedan concept that looks like it could go up against the Honda City, and then, logically there should be a compact sedan or Maruti Dzire rival. An Ertiga-sized MPV is also on the cards, and then don’t discount a spacious Maruti Wagon R-rivalling hatchback either. Of course, later on, there will be replacements for the Tiago, Tigor and a dedicated EV is likely as well. 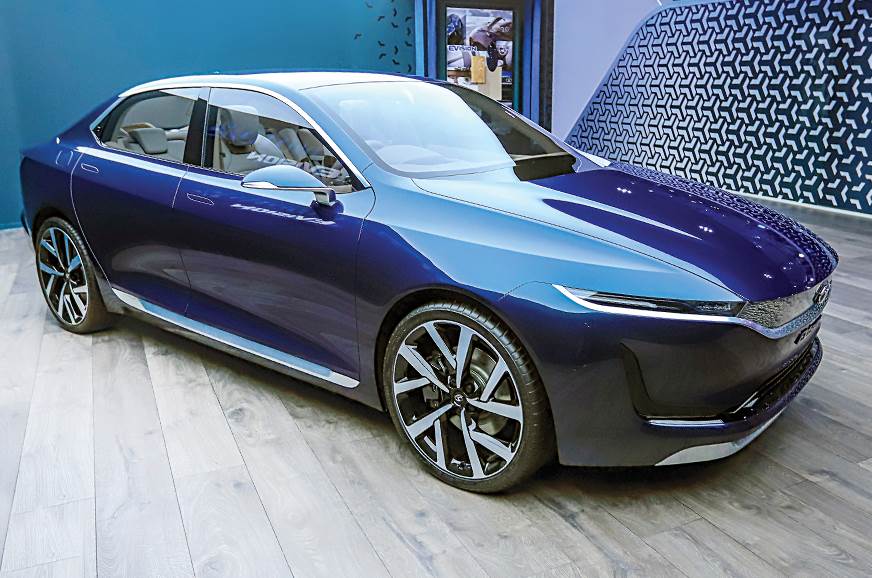 Tata is likely to do a compact sedan as well as a Honda City rival.

Tata says cars built on the ALFA platform will stretch between 3.7-4.3m in length, the wheelbase is stretchable to a not-so-insignificant 2,450mm, the front and rear track can be altered, and should engineers and designers choose, the cars, SUVs, and MPVs could be as wide as 1,800mm too. They are likely to have the biggest boots in their class, there will be a flat floor in the rear, and quality levels are likely to take a big jump up too, as around 90 percent of the cars’ bodies will be built by robots, allowing for great precision, and greater uniformity of parts.

The Omega platform is less flexible. The larger of the two and the one shared with Land Rover, it could have at least three new cars built on it. The first will be the seven-seat Gravitas. Then there will be an SUV with a coupé-like roof, and later on will come the Hexa replacement or a large, Innova-sized MPV. For now, the OMEGA platform has only one diesel, the 2.0 Multijet, but Tata is working on a larger 1.5 petrol, and there could even be a mild-hybrid version, though Tata seems to currently not be in favour of hybridisation. 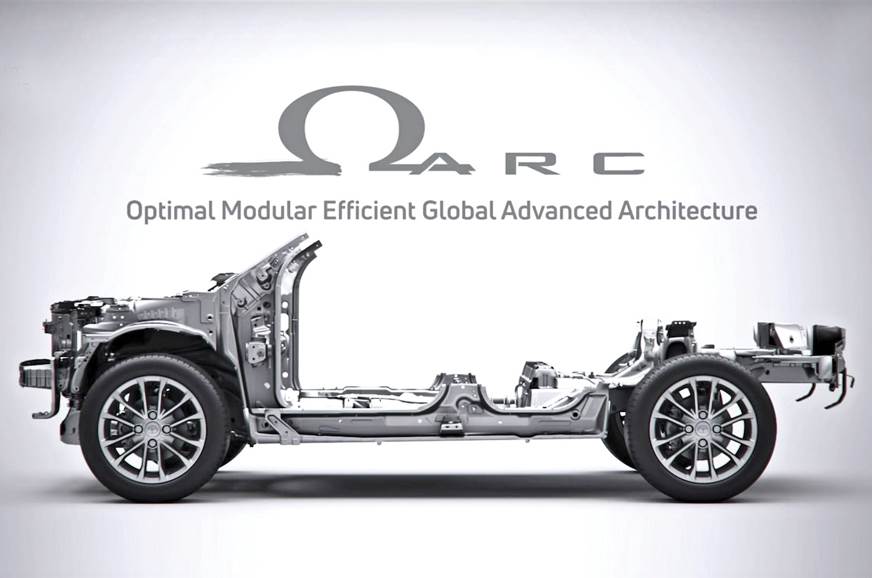 The smaller ALFA architecture, on the other hand, will have all manner of powertrains: petrol, diesel, hybrid and electric. Engines currently available on the Nexon and the Altroz are expected to be the mainstay, and there is a new twin-clutch automatic gearbox in the works too.

To keep costs down on the ALFA, the entire structure will be split into around 15 essential modules which can be reused on other top hats without too much additional investment. Tata is also in the process of weeding down the supplier chain. Now finally down to around 300 component makers between both PVs and CVs, from at least double of that, it will allow Tata to get its new models to the market faster – less time wasted on taking care of poor-quality supplies.

Leapfrogging and going directly to a variable architecture was actually crucial for Tata. “We changed track halfway from doing a more limited platform to a more flexible architecture,” explains Butschek. “Rather than merely have a platform with a limited range of top hats, we moved to an architecture that’s flexible in length, width, height, and which finally is going to give us a high degree of commonality. By doing this we also de-risk individual launches, create massive economies of scale, and, at the same time, help leverage the big initial investment better. 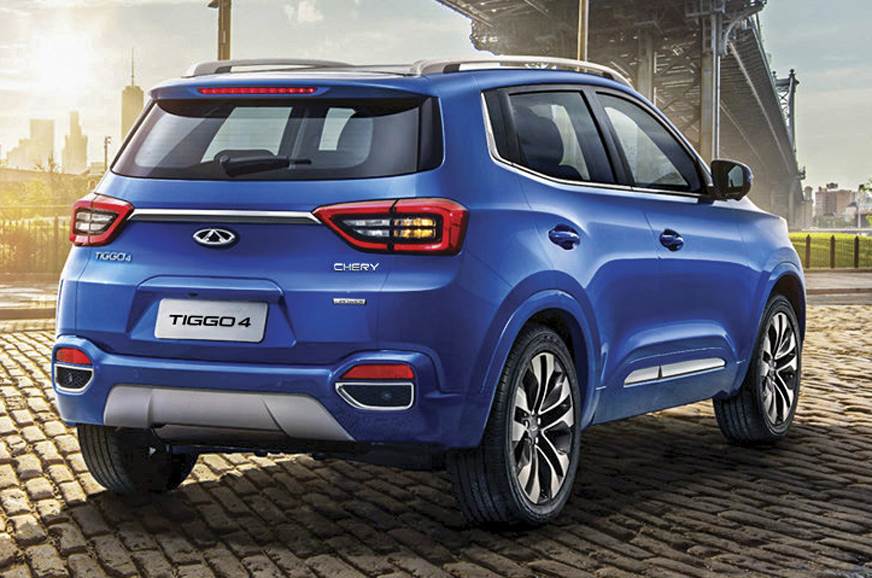 Tata’s Creta-fighter, codenamed ‘Blackbird’, is an SUV looking for a platform. Too small to be built on the OMEGA or Harrier platform, and too big to be built on the ALFA architecture, it falls in no man’s land. The stumbling block isn’t overall length; ALFA can be stretched to 4.3m. The problem is wheel size, or rather a lack of it. Thing is, ALFA is predominantly a small-car architecture, and as a result doesn’t support wheels larger than 700mm in diameter, key to SUV appeal. To get around the problem, Tata has been talking with JLR partner and Chinese automaker Chery, which has SUVs and platforms that fit the description. Of the many, the best fit is thought to be the 4,338mm-long Tiggo 4 or T-17. But is a 5- star NCAP crash-test rating possible with these underpinnings?

With 90 percent market coverage now technically possible and an assault of all-new cars on the horizon, Tata Motors could be in for its most successful phase ever. ALFA and OMEGA put together certainly have plenty of promise. We just could see an all-new and hitherto unrecognisable Tata Motors emerge. Heady times ahead.

Tata Nexon EV: What to expect from each variant