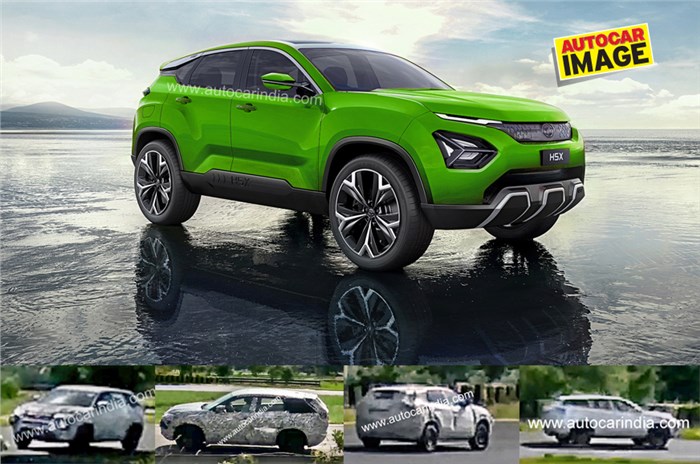 The Tata Harrier has been spotted testing at various places throughout India, but we’ve just received images of the SUV being put through its paces at the Kari Motor Speedway near Coimbatore. The images suggest the Harrier was being tested for stability and high-speed cornering ability, perhaps to fine-tune suspension and steering settings. Interestingly, this is the first instance of an upcoming SUV having been caught on track before its launch. Tata Motors is clearly working hard to get the Harrier’s dynamics package right.

The Harrier test mule, still draped in camouflage, was fitted with 16-inch wheels with meaty 235/70 R16 tyres, similar to what’s seen on lower-spec Hexas. However, going by Tata Motor’s description of models that have been built to its Impact Design 2.0 philosophy and sport segment-leading wheel sizes, it is expected the Harrier will get larger wheels in its final form. Top versions of the Hyundai Creta, an SUV that the Harrier will compete with, for reference, ride on 215/60 R17 tyres.

The final form of the Harrier remains a mystery but spy shots and official renderings have given a good idea of what to expect. The five-seat Harrier will carry many of the H5X’s radical design details, and what is also known is that the model will be launched with a 2.0-litre diesel engine. Gearbox options will include a 6-speed manual as well as a 6-speed automatic sourced from Hyundai. Drive modes will be on offer as well. A seven-seat version (codename: H7X) will join the line-up later.

The Tata Harrier is due to go on sale in early in 2019 and will take on a range of SUVs like the Hyundai Creta, Mahindra XUV500, Renault Captur and upcoming Nissan Kicks.

Tata H5X could get hybrid powertrain