The Supreme Court bench observed that automobile dealers association have not followed its earlier order and have violated the court's directives. 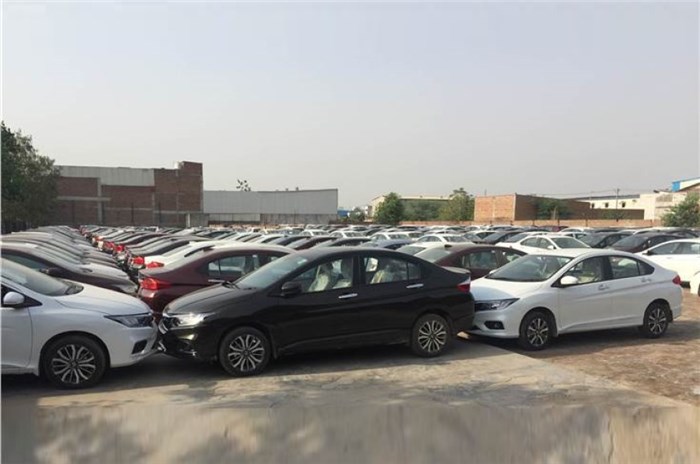 On Wednesday, the Supreme Court recalled its March 27 order, which had allowed the sale of BS4 vehicles for 10 days across India - except in Delhi-NCR - after the lifting of COVID-19-induced lockdowns. The SC bench observed that the automobile dealers association has not followed its earlier order, and has violated the court's directives.

Based on a report by PTI, the bench observed that sales of BS4 models had increased in the last week of March, when the nationwide lockdown was in force, and there were online transactions as well. The recall of the older directive is expected to impact registration of many of these vehicles. The Court asked the automobile dealers association to furnish details of vehicles sold by them to the government. The bench will conduct a hearing on the matter on July 23.

Warning the automobile dealers to not take advantage of the apex court by ‘playing fraud’, a bench headed by Justice Arun Mishra observed that its earlier directives have been violated and BS4 vehicles were sold during the lockdown in last week of March and after March 31 also. While hearing the matter through video-conferencing, the bench - also comprising Justices S A Nazeer and Indira Banerjee - said, "Do not take advantage of this court by playing fraud."

The bench said BS4 vehicles sold after March 31 and those models whose details have not been uploaded to the government’s e-Vahan portal will not be registered. On March 27, the apex court had permitted the sale of 10 percent of unsold BS4 vehicles to make up for the six days lost due to the nationwide lockdown, which was imposed on March 25.

As per an affidavit filed by an automobile dealers association in the top court, less than 10 percent of unsold inventory of BS4 vehicles was sold within 10 days of lifting of the lockdown. It said that orders passed by the apex court in October 2018 and March 27 this year have been complied with, and there "is no flouting" of the directives. It also provides the data regarding uploading of data on the e-Vahan portal till March 31, this year.

On June 15, the apex court had made it clear that no sale and registration of BS4 vehicles would be permitted in the country and pulled up the automobile dealers association for violating its earlier order that had given some limited relaxation.

The Supreme Court noted that as per the compliance affidavit filed regarding its March 27 order, more than 2,25,000 vehicles were awaiting registration as on March 31. This exceeded the figure which it had specified. It had allowed registration of 1.05 lakh two-wheelers, 2,250 passenger cars and 2,000 commercial vehicles that were sold, but not registered, across the country.

In March this year, the apex court was informed about the unsold inventory of BS4 vehicles - around seven lakh two wheelers, 15,000 passenger cars and 12,000 commercial vehicles. It was told that there were 1,05,000 two-wheelers, 2,250 passenger cars and 2,000 commercial vehicles that were sold but not registered throughout the country. The top court had then ordered that vehicles, which were sold but not registered, be registered by the authorities by April 30.

Road travel in the time of COVID-19