Volkswagen has taken the wraps off a sportier Jetta GLI sedan and three, fully kitted-out, Atlas-based SUV concepts at the Las Vegas event. 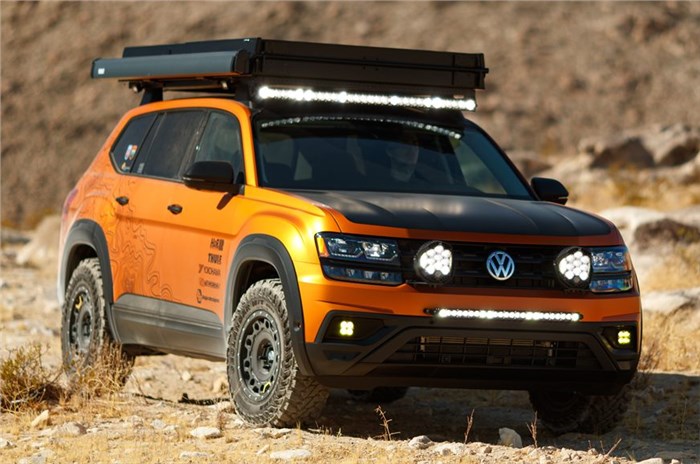 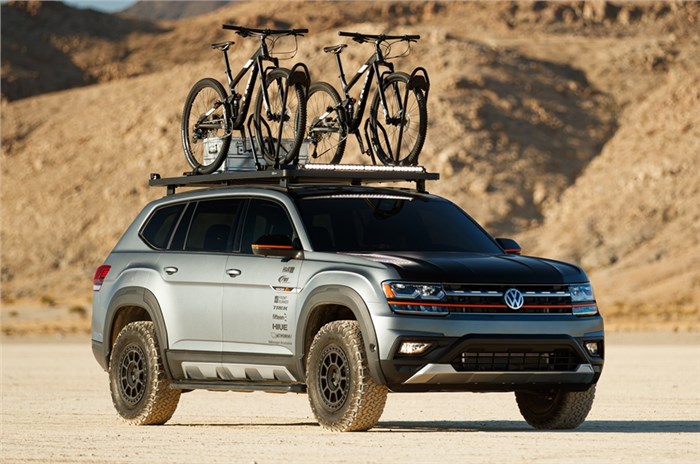 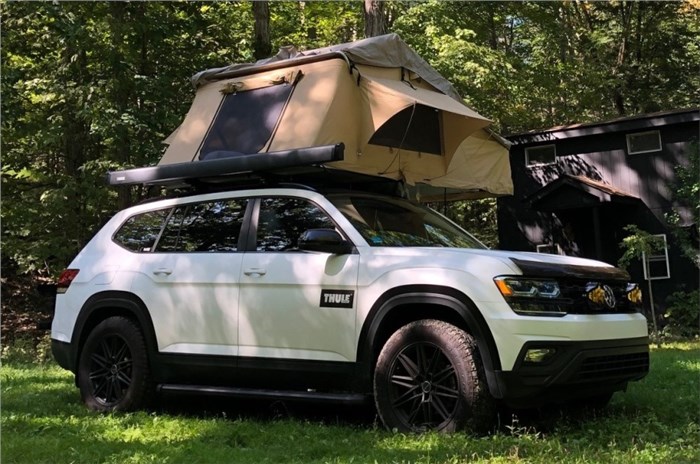 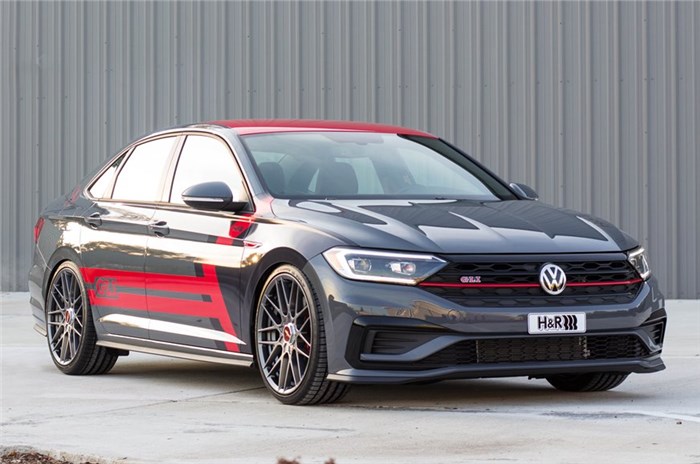 Volkswagen has put up a four-model-strong exhibition at the 2019 edition of the SEMA (Speciality Equipment Market Association) Show in Las Vegas. This annual trade show, which is organised by America’s automotive speciality parts and accessories industry, has developed a reputation over the years for being a platform for auto manufacturers to showcase some of the wildest collections of modified cars. The latest iteration of the event, held from November 5-8 2019, saw the German automaker display three off-roading concepts based on the full-size, seven-seat Atlas SUV and a performance-oriented avatar of the already sporty Jetta GLI sedan.

Sporting a grey-and-black paint shade with a matte finish and orange accents, the Basecamp is equipped with a raft of accessories that include a custom body kit, a roof-rack system with bike holders and LED light bars on the front and rear. To accentuate its off-road credentials, the Atlas-based concept makes use of an H&R coil-over suspension that raises ride height by almost 38mm, an all-wheel-drive system with drive mode selection and 17-inch wheels wrapped in 265-section all-terrain tyres. Power is drawn from a 280hp, 3.6-litre, V6 engine mated to an 8-speed automatic transmission.

The Adventure has been created by the VW Innovation and Engineering Centre in California as a fresh take on ‘overland themed tuning’. Wearing a striking shade of orange, the concept sports H&R’s raising coil-over suspension, chunky Yokohama tyres, Baja-style lighting equipment and a fold-over rooftop tent with an awning. A rather contemporary addition is an on-board Dji Mavic drone with an action video camera system that can “automatically capture, edit and store the vehicle’s journey.”

The trio of concepts based on the Atlas is rounded off by a rendition developed by Thule. The transport accessories manufacturer has created a version of the Atlas that it feels would not only suit a metropolitan lifestyle, but also support active lifestyles. As such, the concept has been specced out with 20-inch wheels by Vossen, H&R springs, a roof rack and roof tent with an 8.5ft awning and Baja Design lights. A blacked-out trim and a gloss-black wrapped roof with a contrasting white body colour, all further enhance the look.

The last model displayed by Volkswagen at the SEMA show was a (even more) souped-up version of the sporty Jetta GLI sedan. Retuned by suspension specialist H&R, it gets bespoke components including coil-overs, sway bars and wheel spacers, as well as 20-inch alloy wheels. The sedan’s factory-finished grey paint shade is complemented by the striking red body graphics all over. Ensuring that the customised Jetta has the go to match the show is a stock 228hp, 2.0-litre turbo-petrol motor paired with a 6-speed manual transmission.

Closer to home, Volkswagen has revealed that it will be taking part at the upcoming 2020 Auto Expo in February and will use the opportunity to showcase a pre-production version of the T-Cross midsize SUV that is headed to our market in the following year.