Renault to exit joint venture with Dongfeng in China

Brand to focus on EVs under its JV with Brilliance Jinbei Automotive Company, eGT and the Jiangxi Jiangling group. 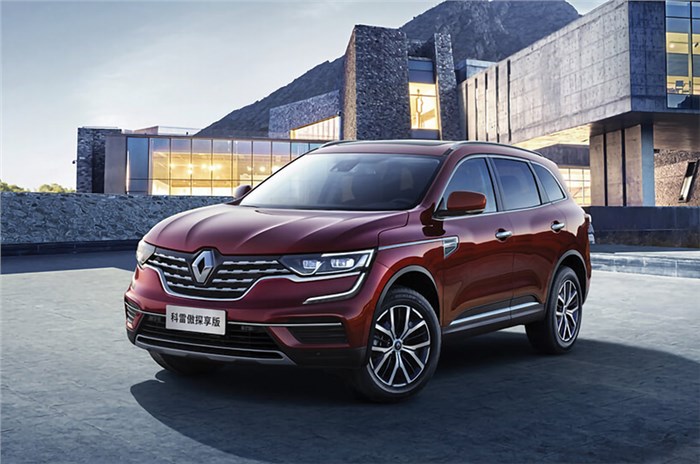 Renault has confirmed that its non-electric passenger cars will no longer be sold in China after the brand withdraws from its joint venture with Dongfeng Motor Group Co.

The French carmaker will transfer its 50 percent stake in the Dongfeng Renault Automotive Company to the native Chinese brand. All “Renault brand-related activities” will be halted across China, although electric Renault cars and light commercial vehicles will continue to be sold under existing joint ventures with Brilliance Jinbei Automotive Company, eGT and the Jiangxi Jiangling group.

“Renault will continue to provide high quality aftersales service for its 3,00,000 customers through Renault dealers but also through Alliance synergies,” the company confirmed in a release. However, it claims “further development for Renault brand passenger cars will be detailed later” as part of a new mid-term plan.

Like many large carmakers, Renault has been hit hard by the impact of the coronavirus shutdowns. The joint venture with Dongfeng in China was loss-making and sales were struggling. Just 18,607 cars sold in 2019 despite a capacity of 1,10,000 and an operating loss of more than 1.5 billion yuan (approximately Rs 1,625.16 crore).

The Chinese car market has been hit hard in the first part of this year due to the pandemic. But Renault was also late to the market with a joint venture and didn’t sign up with Dongfeng until 2014.

François Provost, chairman of Renault for China, said a “new chapter in China” will have it focus on EVs and LCVs – “the two main drivers for future clean mobility” – and “more efficiently leverage our relationship with Nissan”.

Renault will continue to operate together with Dongfeng and common partner Nissan on “connected vehicles” and a range of new engines.

Dongfeng claims it will arrange positions for the joint venture staff within its wider group operations and plans to upgrade existing plants to build cars without Renault branding.

In India Renault showcased the Kwid-based City K-ZE EV at the 2020 Auto Expo earlier this year alongside the all-electric Zoe. At the time of the lockdown, the carmaker was in the process of upgrading its model line-up to meet the more stringent BS6 emission norms in tandem with preparing to launch the Triber AMT and Duster turbo-petrol in our market. The carmaker is also looking to launch the Zoe and K-ZE EVs in India as well.