Company sees high potential for growth from rural areas; plans to have 400 of its potential 700 touchpoints by 2021, in rural areas. 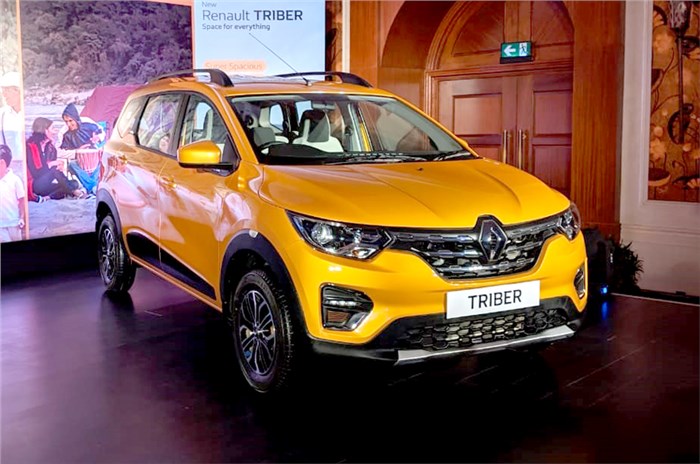 French carmaker Renault sees strong demand from rural markets boosting sales of its newly launched Triber. The brand sees potential for growth in rural markets and has therefore sharpened its efforts towards tapping that customer base, in addition to those in the urban areas. In fact, the company sells around 7 percent in rural markets currently, but is aggressively targeting to take this to 30 percent.

The company believes the Triber's people-carrying capacity – along with its style and features – will make it appealing to rural buyers, in addition to urban customers. Speaking to the media at the launch of the compact seven-seater, Renault India MD Venkatram Mamillapalle said, “The Triber offering is the perfect fit for both urban and rural requirements and it comes at the right price points.”

He also added that the company took over four years in designing the Triber and involved between 300 and 400 customers, from both rural and urban areas, in the process for input and feedback. He is thus confident that the needs of both sections of customers will be met.

The idea to also put focussed efforts on the smaller and rural markets is not new and Renault still have some catching up to do in the area of reach, especially with respect to market leader Maruti Suzuki. However, Venkatram says he believes the current 350 touchpoints across India will give them a good start and he adds that they are working on doubling this number by the end of next year, with 400 outlets expected to be in villages. Primarily, this expansion will come by getting their current 120 dealers to open additional outlets, which could potentially also improve dealer profitability.

For now, the company has already displayed its new Triber in bigger cities and will move the displays to smaller towns too.

Asked for his thoughts on the slowdown in the auto sector, he said he believes it is slowly coming back and here too, he’s counting on the smaller towns, as the first reflection of anything coming up in the economy is seen in rural and small towns.