The Kwid is available with a choice of two petrol engines and a long list of segment-leading features. 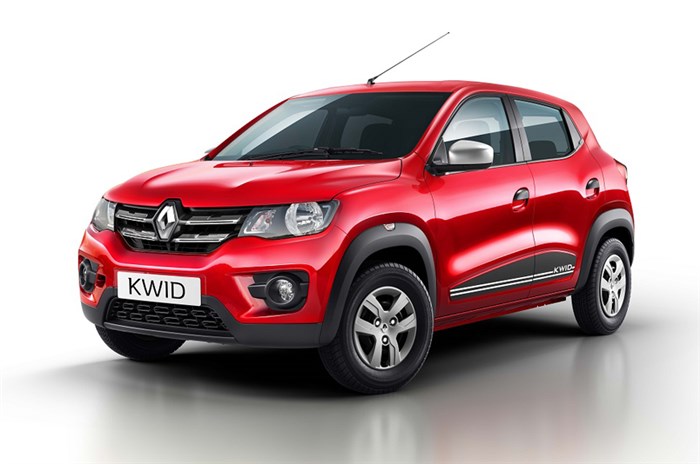 The Renault Kwid has crossed the 3 lakh-unit sales milestone in the Indian market. The budget hatchback has been on sale in our market since 2015 and has received only a few minor updates along the way. According to Renault, the Kwid’s manufacturing process features 98 percent localisation, and that helped keep the cost competitive.

The Renault Kwid budget hatchback is equipped with a list of segment-leading features, such as a 7.0-inch touchscreen infotainment system with Apple CarPlay and Android Auto (it is one of the cheapest cars to offer these features in our market), a digital instrument cluster, one-touch lane change indicators and speed-dependent volume control, to name a few.

The Kwid was updated earlier this year with additional safety features like ABS with EBD, driver’s airbag, a driver and passenger seatbelt reminder and a speed alert system as standard across all variants. While ABS had become mandatory on new cars from April 1, 2019, the other safety requirements will become mandatory for all cars manufactured in India from July 1, 2019.

The Kwid's engine options include a 54hp, 0.8-litre petrol or a more powerful 68hp, 1.0-litre petrol unit. Both the engines get a 5-speed manual gearbox, while the 1.0-litre Kwid can also be had with a 5-speed AMT automatic gearbox.

Renault is also working on a facelift for the Kwid hatchback that expected to be launched by the end of this year. Also in the pipeline from the brand is a new sub-four-metre, seven-seater called the Triber, which will be revealed on June 19 and launched in July 2019. The Duster facelift is also in the works and it is going to get new front styling, safety upgrades, and BS6 engines.