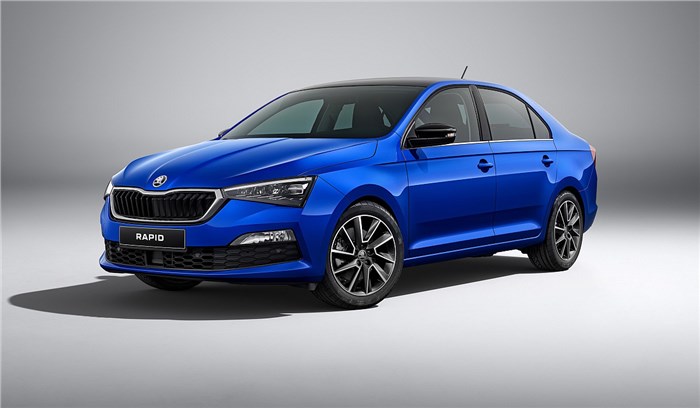 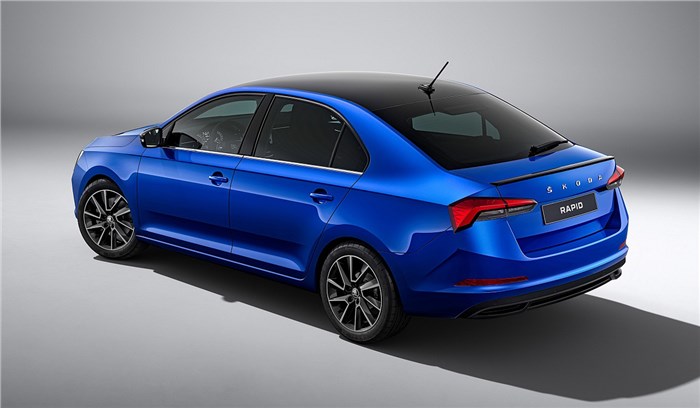 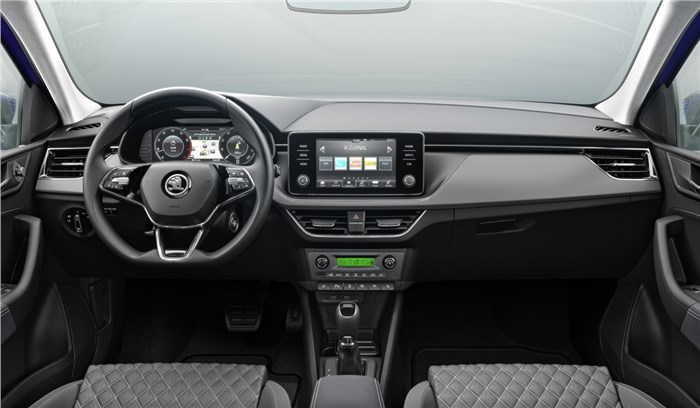 Skoda has revealed a first set of images and details of the revised version of the Rapid sedan that’s sold in a few European markets and Russia. The new Rapid will go on sale in Russia first, followed by other countries.

For those not in the know, Skoda builds two versions of the Rapid sedan, the one India is based on the smaller PQ25 platform while the one sold in Europe and Russia is based on the larger PQ35 platform and is positioned in a higher segment than the India-spec car.

Coming back to the updated Rapid, the model now gets fresh styling language that was seen first on the Scala hatchback. Up front, the headlights, grille and bumper are all new, with higher variants getting LED headlamps as standard. On the sides, the Rapid continues to feature the same looks as the earlier version. At the rear, however, the new Rapid gets major changes, with new-look tail-lamps and a slightly altered boot lid and rear bumper. The refreshed car also gets Skoda’s new branding, which will become common to all of the carmaker’s models globally. The Rapid for Europe and Russia continues to be sold with the same 1.6-litre MPI and a 1.4-litre TSI engine option, mated to either a manual gearbox or a DSG, depending on the powerplant.

For India, the current-gen Rapid will soon get minor tweaks and a new BS6-compliant 1.0-litre TSI engine that will replace the 1.2-litre TSI petrol. This means, the new 1.0 TSI engine could effectively be the only powertrain on offer for the Rapid, as VW's current 1.5-litre diesel will not be upgraded to meet the stricter emission norms that come into force from April 2020. This new 115hp/200Nm, 1.0-litre TSI engine will also see duty on the Volkswagen Vento for the Indian market, followed by more new products in future.

As part of the India 2.0 plan, Skoda will introduce a heavily localised version of the MQB A0 platform and call it the MQB A0 IN for our market. This new platform will form the basis of a new Creta-rivalling SUV first, and will later spawn an all-new sedan that will eventually replace the current PQ25 platform-based Rapid in our market. It will also be used by Volkswagen in India for their future model range.