The Pininfarina Teorema features holographic AR displays and autonomous driving, where the interior has been designed to be a social place. 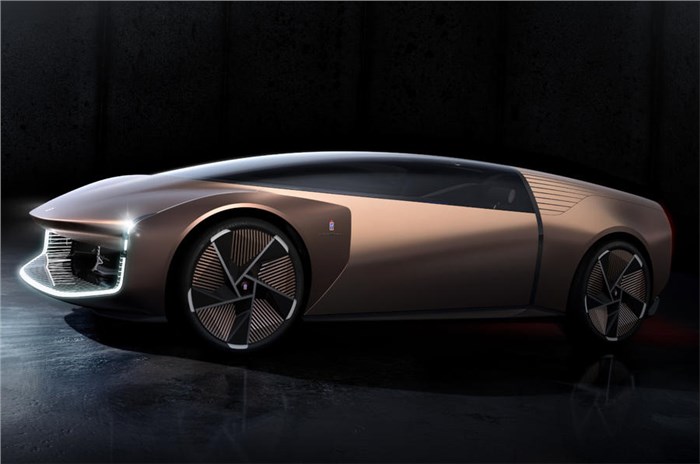 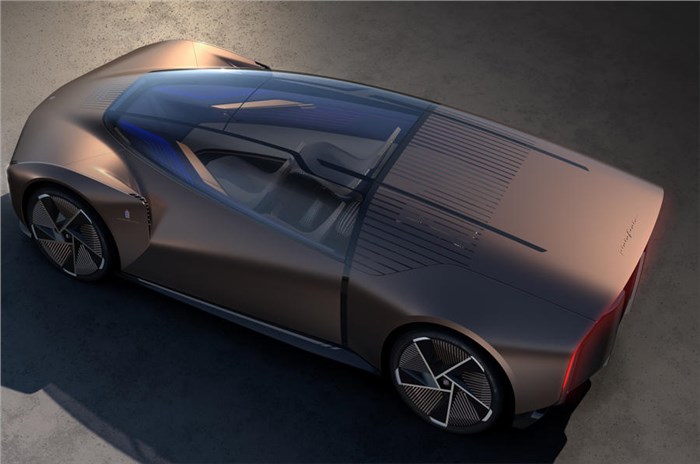 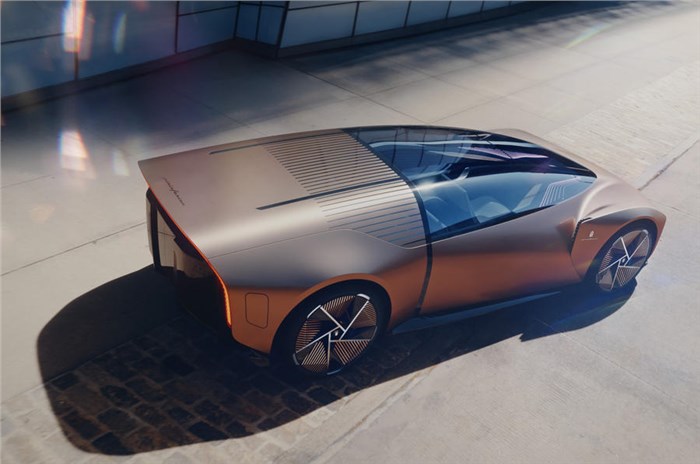 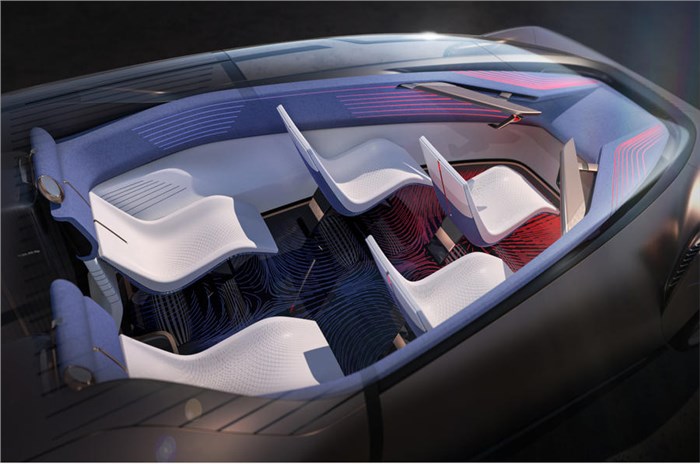 Mahindra-owned Italian design company Pininfarina has showcased a new, virtually developed concept car that has been dubbed the Teorema. The Pininfarina Teorema is the brand’s first 100 percent virtually developed concept car. It is based on an electric skateboard platform and even features holographic augmented reality (AR) display that has been developed in partnership with Swiss firm WayRay.

Pininfarina Teorema: what is it?

Although it exists only virtually, the Teorema has quite a large footprint, measuring 1,400mm tall, 5,400mm long and 2,200mm wide. Sitting on an electric skateboard platform, the car has no side doors to improve rigidity and lightness. Instead, passengers walk through the rear of the car to a pressure-activated floor that guides them to their seats. 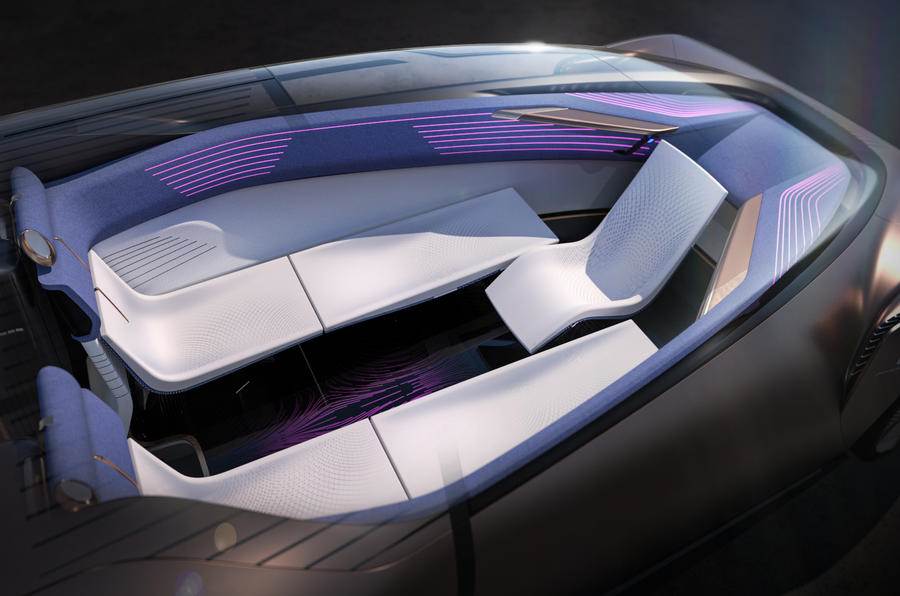 The interior of the Pininfarina Teorema has been designed to resemble a living room.

With such a large footprint, the Teorema is ultra-spacious on the inside. In fact, the firm describes the concept’s interior as “like entering a living room”. The front three seats, including the driver’s, can be changed to a lounged position and be turned to face the other passengers. The roof also extends upwards and forwards.

The Teorema features three driving modes – Autonomy mode for autonomous driving, Drive mode and Rest mode. In the Rest mode, the interior becomes a social space where passengers can move to any desired position. The car's five seats are laid layout in a 1+2+2 format and adjust according to the drive mode selected. 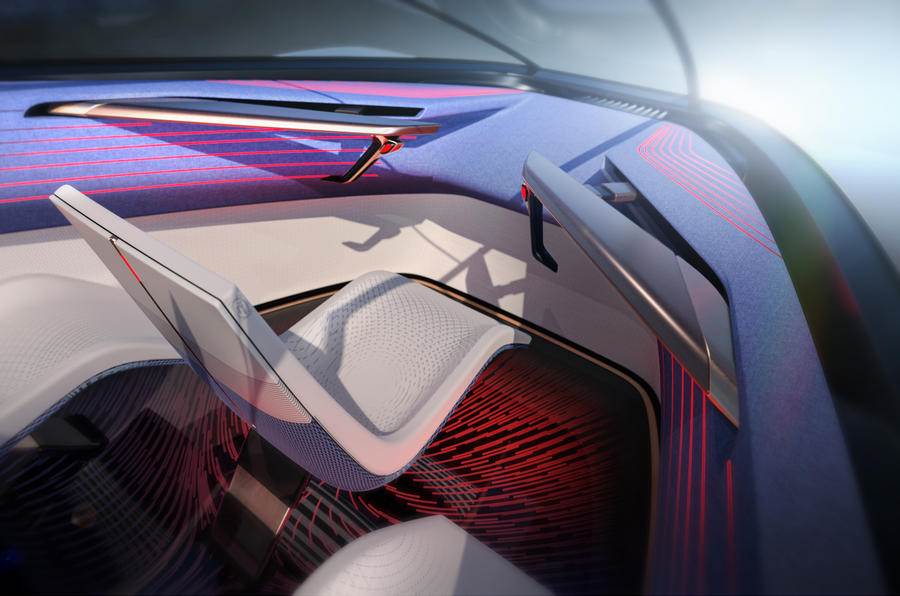 The Teorema has dedicated autonomous and drive modes, along with a rest mode.

Kevin Rice, Pininfarina’s chief creative officer, said, “Pininfarina has always looked to the future using concept cars as an innovation tool, to chart the direction and introduce new visions in terms of usability and technology in the automotive industry.”

He further added, “Teorema, in particular, wants to return to people the pleasure of being in the car, driving and travelling, without the frustrations of increased congestion and other compromises, yet integrating AI, 5G and the latest technologies to drive passengers towards new incredible experiences along the journey,”

The Teorema uses an AR head-up display implemented by WayRay, which utilises an advanced driver-assistance system (ADAS) and driver navigation to provide useful traffic information and warning against potential road dangers. Passengers can view content relating to the environment, local attractions and the landscape, trip details and games. 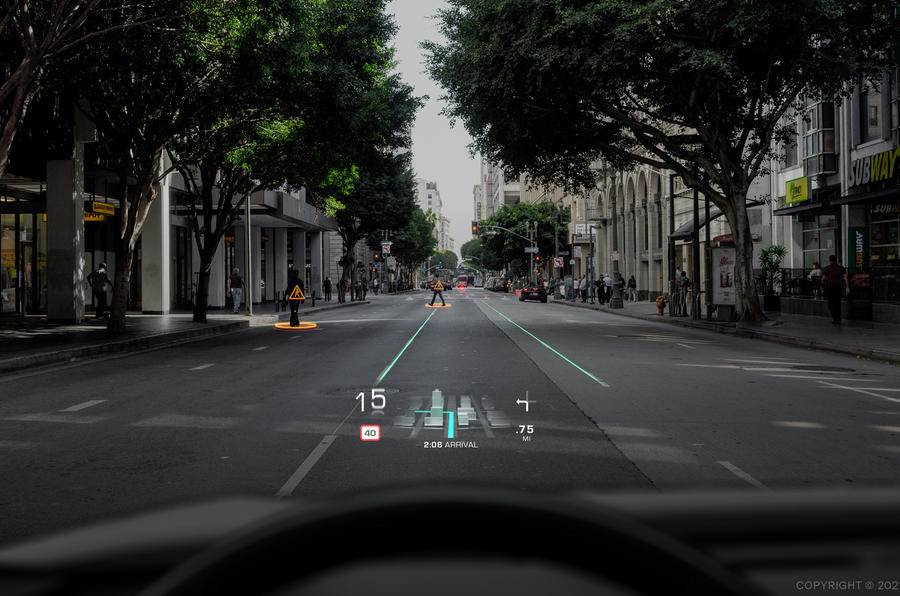 The concept was designed by teams from Cambiano in Italy and Shanghai, and although it is unlikely to hit the road any time soon, WayRay says many of the AR technologies featured in the car could be available to passengers in the future.

The Pininfarina design company was founded in 1930 and they are most known for having designed many models for Ferrari, Maserati, Alfa Romeo, Lancia and even Rolls-Royce. Back in 2015, the Italian design house was acquired by the Mahindra Group.

The firm is currently working on its first in-house model – the all-electric Battista hypercar – which was announced by Mahindra a couple of months ago that it will go on sale overseas sometime in early 2022. Pininfarina has its eyes set on developing a five-model family by 2025, with the Battista the first of the lot. Following the Battista is an all-electric luxury SUV that will debut in 2022.

Pininfarina Battista to go on sale early next year

Pininfarina Battista nears production as Heidfeld takes to the track