We pick our show stars from the models on display at this year's Auto Expo. 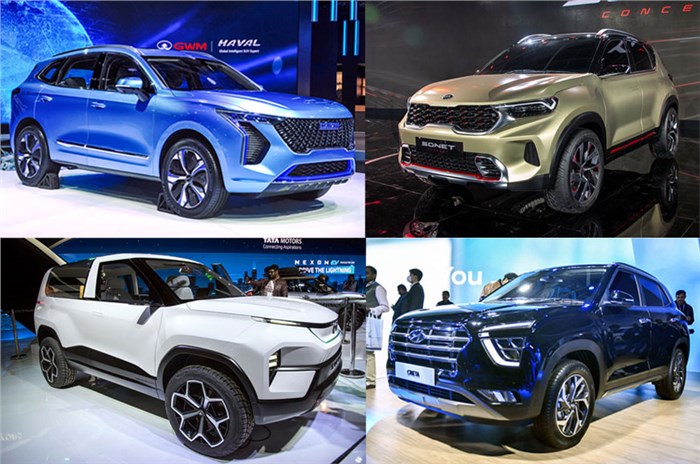 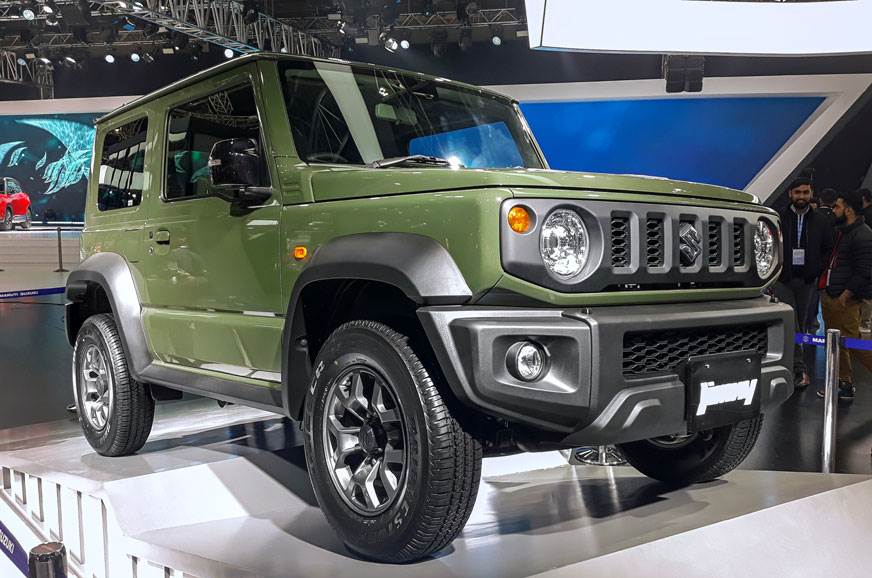 It was the Tata HBX all along, but then on Saturday, Maruti Suzuki unveiled the Jimny which completely stole my heart. There’s something utterly endearing about the Jimny’s honest and unassuming character. This pint-sized, boxy SUV has the look of a scaled-down Merc G-class, and riding on rigid axles, it's as old school as it comes. It’s a 4x4 that punches above its weight, just like Suzuki Motor Corp does on the world stage. 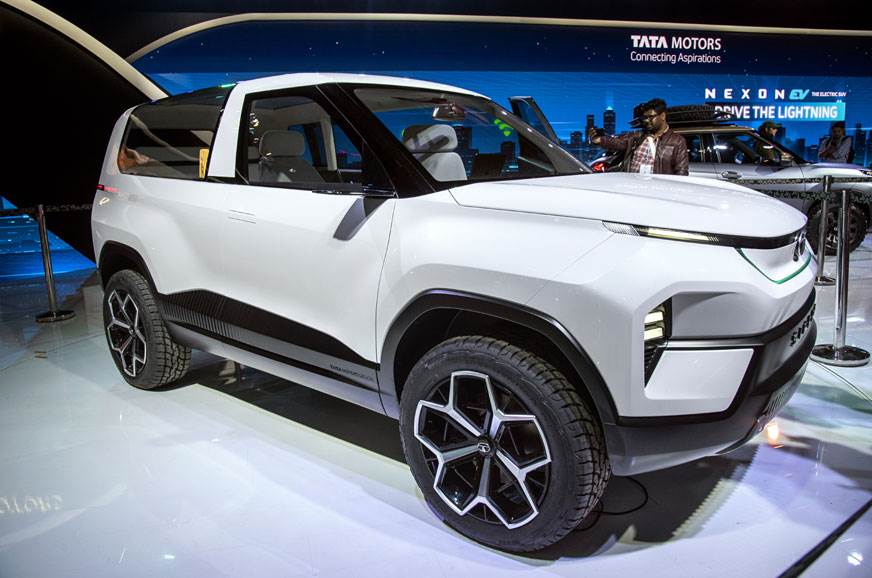 Easily the most impressive show car at the Auto Expo, the Tata Sierra Concept is my star. It is rooted in the past, forward-thinking and superbly styled – all at the same time. To begin with, it is arguably India’s first neo-retro car that has a distinct identity of its own. And I just love that massive glass area at the back. Then, apart from those large rear windows, there's loads of original and very smartly designed bits, like the inset nose. But what really impresses is that Tata is likely to put it into production sometime in the future. 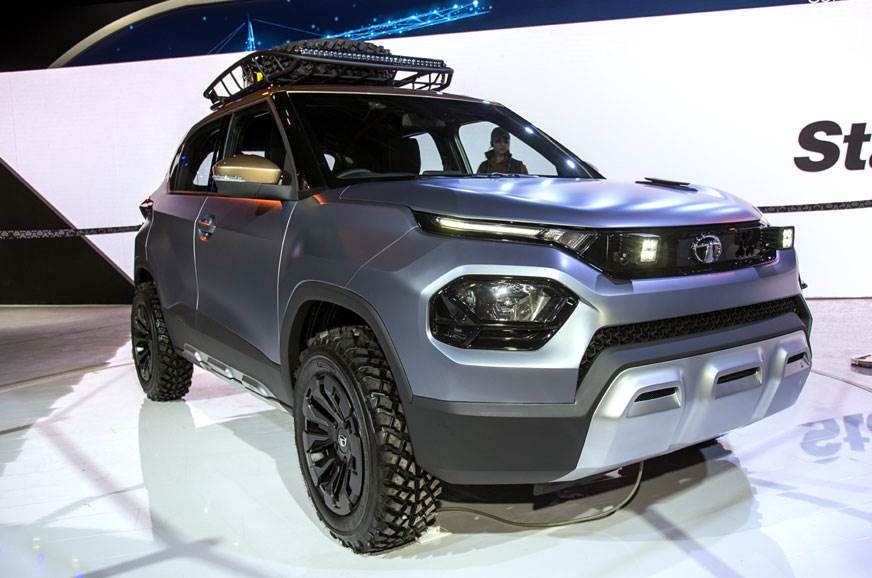 Many loved the Sierra concept, and though it definitely caught my eye, it was the more honest, close-to-production HBX that really impressed me. The muscular styling makes it look tough, while the soft-touch plastics on the interior give it a quality feel. There is a lot of attention to detail and it feels spacious for its size. The HBX is one launch I’m looking forward to this year. 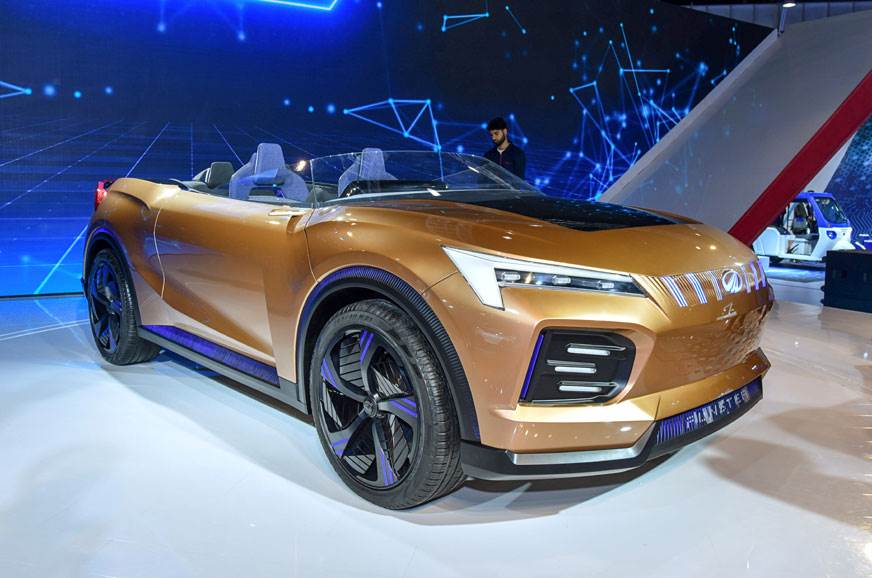 Let me start by saying I’m not a fan of the Funster’s look. There’s just too much happening, and that’s before you even talk of the scissor doors. To me, the highlight is what’s hidden from view. The 313hp dual-motor powertrain with full-time AWD, the 59.1kWh battery pack with a range of 520km…these are details and specs of great interest and show Mahindra’s long-term intent of going big with EVs. The best bit? The powertrain will make production in the future. A 300hp, all-electric XUV500? Yes, please! 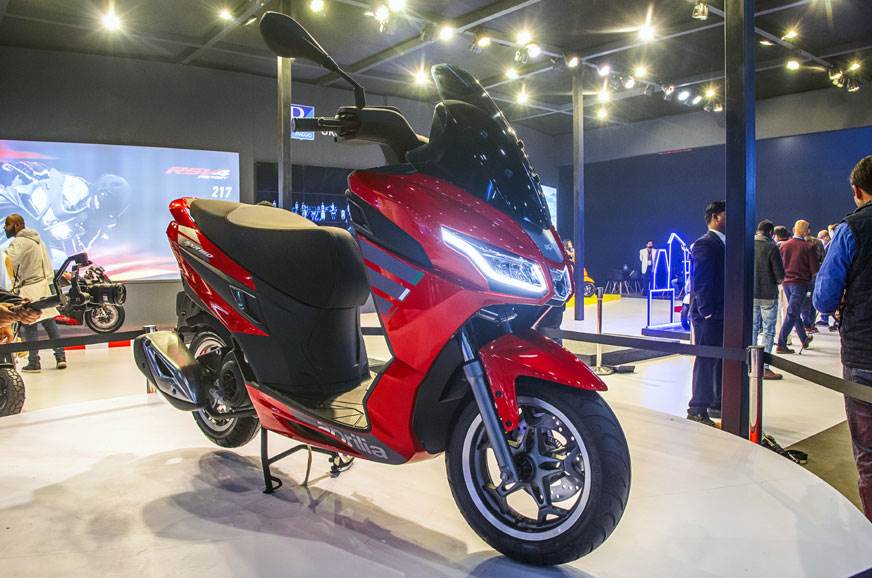 There really wasn't much of a choice when it comes to my pick from the two-wheelers on display, and the answer is obvious – Aprilia's snazzy new SXR 160. This handsome maxi-styled scooter promises strong performance, as well as more comfort and practicality than the old SR 150. It will go on sale in September and should prove to be a game changer just like the SR was. 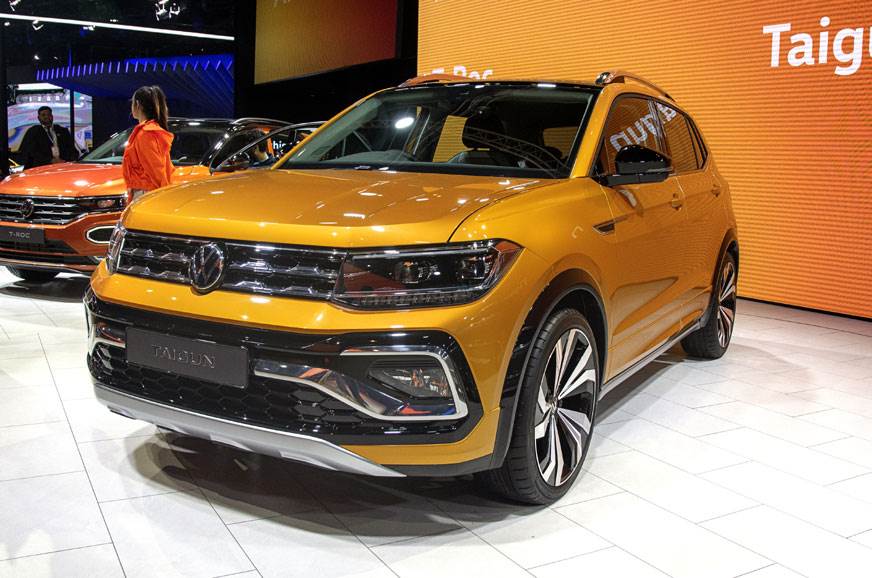 The 'Taigun' name is not new to India. For those who don’t know, the concept form of the SUV with the same moniker was shown at Auto Expo 2014. VW has now resurrected the name for its India SUV.  This is the make-or-break product for the German brand in India, and from the SUV's looks and what lies under its skin, VW seems to have done its homework well this time around. Given its high amount of localisation, this could be the product that brings buyers back to VW India showrooms. It’s a shame there won’t be a diesel engine though.  I'd love to see the model come to the Indian market sooner than its 2021 launch. 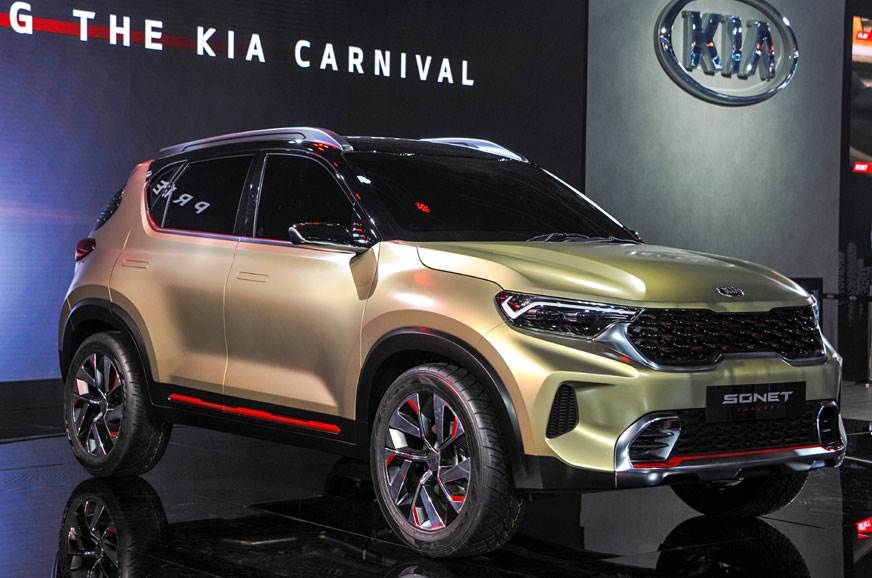 The Kia Sonet is my pick for the Auto Expo for one main reason – it looks great. I'm not a fan of the split headlamp design trend that seems to be popular these days, and Kia has given the Sonet a conventional design that's likely to age a lot better. The car's overall stance, its squared-out haunches, the flat front end, and the fact that the production version will get ventilated front seats make the Sonet a winner in my book. In fact, I think I’ll probably buy one if it delivers all that it promises. 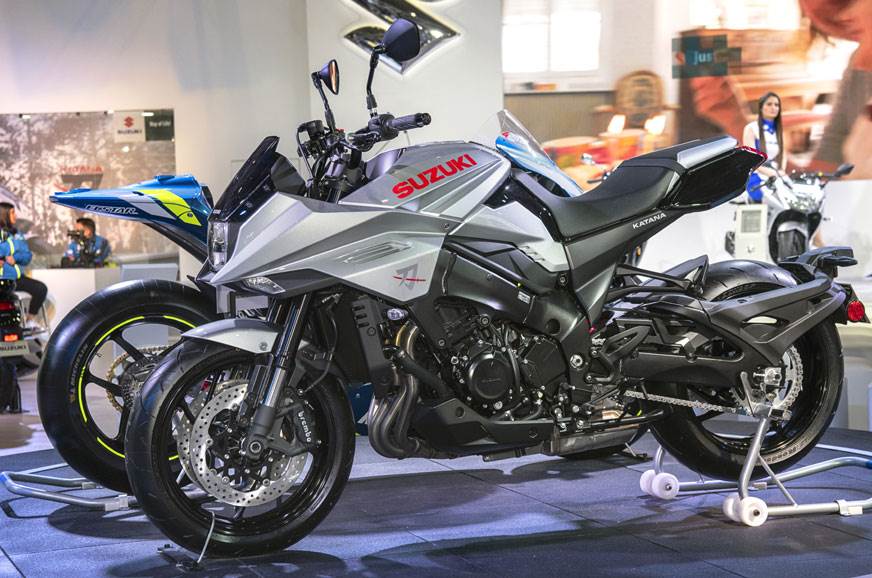 The Suzuki Katana was the showstopper at the Auto Expo 2020. What caught my attention was its styling. A mix of flat surfaces and creases, this litre-class machine pays homage to the legendary Suzuki Katana from the '80s. I hope Suzuki India launches this one-of-a-kind machine, simply because it looks so captivating and is unlike anything else on our roads. 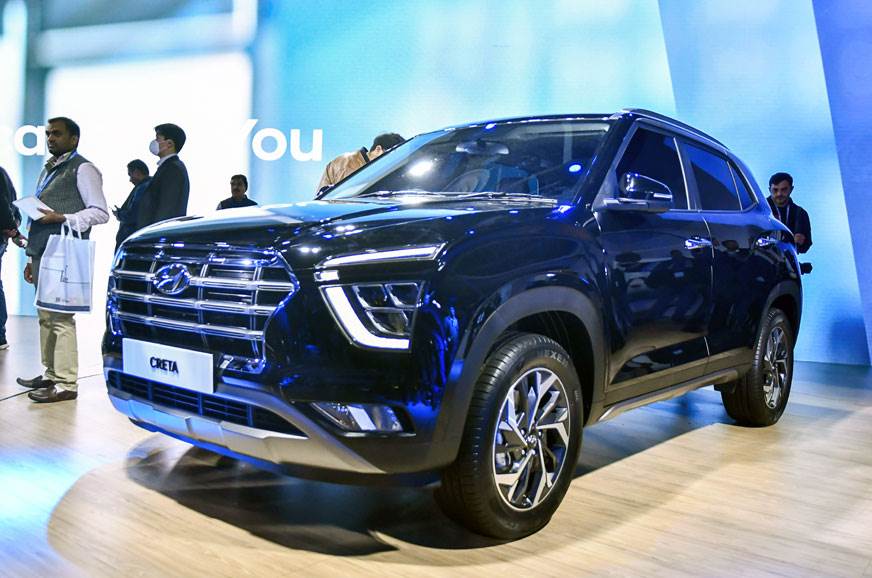 After the blistering success of the first-gen Creta, Hyundai had a high bar to clear when it came to the replacement model. Instead of playing it safe, it designed the new Creta with radical styling. One would wonder: why? In this burgeoning midsize SUV segment, the company didn’t intend to make just another contender and wanted the Creta to stand out in the sea of conventionally styled models. And it’s due to this ability to dare and think outside the box that the Hyundai Creta gets my vote. 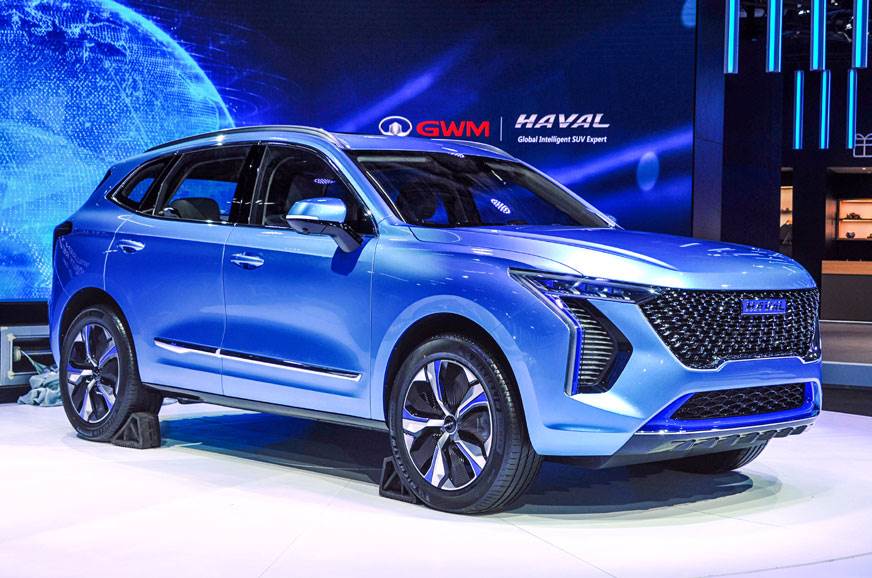 Great Wall Motor made quite a statement with its maiden India outing, and the highlight at its stand was the Haval Concept H. Making its global debut at the biennial show, the Haval Concept H has the bold, blingy face and the muscular profile India's SUV buyers dig. Also, its futuristic, spacious and high-quality interior adds the wow factor to the package. What's more, the Concept H – showcased as a plug-in hybrid – seems close to being production-ready, and is likely aimed at India's burgeoning midsize SUV segment. Great Wall is intent on making an impact in India when it launches the Haval brand in 2021, and the Concept H hints at a strong start to its journey.