World’s best-selling EV will come in as a CBU; pricing likely in the Rs 40-50 lakh bracket 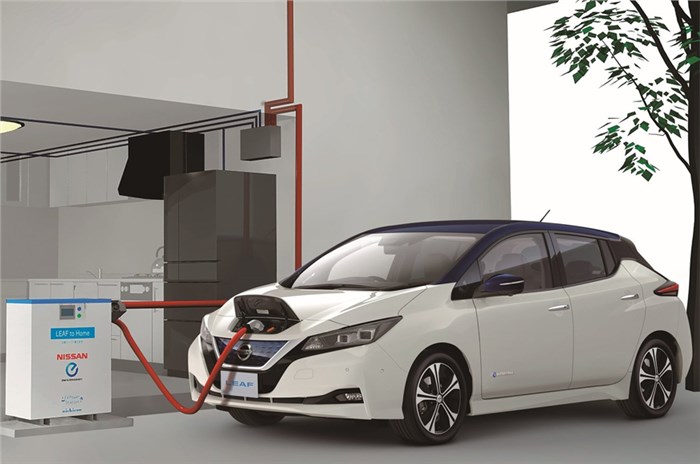 As we had reported earlier, Nissan has been keen to bring the Leaf EV to India for quite some time now. The model will finally go on sale in the latter part of 2018, most likely in the fourth quarter. The world’s best-selling EV it may be, but Nissan is not looking at big numbers for the Leaf in India. That’s because, the second-gen Nissan Leaf will be imported to India as a completely built unit (CBU) and in the absence of comprehensive subsidies to EVs, will be subject to the gamut of taxes on imported vehicles. With an expected price in the Rs 40-50 lakh bracket, the Leaf will be anything but a mass-market EV and is rather likely to be projected as a technology demonstrator for Nissan.

Pricing aside, the other challenge for Nissan will be making the Leaf compatible with India's standard charging infrastructure. The Indian government plans to have uniform charging infrastructure called Bharat EV Charger across the country but till the time the network becomes widespread, the Leaf would only make sense in pockets of India.

The second-gen Leaf is powered by a 40kWh battery (up 10kWh from the previous-gen vehicle) and makes 140hp (up 40.4hp from the current 30kW battery range-topper). The claimed range for the Leaf is 400km (up by 280km) under the Japanese driving cycle and 380km (up by 129km) under the New European Driving Cycle.

We drove the Leaf earlier this year and came away quite impressed with its range of abilities. Question is, would you put Mercedes money on a Nissan? Let us know in the comments section below.