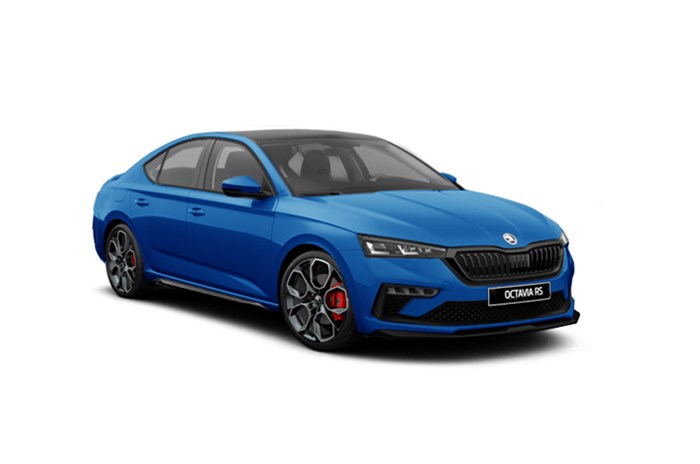 Just a few days after the next-generation Octavia was leaked online, a new image has surfaced of the sporty RS version of the upcoming sedan. The image reveals a few key design changes that will help set distinguish it from the standard Octavia.

While the overall styling stays similar to the next-gen Octavia, the RS gets some design tweaks to establish it as the go-faster variant. Up front, it gets angular LED headlights and a restyled front bumper. The front grille gets an all-black treatment and so do the side skirts and front splitter. The fog-lamp housing too is finished in gloss black to further the car’s sporty appeal. The leaked image also shows that the next-gen Octavia RS will get a different design for the alloys and red brake calipers as well. Among other things, the RS is also likely to get a bootlid spoiler and ‘vRS’ badging on the front grille and tailgate.

The interior is also expected to feature RS-specific tweaks like an all-black colour scheme, Alcantara trimmed seats with red stitching and vRS logos, and a customisable 10.25-inch touchscreen with an additional ‘Sports View’.

While engine details aren’t yet official, the next-gen Octavia vRS is likely to be powered by an uprated version of the current-car’s 2.0-litre four-cylinder turbo-petrol engine, which makes 245hp. The gearbox, as before, is expected to be a 6-speed dual-clutch automatic.

The Octavia RS has proven to be popular amongst enthusiasts in our country, with the company selling out all allocated units last year. Earlier this year, the carmaker was also evaluating the possibility of importing the more powerful Octavia RS245 under the new homologation rules.

The new Octavia, which is slated to launch in India by end-2020, will be underpinned by VW Group’s MQB platform, which means it is expected to be larger and more spacious than its predecessor. Under the hood, it is expected to come with a choice of turbo-petrol and diesel engines, along with mild-hybrid technology.