New MX-5 (Miata) could do 100kph in under six seconds, thanks to its new SkyActivX engine. 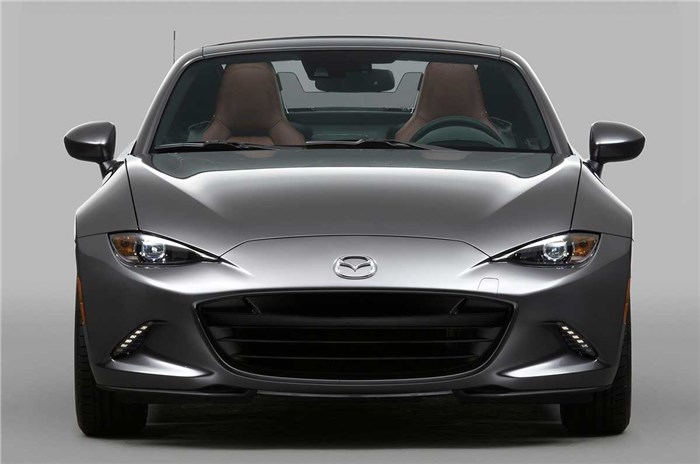 Mazda will unveil the all-new MX-5 in 2024. The new roadster, also known as Miata in some markets, will extend Mazda’s commitment to internal combustion engines.

The new MX-5 will receive Mazda’s newest and most advanced petrol-engine technology rather than a plug-in hybrid or battery-electric powertrain.

This could enable some petrol-powered Mazdas to remain on sale as their respective rivals go electric. The MX-5 in particular is a likely candidate, given that its relatively low sales volumes have a negligible impact on Mazda’s European fleet-average CO2 emissions.

Mazda has previously confirmed that a Skyactiv-X engine will be used only in all-new models that have been designed around it and its associated mild-hybrid hardware. The first cars to gain a Skyactiv-X engine were the Mazda3 family hatchback and its CX-30 sibling. Mazda has also previewed a new straight-six engine that could appear in the next-generation 6-executive car.

Skyactiv-X technology is now offered in various models without a turbocharger (the Mazda3 sedan is available in the US with a 2.5-litre turbo engine), which could mean that the MX-5 can stay true to its naturally aspirated roots in its fifth generation.

A small supercharger does feature as part of a Skyactiv-X engine, but only as a means of pressurising the air inside when it’s running on spark-controlled ignition (thereby avoiding the accelerative lag caused by a turbocharger).

Upgrading to the latest iteration of Mazda’s petrol-burning technology could make the next-generation MX-5 a more potent proposition, as the firm claims that the 2.0-litre four-cylinder Skyactiv-X engine produces around 30 percent more torque than the same-sized Skyactiv-G unit (used by the current, top-rung MX-5). This would most likely bring the 0-100kph time below 6.0 seconds.

The most recent version of the 3 packs only a tad more power with this unit (184hp, compared with the 2.0-litre MX-5’s 181hp), but a low kerb weight and usable performance have always been higher priorities than outright power for the roadster. A manual gearbox will no doubt remain an option, keeping in line with the car’s enthusiast focus.

Outside the engine bay, the MX-5 is tipped to draw on the 'less is more' design language previewed by Mazda’s striking Vision Coupé concept, which was revealed two years after the current MX-5 was launched, and has since influenced the looks of the Mazda 3, CX-30 and MX-30. Therefore, angular LED headlights and a new-shape front grille are on the cards, although Mazda will steer away from its overtly aggressive design cues to not confuse the MX-5’s accessible positioning.

The overhaul will be extended to the cabin, where the roadster will be brought in line with its newer contemporaries, benefitting from Mazda’s visibly more upmarket new-age dashboard design complete with an updated infotainment, digital dials and sleeker switchgear.

Official details will be released closer to the model’s unveiling although Mazda has not given an official launch date. However, based on the lengthy life cycles of previous MX-5s, it can be expected to go on sale in 2024.

The MX-5 Miata has a cult following even in India, with quite a few privately imported units, despite Mazda not being present here officially. There is no news of the new MX-5 making it to our shores anytime soon.