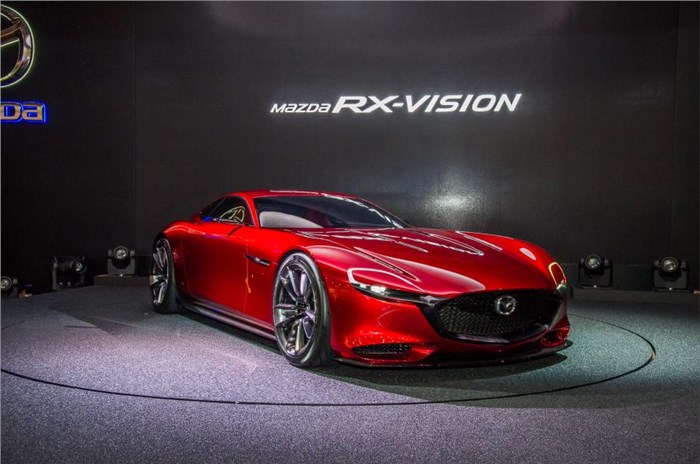 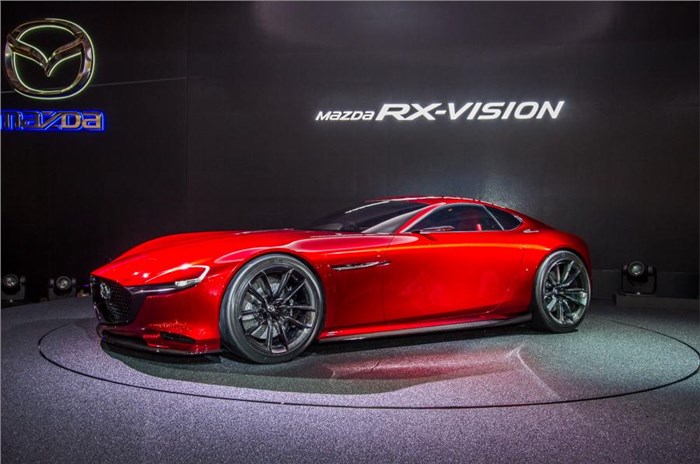 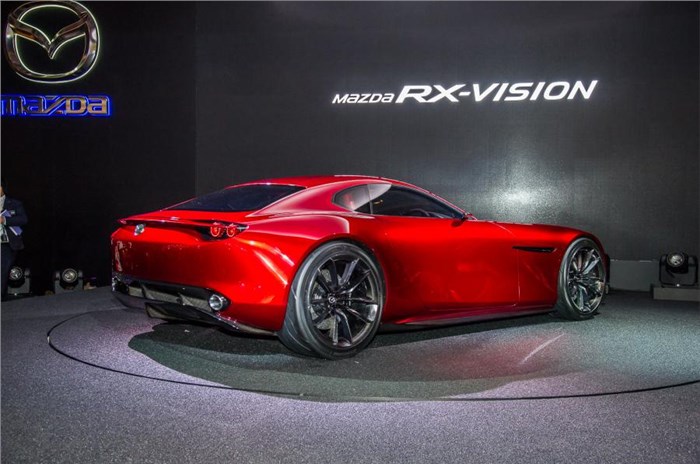 The rotary engine sportscar hints at the new Mazda RX-7; might see a production version in 2017

Mazda presented the RX-Vision concept at the 2015 Tokyo motor show hinting at the return of the RX-7 sportscar. The concept sits on a unique SkyActiv rear-wheel-drive platform, unrelated to the MX-5. The production version is set to be dimensionally smaller than the concept car. The long bonnet and ample curves project Mazda's design philosophy which is to achieve alluring forms through simple design.

Inside, the concept follows the same theory featuring only the necessary controls for a more driver-engaging experience. The two-door, two-seat coupé is officially described as being “Mazda’s vision for the ultimate in front-engine, rear-wheel drive sports car styling”. Powering the RX-Vision is an all-new next-generation rotary engine called SkyActiv-R. The engine is believed to solve the three primary problems with the rotary – fuel economy, emissions and reliability. Power should be around the 300bhp mark given the competition it is against. Mated to the engine will most likely be a manual gearbox, but a dual-clutch gearbox might be required should the performance improve further.

The RX-7 is likely to rival reigning sportscar champion, the Porsche Cayman. Also present at the Mazda stand will be the 967 Mazda Cosmo Sport 110S, the company’s first rotary- powered mass-production model. The launch of the RX-7 in 2017 will mark 50 years since the launch of the first rotary powered Mazda. The concept "represents our dream, but we don't want it to be a dream too long", said Mazda design boss, Ikuo Maeda.