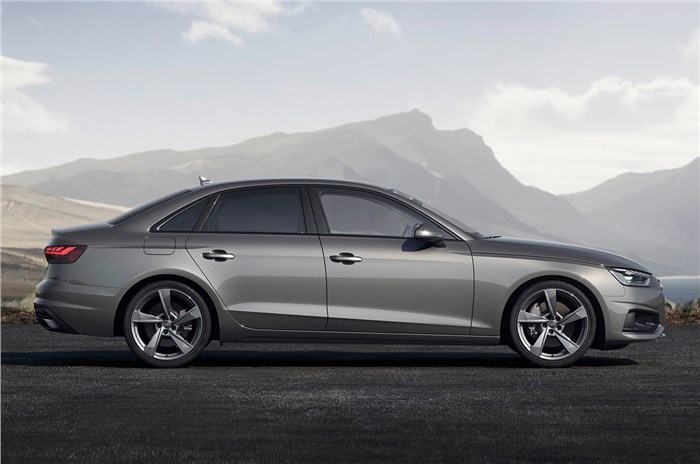 Sixth-gen A4 to get standard combustion engines hybrids and all-electric e-tron variants; to debut by 2023.

The upcoming sixth-gen Audi A4 line-up will include an electric-only four-wheel-drive performance RS model and a hybrid RS4 underpinned by two different platforms, according to well-placed Ingolstadt insiders. One platform will be used for combustion-engined hybrid variants and the other for pure-electric models.

All new Audi A4 to get hybrid engine options

The sixth-generation A4 is due to make its global debut by 2023 and, like its predecessor, Audi’s long-running BMW 3 Series rival will continue to be sold in sedan and estate (Avant) bodystyles based on a modified version of the existing MLB platform, which underpins a wide variety of other Volkswagen Group models. The new A4 will offer a range of upgraded petrol and diesel engines equipped with either mild- or plug-in hybrid assistance and offered in both front- and four-wheel-drive (quattro) layouts.

Among the changes made to the MLB platform used by petrol and diesel versions of the new A4 is a modified rear structure to package a 14.4kWh (usable) lithium ion battery. Set to feature on upcoming plug-in hybrid A4 models, it is the same battery used by plug-in versions of today’s Q5, A6 and A7. It is also found in the Porsche Cayenne E-Hybrid and Panamera E-Hybrid.

Further developments include a new electric architecture with 48V capability which will enable the adoption of additional functions such as the Dynamic All-Wheel Steering system and level two autonomous driving functions currently being developed by Audi’s Car Software division.

Markus Hoffmann, head of R&D at Audi, said, “We already have electrification modules today, from mild hybrids to plug-in hybrids – and we will be focusing even more intensively on electrification in the cars that follow.”

Electrification will extend throughout the range, all the way up to the successor to the RS4, which will retain today’s twin-turbocharged 2.9-litre V6 petrol engine but is in line to receive electric assistance that will lift its output beyond the 450hp and 600Nm of the existing model.

Also under development is the new pure-electric A4 E-tron. Set to challenge the Tesla Model 3 and newly unveiled BMW i4, it is based around the Premium Platform Electric (PPE) architecture that has been developed in a joint engineering programme between Audi and Porsche.

The PPE platform used by the A4 E-tron will be shared with the upcoming Audi Q6 E-tron, as well as an electric version of the second generation Porsche Macan currently under development. The architecture will also underpin the new A6 E-tron, recently revealed in concept form and which, like the A4 E-tron, will be sold alongside its combustion-engined namesake until petrol and diesel are discontinued.

The new electric A4 is set to adopt broadly similar exterior styling to its combustion-engined siblings but will be differentiated visually by a blanked-off grille and other unique design elements to further improve aerodynamic efficiency. Although not yet confirmed, it is likely to feature a five-door layout with a liftback-style tailgate similar to today’s A5 Sportback.

The A4 E-tron will be sold with a choice of single-motor rear-drive and dual-motor four-wheel-drive (quattro) layouts when it arrives in 2024.

The line-up will be crowned by an electric RS performance model from the Audi Sport division, packing up to 476hp and 800Nm.

Moving to the Indian market, Audi re-introduced the current-gen A4 sedan in India earlier this year with updated styling and a 2.0-litre turbo-petrol engine option. This was followed up by the updated S5 Sportback with a host of other launches also lined-up for the rest of the year including the new Q3, the facelifted Q5 and Q7, as well as the updated RS6. The carmaker is also lining up the launch of its current flagship all-electirc models, the e-tron SUV and e-tron Sportback coupe SUV this year.