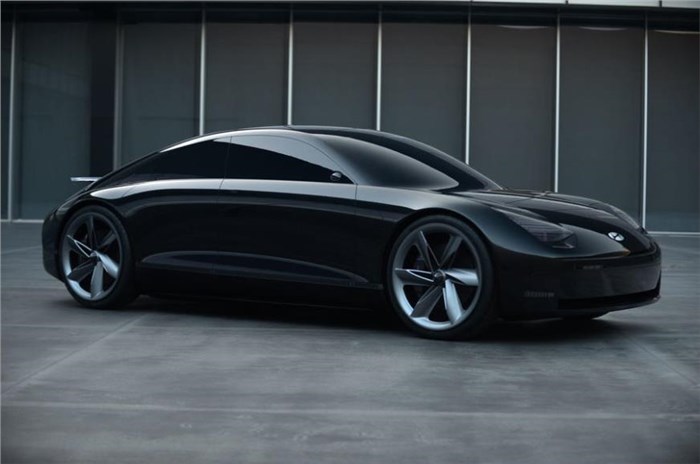 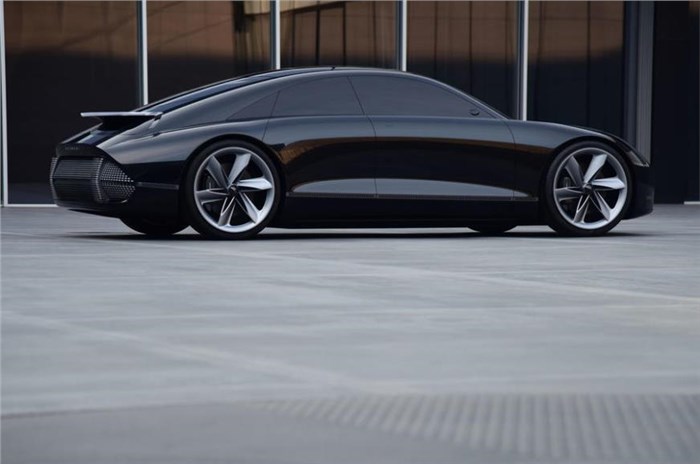 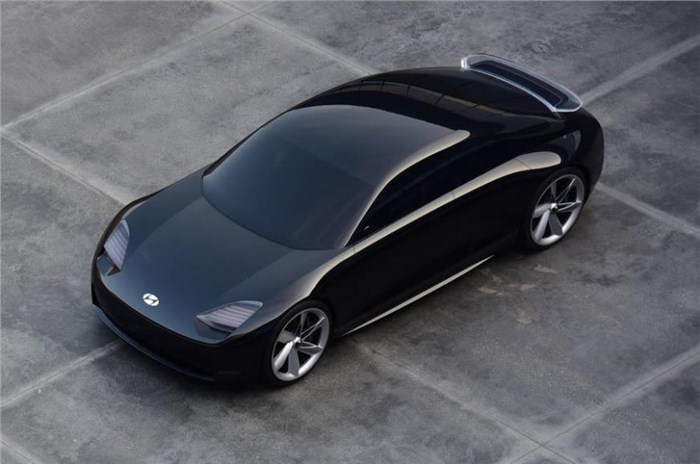 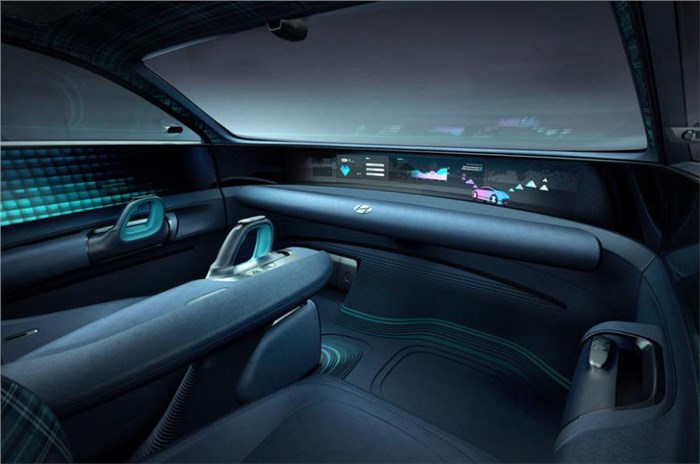 Hyundai has taken the wraps off the new Prophecy – a performance car concept that shows what you can expect from the next generation of electric Hyundais.

It is an evolution of the Korean manufacturer’s ‘Sensuous Sportiness’ design language that's also seen on India-bound models like the upcoming Creta and i20. The concept combines the compact proportions of last year’s 45 concept, with the dramatic curves of the Le Fil Rouge sedan which recently made its India debut at the Auto Expo.

Said to have been designed with a focus on aerodynamic efficiency, the Prophecy features a heavily raked roofline, minimal bodywork creases, and innovative propeller-style wheel designs that help channel air down the side of the car’s body.

An integrated rear spoiler is fitted for greater stability at high speeds, while short front and rear overhangs hint at the Prophecy’s dynamic potential.

There's no blanked-out grille, which shows that bespoke electric vehicles from Hyundai are likely to take a styling direction different from their combustion-engined counterparts.

Extended wheel arches emphasise the Prophecy’s long and low profile, and the EV’s sleek body marks a departure from the styling of the 45, which took inspiration from Hyundai’s first-ever car by focusing on straight lines and sharp angles.

The Hyundai Prophecy’s beltline descends towards the back, meeting the roofline and ending at a sharply angled rear end that’s designed to make the car appear as if it’s always in motion.

Technical details of the sedan’s powertrain remain a secret, but we do know it’s based on a new EV architecture that enabled Hyundai to achieve what it calls “the ultimate automotive form”.

The battery pack is housed under the floor, hence there's a prominent air intake under the Prophecy’s front bumper, which is claimed to cool the power cells more effectively, thus enhancing efficiency.

Several new design features of the Prophecy can be expected to migrate to production cars in the coming years. The pixelated front and rear light clusters, for example, will become “a signature design element” of future Hyundai models.

However, it’s unlikely the transparent component housings featured on the spoiler, headlight, and camera monitoring system will make their way to showrooms.

The concept is designed for self-driving, so it eschews a conventional interior layout in favour of one that prioritises space and refinement.

Rather than a steering wheel, there are joystick-style levers either side of the driver’s seat. Hyundai says this improves all-round visibility and allows for a more comfortable driving position, while a futuristic ‘relax mode’ function takes advantage of the car’s autonomous capabilities by reclining the passenger seats and swivelling the dashboard to maximise the space inside.

Added luxuries include a thick wool carpet and an air-con system that circulates purified air throughout the car before cleaning it and releasing it into the surrounding atmosphere.

Staying on the subject of EVs, the Korean automaker’s mass-market range in India currently consists of the Kona Electric SUV that comes with a 39.2kWh battery pack and 136hp electric motor. The company is also working on a more affordable EV for India, slated to break cover in the next two to three years, according to Hyundai Motor India MD and CEO, S S Kim.