India-spec Honda CR-V diesel to come with a single-turbo 120hp engine instead of twin-turbo 160hp variant. Expected to launch in October. 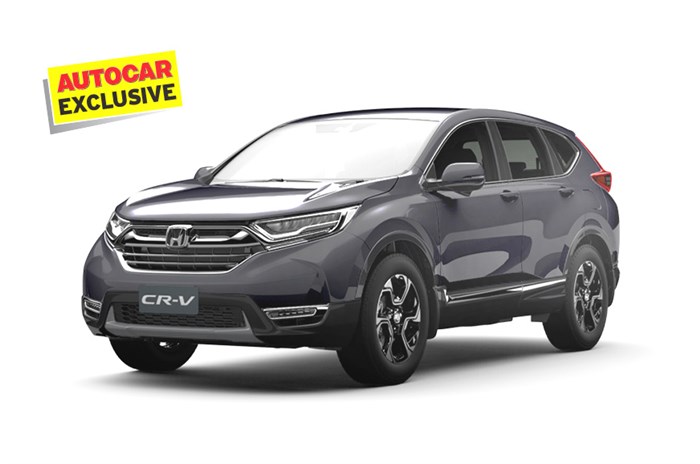 Honda is all set to introduce its all new CR-V in India sometime in October. And it won’t be just a model change. This time around, Honda is determined to make the all-new car even more appealing. So to cater to Indian car buyers the SUV will be larger on the inside, come with seven seats and, for the first time, will also get powered by a diesel engine. However, the Honda CR-V diesel for India won’t be the more powerful twin-turbo 160hp version sold in markets like Thailand, but a lower-powered, single-turbo unit that puts out a lower 120hp. Done primarily to keep costs down, Honda, however, claims the lower-powered version has been tuned to deliver real-world performance.

So while maximum power is down on the twin-turbo version, the single-turbo unit delivers a healthy 300Nm of torque, compared to the twin-turbo’s 350Nm, which should help deliver similar effortless performance at low and medium speeds. What will also help is that Honda has retained the nine-speed automatic gearbox, essentially the same transmission as the more powerful variant, and, importantly, in an effort to boost performance, shortened the gearing. This will make the power more accessible when the driver needs it and low-speed performance as a result will improve considerably. This is partly why, equipped with the shorter gearing, the lower-powered CR-V can get to 100kph in a claimed 11.2sec, not too bad for an SUV of this size and weight. In fact, the more powerful 160hp CR-V is, interestingly, only a second-and-a-half quicker, with 0-100kph coming up in an also claimed 9.7sec.

What will also help keep prices down is the fact that Honda actually manufactures many of the 1.6 diesel engine’s components here in India, most of which are for export. Expect the Honda CR-V diesel to come at a price of around Rs 28 lakh (ex-showroom) when it comes to showrooms in October this year.

Honda will not build a CR-V-based EV