Latest iteration of the RS3 is powered by a 400hp, 2.5-litre, five-cylinder turbo-petrol engine. 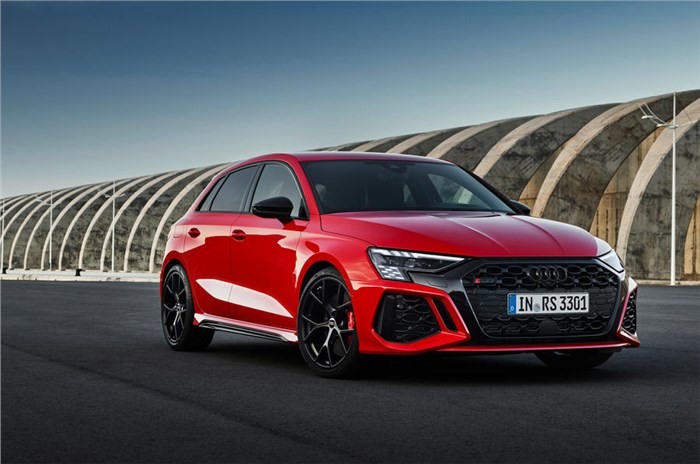 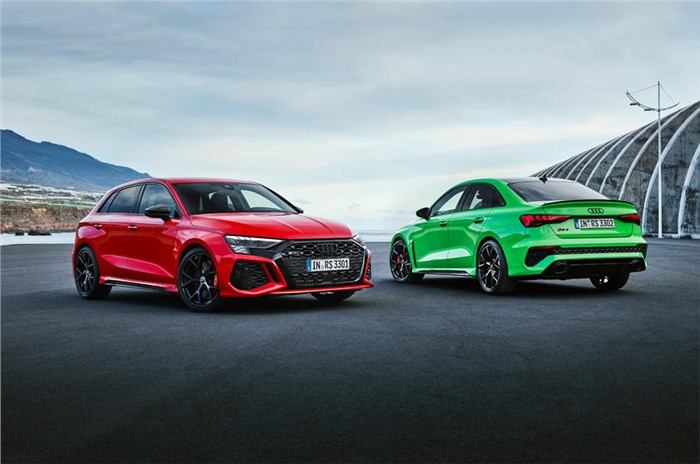 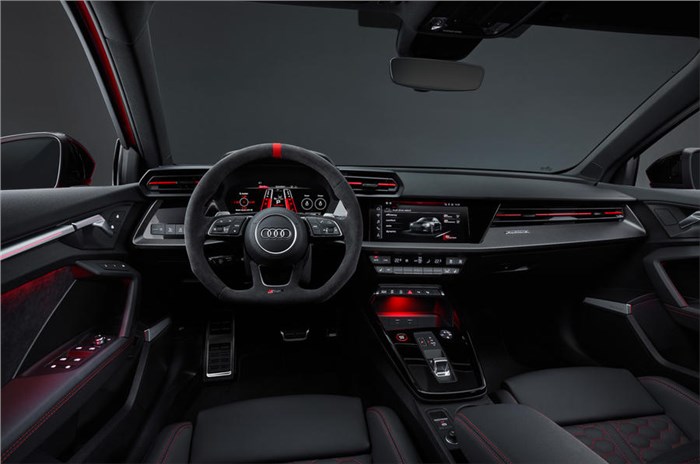 Audi has ushered in a raft of design, technology and powertrain upgrades for the new, third-generation version of its hardcore RS3. Revealed in hatchback and sedan forms, the RS3 will go on sale in the UK market in August, with the first customer deliveries due towards the end of the year.

Audi’s venerable 2.5-litre, five-cylinder turbocharged motor, named an International Engine of the Year on nine consecutive occasions, returns for the new arrival. As in the RS3’s larger RS Q3 sibling, it sends 400hp through a 7-speed dual-clutch gearbox to both axles. That’s sufficient to propel both the hatchback and sedan from standstill to 100kph in just 3.8sec and to an optional maximum speed of 290kph – figures that just edge Mercedes-AMG’s A45 S 4Matic for outright pace.

With 500Nm of torque available at 2,250-5,600rpm, the new RS3 is claimed to accelerate “even faster from low ranges” than its predecessor. Its maximum power output is available over a wider rev band, too.

Audi also highlights the “incomparable sound” provided by the motor’s unique 1-2-4-5-3 cylinder firing order, with a new noise-control flap in the exhaust opening at different points in the rev range, according to the selected driving mode, and an optional RS sports exhaust available for an “enhanced” engine note.

New for the third-gen RS3 is a torque splitter device, replacing the old car’s rear differential, which comprises a pair of electronically controlled multi-disc clutches to better distribute power across the rear axle. As well as reducing understeer under hard cornering, the new technology allows for “controlled drifts” in RS Torque Rear mode, by sending up to 1,750Nm of torque to each rear wheel as required.

The new RS3 gets a larger set of six-piston brake calipers, mated with ventilated and drilled discs on each axle that are claimed to be larger and more stable than the previous car’s, with cooling enhanced by 20 percent. Ceramic brake discs are available on the front axle, with the brake pedal curve tuned to match their boosted performance and the option of grey, red, blue or black calipers.

In some markets, Audi will also offer the RS3 with semi-slick tyres for improved on-track performance.

For this generation in particular, Audi has sought to differentiate the RS3 from the regular A3 by giving the hot model a bespoke front-end design comprising a contrasting black grille surround (either matt or gloss) that extends into the headlight clusters. The headlight cluster themselves are optionally available as matrix LED items with darkened bezels. The side skirts are finished in black, too, as are the wing mirrors, rear diffuser and, optionally, the roof.

Meanwhile, behind the flared front wheel arches is a new outlet that directs air along the side of the car. The axle track has also been extended over the old car’s by 33mm at the front and 10mm at the rear for improved handling and a wider stance.

Two new colours are available for the RS3: Kyalami Green and Kemora Grey.

It’s a similar treatment inside, where the general layout of the standard car is carried over but with a number of design flourishes to promote the RS3’s performance credentials. The instrument panel is made of carbon fibre, for example, and the sports seats are optionally upholstered in nappa leather with black, red or green contrasting stitching.

A 12.3-inch digital display is standard and features RS-specific tachometer and power usage graphics, including an ‘RS Runway’ design, which presents data “in a manner that visually resembles an airplane runway”, said Audi.

In 2021, Audi India reintroduced the current-gen A4 sedan with updated styling and a 2.0-litre turbo-petrol engine option and also launched the performance-oriented, updated S5 Sportback.

Audi’s next big launch for India is the all-electric e-tron SUV and e-tron Sportback SUV-coupe. The carmaker has begun accepting bookings for the two models, with the launch set to take place on July 22. Later this year, Audi India is also expected to launch the all-new A3 and Q3, along with facelifted versions of the Q5 and Q7.