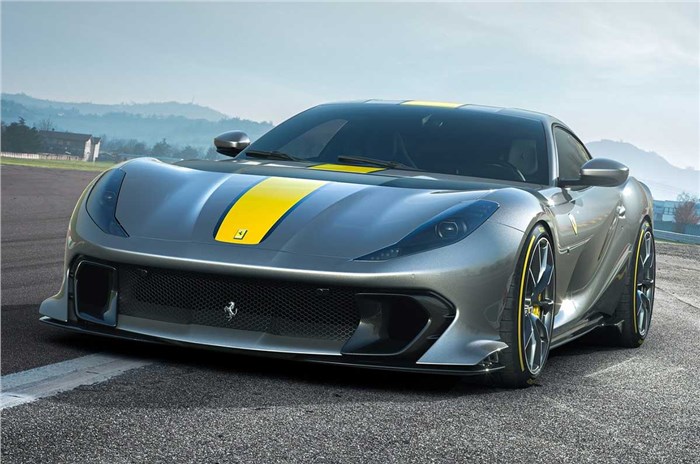 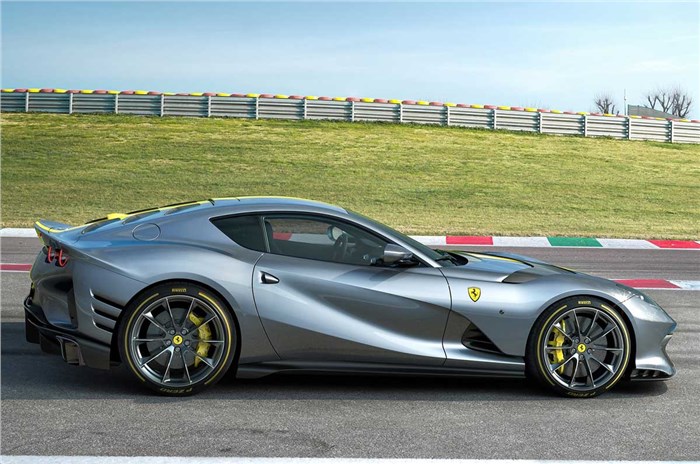 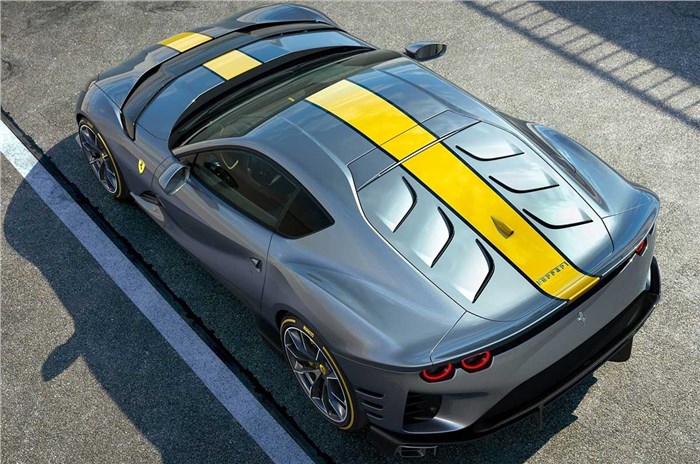 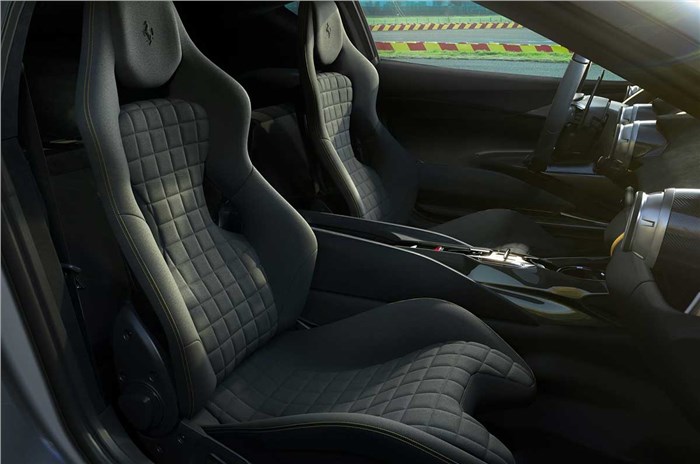 The new limited-edition 812 based supercar will have an 830hp V12 engine, making it Ferrari’s most powerful, naturally aspirated V12 ever in production.

Ferrari has showcased its latest V12-powered, limited-edition supercar that is based on the 812 Superfast. This continues the tradition that started with the 599 GTO and on to the F12 TDF, both of which were produced in limited numbers and came with large price tags. The new car, too, is expected to get a limited production run of a few hundred vehicles. Ferrari currently already makes the 812 Superfast, which is a coupe, and the 812 GTS, which is a droptop convertible. The official name for the new car will be revealed on May 5.

The new supercar will retain its 65-degree V12 engine, but it will now make a monstrous 830hp, up 30hp from the standard car. Incidentally, this is also Ferrari’s most powerful, road-going, naturally aspirated engine ever. Ferrari has given the engine a redline of 9,500rpm with updates to the valve timing mechanism, which, along with a new performance exhaust system, is bound to give this supercar a defining aural signature. The supercar will also get an updated version of Ferrari’s Side Slip Control and rear-wheel steering.

The new Ferrari gets big visual updates, with a new and much more aggressive front bumper and splitter, and a carbon blade that runs across the bonnet. The rear window has now been replaced with an aluminium structure that acts as a vortex generator and gives it a new silhouette with fastback styled look. The inbuilt spoiler is larger than before, resulting in more down force. The big change, however, is at the rear, with a massive new diffuser and vents to cool the brakes, along with a repositioned exhaust. The exhaust tips, for the first time in decades, are not round but rectangular and are placed vertically at each edge of the diffuser.

Ferrari V12 limited edition: will it come to India?

While India has a fair number of V8 limited-edition Ferraris, cars from the V12 performance line have so far been missing. While the likes of the 599 GTO came only in left-hand drive, the F12 TDF was made in right-hand drive, and this new 812-based supercar is expected to be built in both configurations. With India getting allocations for limited-run cars in recent times, we could see a small number of these make it to Indian shores at a price point of well over Rs 10 crore (ex-showroom).

FerrariEV to be revealed in 2025