MG sedan for India in the works

Aims to deliver Honda Civic- or even Accord-like space, size and performance, in a slightly unconventional package. 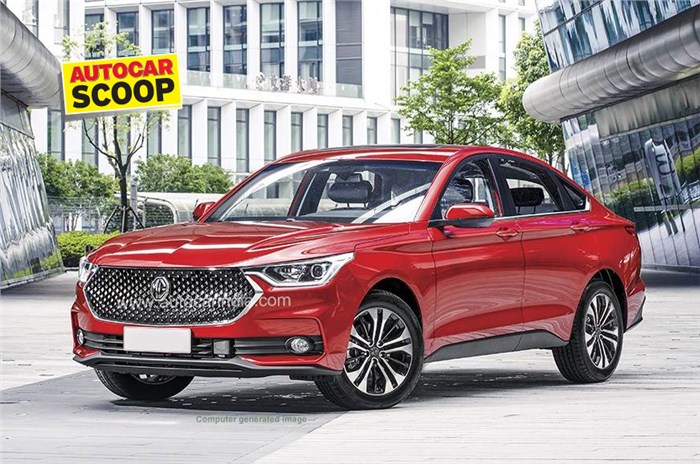 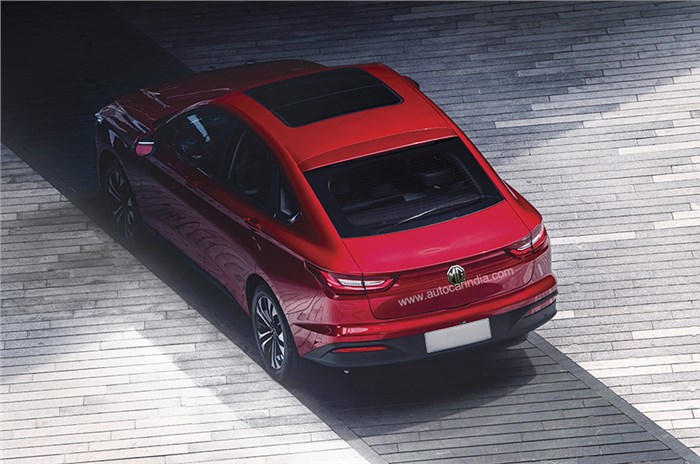 MG Motor is expanding its horizons in India. While SUVs may be its mainstay today, cars of other shapes and sizes are also high on its priority list. This is why, apart from the Vision-i MPV concept that’s likely to be the star of the 2020 Auto Expo stall, MG will also showcase a large sedan. Based on the RC-6 from Shanghai Automotive (SAIC)-owned Baojun, the car is actually a cross between a coupé, off-roader and a sedan. Unconventional to say the least, the car features a flowing coupé-like roof, a near 180mm ground clearance, and the basic three-box layout of a sedan. While the proportions may take some getting accustomed to, the skinning and detailing are crisp, clean and attractive. The large wraparound grille forms the focus of the design, and what helps it stand out is the fact that the car has a long nose and flat bonnet. As on the Hector, it gets attractive fighter-jet-like faux intakes surrounding the fog lights, a clamshell bonnet, and, around the rear, the styling is neat, clean and quite Renault-like too. Interestingly, no attempt has been made to hide the high ground clearance though. Quite the reverse; the designers have actually worked to enhance it by using blackened running boards (between the front and rear wheels), and a darkened rear valance. 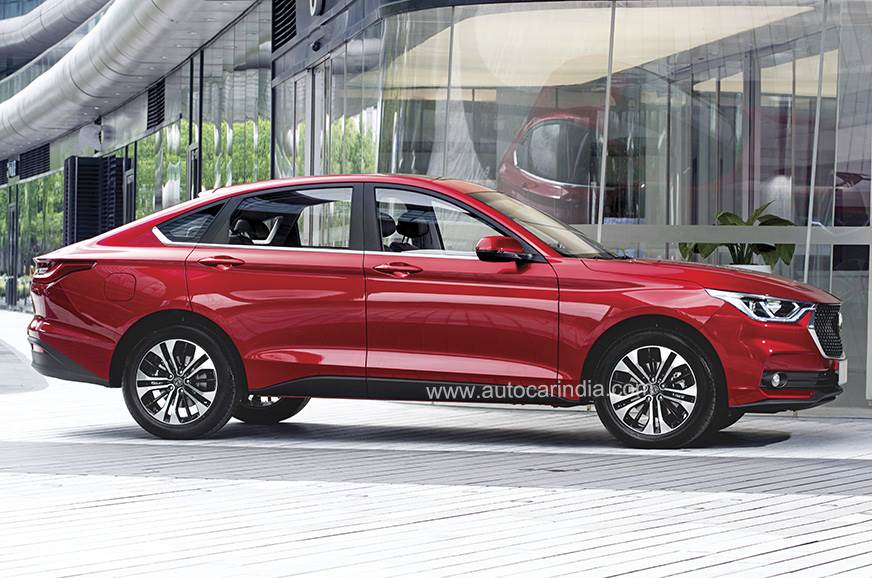 Stance has crossover written all over it; note blacked-out running board.

With its massive 2,800mm wheelbase – incidentally, 41mm short of the Skoda Superb – there’s likely to be plenty of space and comfort on the inside, and as on other China-market-specific cars, there will be a strong focus on the rear seat. Technology will be in sharp focus as well. The car is likely to get a Mercedes S-class-like twin- screen display, in place of the instrument panel, with both located in the same plane. A high-quality cabin with plenty of connected car tech is likely to be part of the package too. The engine, according to sources, will be shared with the Hector, especially the petrol 1.5 turbo that puts out 143hp, and there could be a diesel version too, with SAIC’s own 2.0 diesel expected to see the light of day in the next couple of years. 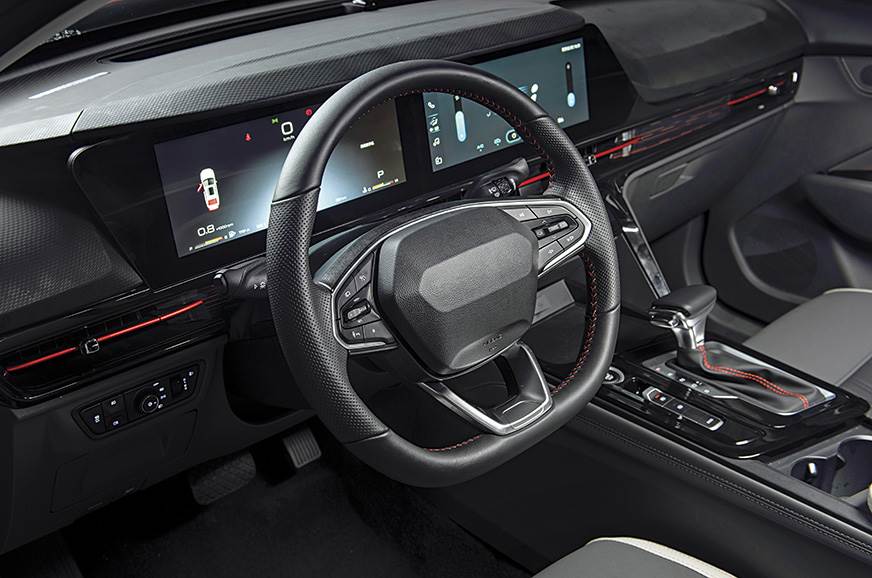 Expected to reach showrooms only in 2021, MG is likely to price the car aggressively and load it to the gills with both, comfort-oriented features and plenty of tech. But how will Indian car buyers respond to its unconventional proportions? And how much will they be willing to pay for it in this more brand-sensitive neck of the woods? This is why MG plans to showcase the car at the upcoming Auto Expo in Greater Noida this month, where it hopes to get plenty of feedback from prospective customers and showgoers in general. It could be the start of something big for the Chinese-owned British brand.

BS6 MG Hector diesel prices to be up by around Rs 1.25 lakh