The MG Maxus D90 SUV will be on display at the Auto Expo 2020 along with thirteen other models from the brand. 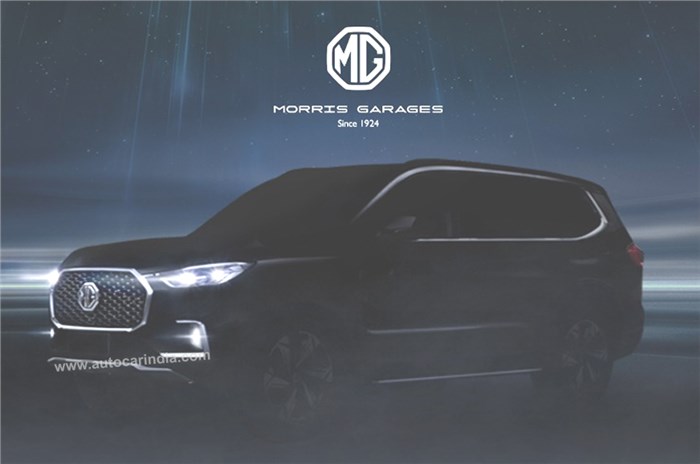 MG Motor India has released a first teaser image confirming the India debut of the Maxus D90 SUV. The MG-branded D90 SUV will makes its world premiere at Auto Expo 2020, on February 5. We reported a long time ago that MG Motor India is considering an India debut for this SUV, which is already on sale in Australian and Chinese markets under the LDV and Maxus brands, respectively.

The MG-badged Maxus D90, as seen from the teaser image, will come with the signature MG grille replete with lots of chrome bits. It will also have more chrome on its window line and on the doors, just like the Hector. The India-spec D90 will also get a unique alloy wheel design and interior bits to name a few other changes expected compared to model on sale elsewhere.

The D90 sports a chunky design and a bold, upright stance. The SUV is actually built on a light truck platform and features a ladder-frame construction. Measuring 5,005mm in length (even longer than the full-size Toyota Land Cruiser 200), 1,932mm in width and 1,875mm in height - with a wheelbase of 2,950mm - the massive D90 is bigger than almost all potential rivals in the Indian market, as far as dimensions go.

The SUV is sold abroad with a 2.0-litre turbo-petrol engine that is good for 224hp and is mated to either a 6-speed manual or a 6-speed auto 'box.  For India, the company is expected to introduce its own in-house developed 2.0-litre twin-turbo diesel that delivers 218hp and 480Nm of torque. This engine was first shown at the Guanzhou motor show in China last year and is said to be developed from the FCA’s Multijet II engine.

The SUV will sit above the Toyota Fortuner and Ford Endeavour in the Indian market. An ex-showroom price of around Rs 35 lakh can be expected. The MG Maxus D90 SUV will join a long list of new models from the brand including the high-performance MG6 XPower TCR race car.

BS6 MG Hector diesel prices to be up by around Rs 1.25 lakh