MG Motor to launch its first SUV in the first-half of 2019 with two engine options on offer. 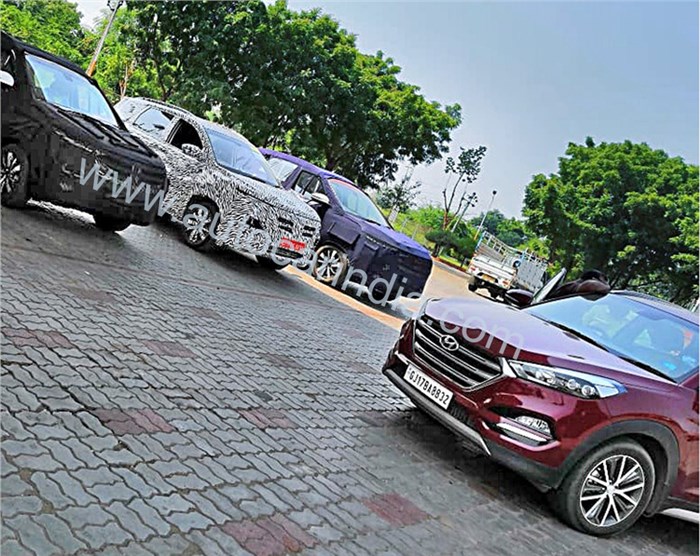 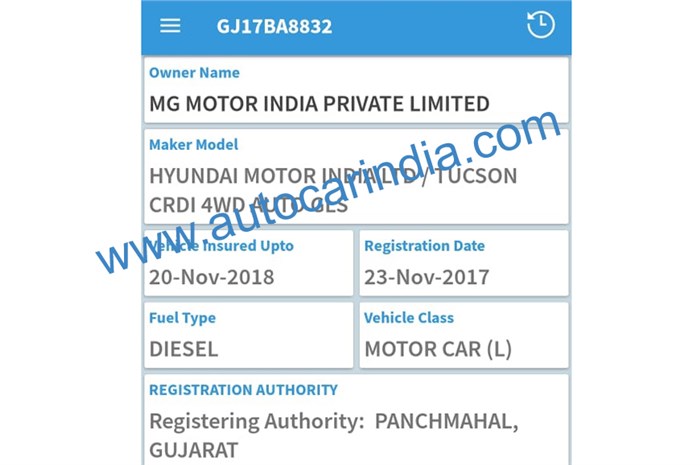 MG Motor India will introduce its first model in the Indian market sometime in the first-half of 2019. The company is currently begun trial production of its SUV for India at its Halol plant in Gujarat. While the name of this new SUV is not officially out yet, we can confirm that the model will be loosely based on the Baojun 530 SUV sold in markets like China.

The company has been rigorously testing a small batch of prototypes on highways in Gujarat and Maharashtra. We've got a spy shot of not one but three prototypes of the new MG Motor SUV being benchmarked against a Hyundai Tucson. We can confirm this as the Tucson is actually registered on MG Motor India's name. According to our sources, the company is benchmarking its new SUV against the Jeep Compass as well.

For those who are not in the know, the MG SUV for India measures around 4,655mm in length, 1,835mm in width and 1,760mm in height, which makes it slightly bigger than the Jeep Compass and the Hyundai Tucson. At first, the model will be introduced in a five-seat avatar; however, there are talks of seven- and eight-seat options being added to the company's India line-up at a later stage.

Two engine options - a 1.5-litre direct-injection turbo-petrol good for around 168hp and a 2.0-litre diesel (sourced from FCA) - will be on offer on the India-bound SUV.

On the inside, a three-layer dashboard is expected, replete with a soft-touch material and contrast stitching. A free-standing infotainment screen, a decent-sized TFT multi-info display and other goodies like a panoramic sunroof and leather seats are also on the cards. The SUV will also come with an electronic parking brake, power seats and cruise control.

While the company is testing its new SUV with the likes of Tucson and Compass, sources tell us that the model will be priced competitively, thanks to heavy localisation right from the start of production. MG Motor India's second offering will be an electric SUV that will launch a little later.