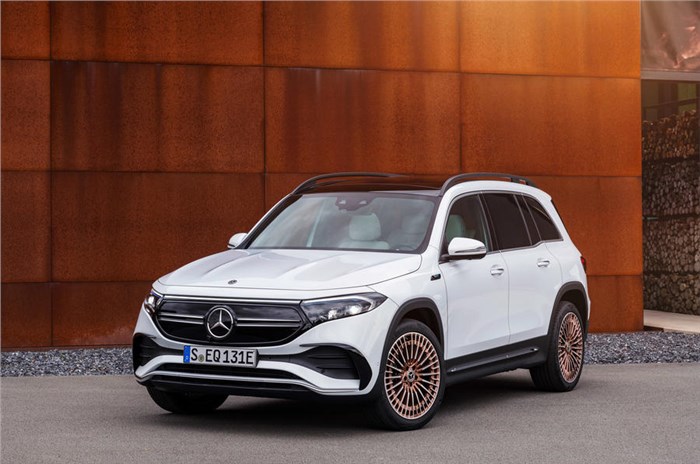 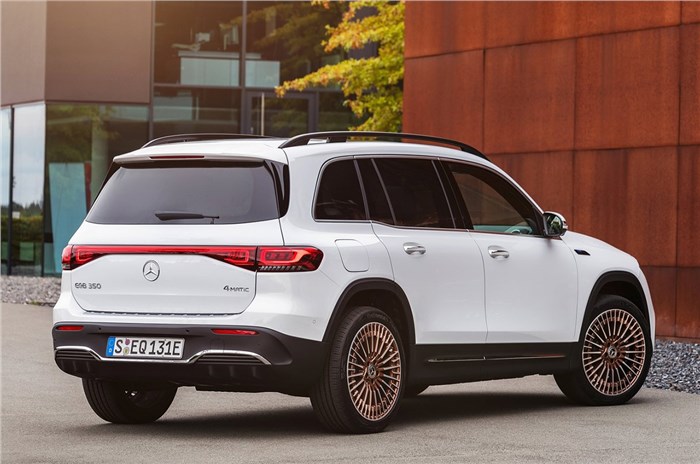 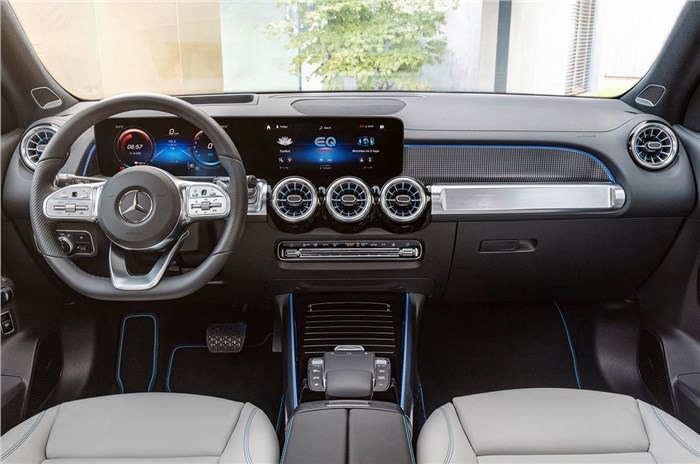 The Mercedes-Benz EQB electric SUV has been unveiled at the ongoing Shanghai Auto Show 2021.  The model is based on the Mercedes GLB SUV sold globally.

The EQB is Mercedes’ answer to the recently unveiled Audi Q4 E-tron SUV.  The company is yet to reveal full line-up but what has been confirmed is that the top-of-the-range four-wheel-drive EQB 350 4Matic will be the first one to arrive in showrooms overseas. It uses two electric motors – an asynchronous unit mounted up front underneath the bonnet and a synchronous unit housed within the rear axle – with a combined output of 292hp. Other models set to be added to the line-up include the front-wheel-drive EQB 250, which runs a front-mounted motor with 191hp, and the four-wheel-drive EQB 300 4Matic, which uses the same dual motor set-up as the EQB 350 but with “around 244hp”.

Power for the EQB 350’s electric motors is provided by a 66kWh lithium ion battery, produced by Mercedes-Benz’s sibling company Deutsche Accumotive, which is housed underneath the rear seat.

It can be charged at up to 11kW on an AC system and at up to 100kW on a DC set-up Final performance figures are not yet confirmed, but officials have told our sister publication Autocar UK that the initial four-wheel-drive EQB model will have a 0-100kph time of around 6.0sec, together with combined consumption of 3.2mpkWh and a range of 418km.

As with the smaller EQA, with which it shares key elements of its drivetrain, the EQB receives its own individual exterior styling elements, including a blanked-off grille, to differentiate it from the combustion-engined car. There are also EQC-aping light bands and new bumpers at the front and rear. Wheel sizes range from 18-inch to 20-inch. Customers will be able to order the EQB with an optional AMG Line styling pack that brings uniquely styled bumpers and 20-inch wheels, among other bespoke details.

On the inside, there are unique digital instrument graphics and altered trims, including a new rose gold colour for the aluminium-effect air vents and dashboard panelling, as well as ambient lighting.

The remainder is shared with the GLB, including the choice of a five- or seven-seat interior layout. However, modifications made to its MFA platform to accommodate the electric components have reduced boot capacity in five-seat versions by 75 litres over the GLB, at 495 litres. With the rear seats folded away, capacity increases to 1,710 litres.

The GLB  will be built at the Kecskemet facility in Hungary, which currently produces the GLB, CLA and CLA Shooting Brake.  For India, Mercedes-Benz recently introduced the A-Class Limousine and the updated E-Class and will soon launch the second-gen GLA in the Indian market.  There is no news of the EQB making it to India anytime soon.