By mixing rugged SUV styling cues and seven-seat versatility, does the boxy new GLB do enough to stand out from the crowd? 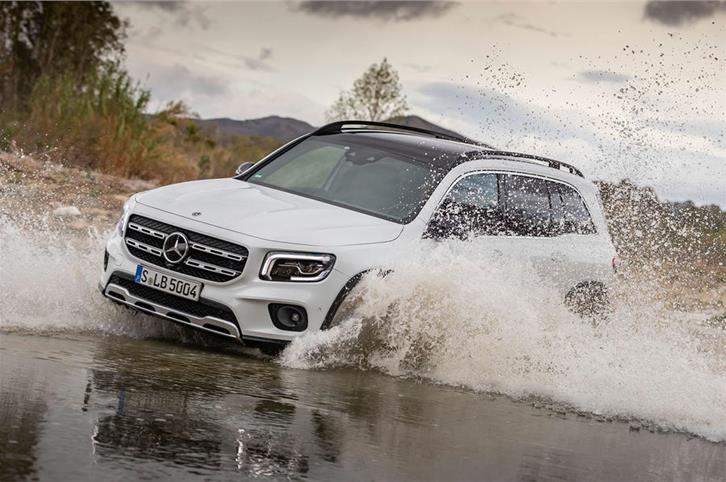 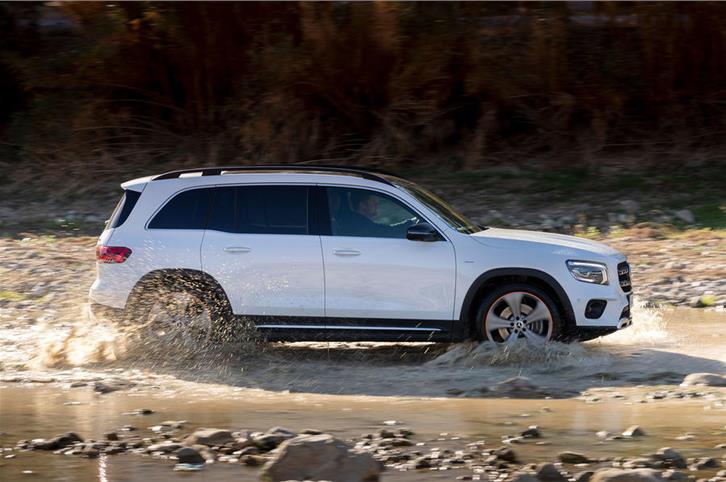 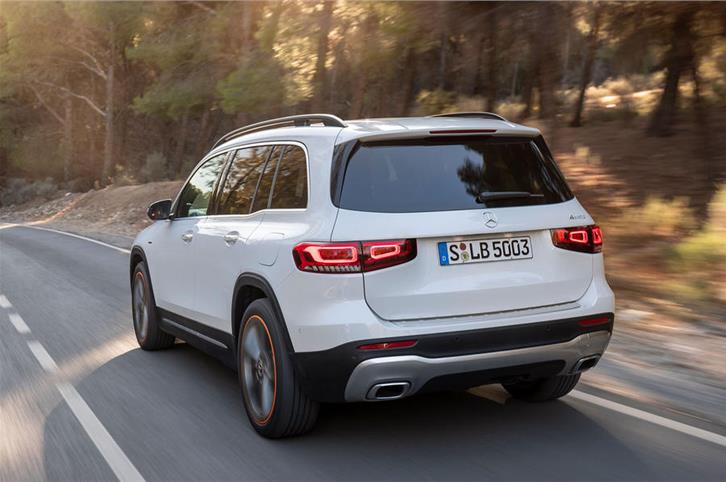 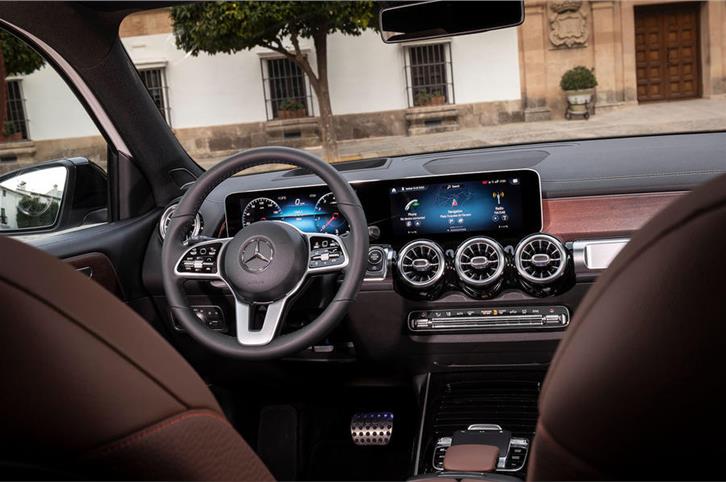 This is Mercedes' latest addition to its SUV line-up, which now totals eight models. As its name suggests, the GLB slots into the range between the GLA and GLC. So far, so straightforward. As the ‘B’ part of its name suggests, however, this can be considered as a sort of rough and tumble version of the B-Class, meaning there’s more than a touch of MPV to this SUV.

How much? Well, the GLB is a seven-seater. And unlike it’s GLC and GLE big brothers, but like the smaller GLA, this latest addition is available in both two and four-wheel drive guises. 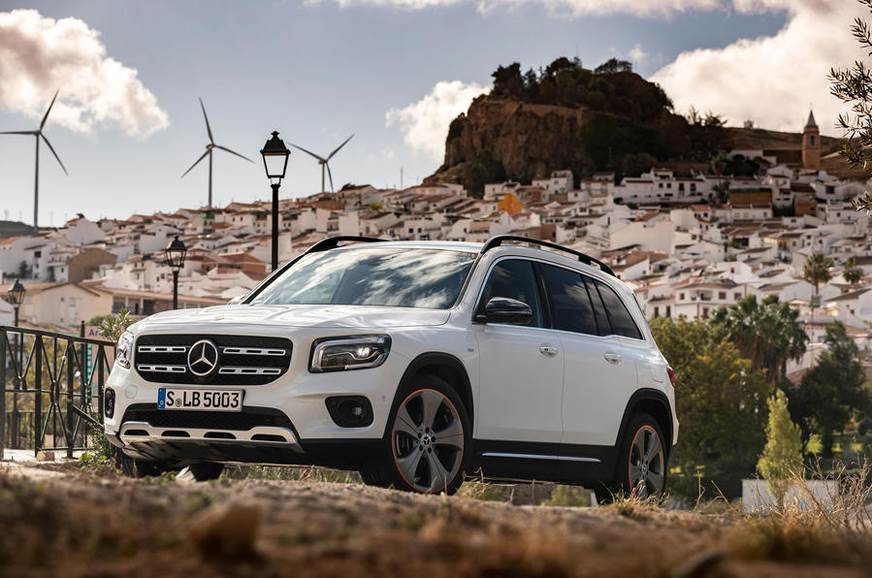 Externally the GLB looks a little like a shrunken GLS, which means it’s an upright and boxy presence on the road. You’ll have to make your own mind up about the looks, but from angles it’s slightly ungainly, while from others there’s more than a hint of Citroen C5 Aircross.

Underpinning the GLB is essentially the same MFA2 platform as the A-class, although it’s been stretched and pulled to accommodate those extra seats. The familiar architecture means a similar line-up of four-cylinder petrol and diesel engines, up to and including the 305hp 2.0-litre from the A35. However, it’s the entry-level, front-wheel drive GLB 200 petrol we sample here, its 163hp 1.3-litre turbocharged four pot developed jointly with Nissan and Renault.

Inside matters improve markedly, the GLB getting the same slickly laid out wall-to-wall TFT infotainment and instrument cluster that debuted in the A-class a year or so back. That means it features the MBUX operating system that adds the handy ‘Hey Mercedes’ voice control, while new to the GLB is the ability to use the system to pay directly for parking or download extra features, such as Apple CarPlay. 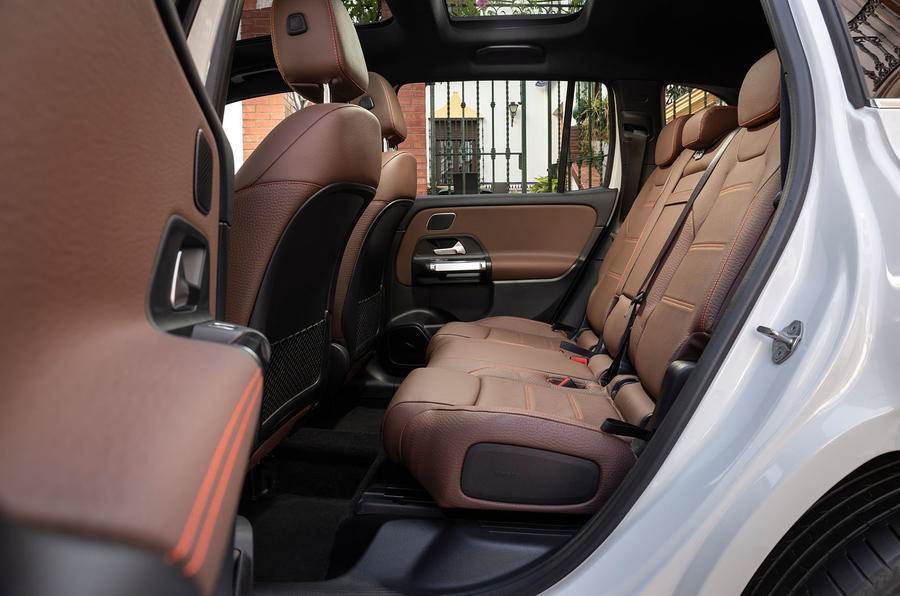 Overall the interior is a high quality affair that rivals anything on offer from BMW and Audi. In fact, with its neat trio of eyeball air vents, metal finished air conditioning controls and three-spoke multi-function steering wheel you could be inside an A-class, raised driving position aside. That and the use of surprisingly low grade plastics in the lower half of the cabin. 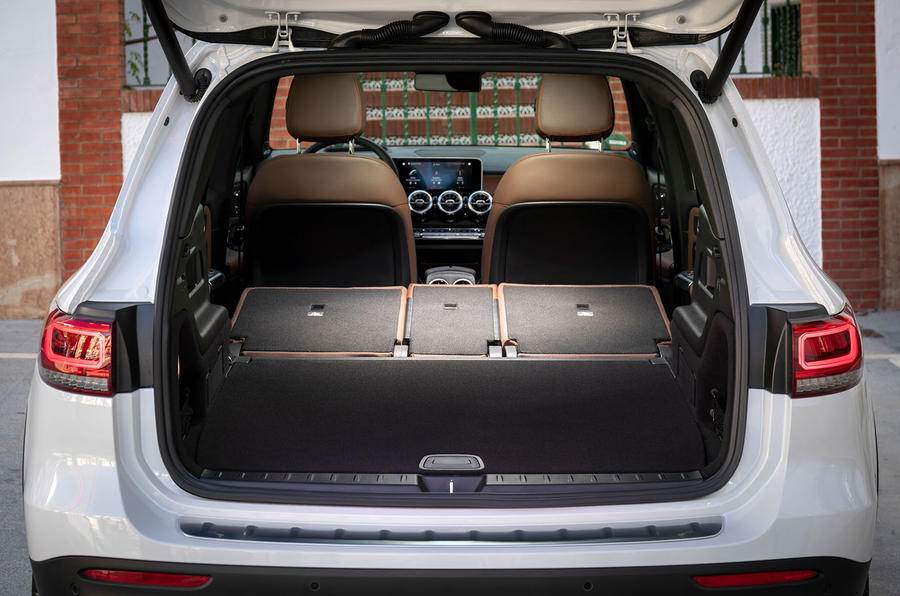 It’s fairly spacious, however, even if the third row of seats are really only of use for very young children or occasional adult use - with the sliding second row in its rearmost setting there’s virtually no legroom behind. Speaking of space, boot capacity shrinks from a handy 570-litres with third row stowed (they fold into the floor in one easy movement), to virtually nothing with the chairs raised.

Given our test GLB 200’s 1.3-litre unit’s small size and the Merc’s not inconsiderable 1,555kg kerb weight, performance is actually fairly brisk. Peak torque of 250Nm available at just 1,620rpm, plus the nicely insulated engine will happily rev to 6,000rpm. Response is further boosted by the 7-speed DCT twin-clutch transmission that slots home its ratios quickly and smoothly. 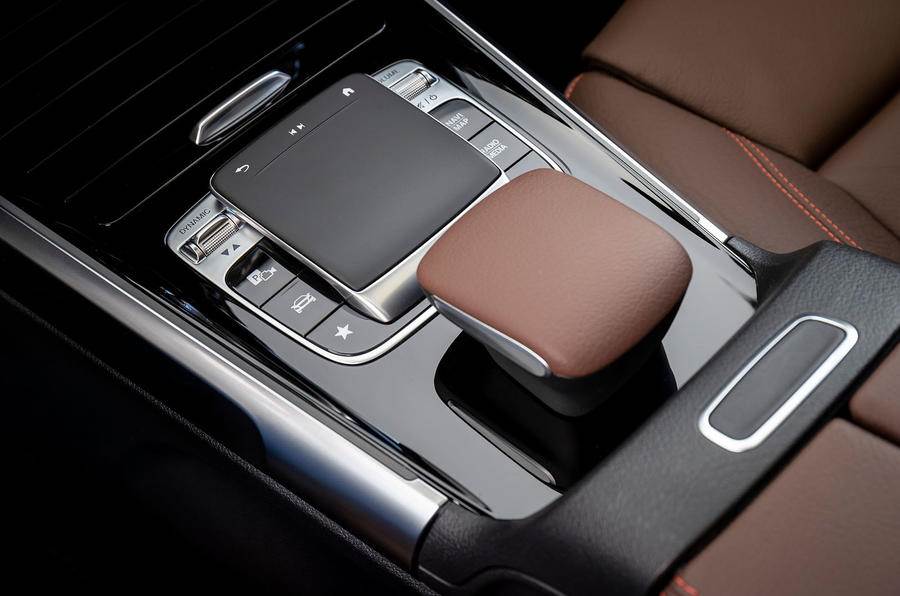 In many ways it’s this unit that’s best suited to the GLB, its level of performance well matched to the car’s easy-going dynamics that are geared towards everyday comfort rather than cornering crispness.

All GLBs get strut front suspension and a multi-link rear axle, while our car further benefited from optional adaptive dampers that, on our smoothly surfaced Spanish test route at least, served up welcome plushness over bumps - this is a quiet and comfortable way to get about. And while it’s not exactly a thrill a minute in the twisty bits, there’s enough composure and grip to allow you to maintain a decent lick. 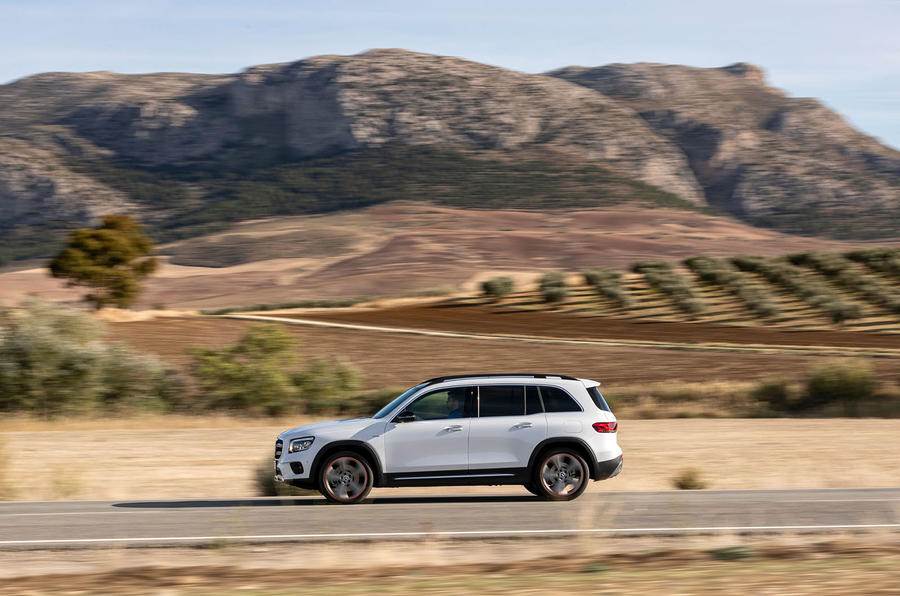 The steering is mute but progressive, while the body control is actually rather good despite the lean when pushing on. And with some load going through the suspension you can feel both axles sharing the cornering forces, helping to minimise the natural tendency to understeer. It’s not an exciting car to drive and feels a little loose and heavy at the limit, but for such a tall and hefty machine it feels feels more agile than it has any right to be.

Although not relevant to the GLB 200, which is front-wheel drive only, a quick go in the 4MATIC all-wheel drive equipped 220d proved the GLB is fairly handy off the beaten track. On a testing gravel off road course complete with severe up and down hills the Merc never looked likely to get stuck, it’s trick traction control keeping it moving. 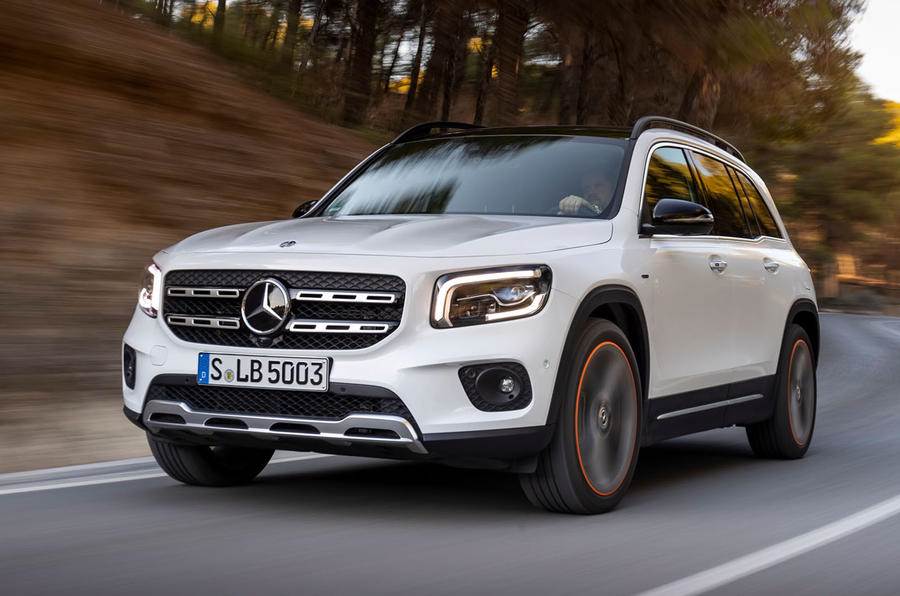 The Mercedes GLB sure makes for an interesting package. It’s not too large yet comes with the handy option of seven seats. And while not a driver’s car, it makes an impression for its comfort and refinement, and of course that beautifully done cabin.

The thing is, the GLB still is on the cards for India, though Mercedes hasn’t green lighted the model for our market as yet. There’s lots of potential in the GLB and Mercedes would sure do well to bring it in sooner rather than later. Rs 40 lakh for a seven seat Mercedes, sounds like a good deal, right?