Based on the second-generation GLA, the Mercedes-Benz EQA has debuted in EQA 250 form with a 190hp electric motor and a WLTP-certified range of 426km. 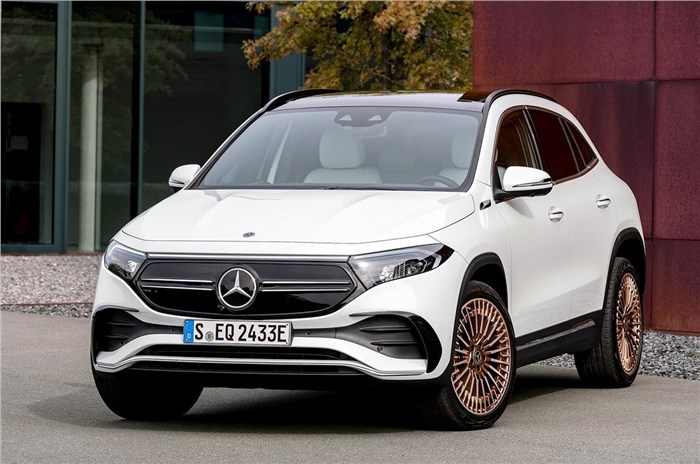 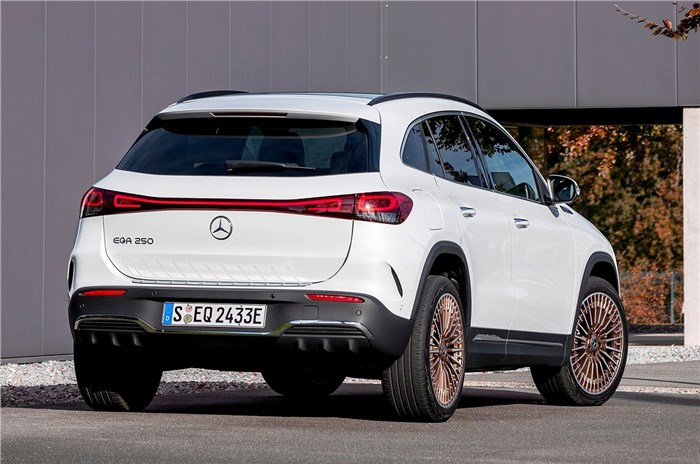 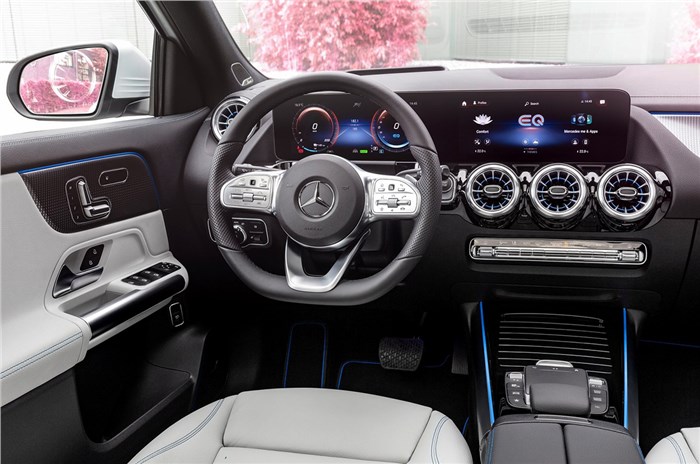 The new Mercedes-Benz EQA is the German brand's first fully electric compact model and is said to provide an "excellent compromise between performance, costs and time to market". Mercedes' entry-level EV is one of six EQ models to be launched by 2022, including a 7-seat EQB sitting directly above the EQA.

The EQA continues Mercedes' current strategy of offering EVs based around the platform of an existing combustion-engined model, as opposed to creating a bespoke architecture.

As such, much of the EQA's platform is shared with the new GLA, albeit with several adaptations, including the removal of underfloor cross members to allow the underfloor battery to form a structural component. It's protected from damage by the car's existing structure as well as by an aluminium housing.

The EV is launched initially in 250 form before further derivatives – including a dual-motor, four-wheel-drive AMG performance variant – are brought in after the first year of sale. Mercedes claims power outputs of up to 272hp will be offered, although that's understood to not include the AMG derivative.

Producing 190hp and 375Nm from its front-mounted asynchronous motor, the front-wheel drive EQA 250 is capable of 0-100kph in 8.9sec and a top speed limited to just under 160kph.

The battery capacity is 66.5kWh (usable), with a WLTP range of 426km promised (a longer-range variant with a claimed 500-kilometre range will arrive later). A maximum DC charging rate of 100kW is quoted, allowing for an 80 percent charge in around 30 minutes. An 11kW AC charge can take it from empty to full in just under six hours.

Using the second-generation GLA as its base, the EQA features a number of unique styling details to mark it out from its conventionally-powered sibling. These include the now signature 'black panel' EQ radiator grille, along with unbroken lighting strips at the front and rear.

The front sees the standard full-LED headlights connected via a fibre optic strip across the front fascia. At the rear, a completely different tailgate design from the GLA that sees the number plate relocated down to the bumper enables the tail-lamps to merge as a single-piece light bar. Mercedes claims these features ensure a "high level of recognisability, both in daylight and at night".

Distinctive wheel designs not offered on 'standard' Mercedes models are also available at up to 20-inch in size. These are bi-colour or tri-colour designs, with some featuring rose gold-coloured or blue detailing. A competitive drag coefficient of 0.28Cd boosts aerodynamics and, therefore, range.

Changes to the interior of the GLA to create the EQA are less extensive than the outside. Fundamentally, the basic layout is unchanged, but there are now rose gold-coloured trim inserts on the vents, seats and key, along with additional trim backlighting. A fully-loaded Edition 1-spec brings special leather with blue fabric perforations, too.

As usual, the digital instrument cluster is redesigned for EV-specific display functions, and also features rose gold and blue highlights. Mercedes claims the EQA offers the desired high driving position of an SUV combined with a focus on versatility, with the GLA's 40:20:40 split-folding rear seats retained.

Unique tech features also mark out the EQA from its GLA sibling. A "sophisticated thermal management system" features a heat pump that reuses waste heat from the electric drivetrain, while climate pre-conditioning functions are controlled via the MBUX infotainment system or the multi-function Mercedes Me app.

There is also a standard 'Navigation with electric intelligence' function. Aside from calculating the fastest route, it uses range simulations to allow for necessary charging stops and account for changes in topography, weather, traffic and driving style. It can even pre-heat or cool the battery while driving to bring it to the ideal temperature for rapid charging.

The Mercedes Me Charging network, available to all EQ customers, comprises 4,50,000 charging points across 31 countries.

Standard safety tech includes Active Lane Keeping Assist and Active Brake Assist, while the enhanced Driving Assistance Package brings a number of further active alert functions and assist features, including a warning that detects when pedestrians are near a zebra crossing.

It was last year that Mercedes-Benz introduced its EQ electric sub-brand in India with the launch of the GLC-based EQC SUV. The company’s initial allocation of the EQC is sold out, and likely to follow the EQC is the EQS sedan, which is set to make its debut in the coming months.

At this point, it’s unclear if the EQA is part of Mercedes’ plans for India. However, Mercedes-Benz India recently confirmed it will launch 15 models in 2021, including the A-class Limousine, second-gen GLA, new S-class and the AMG GT Black Series.