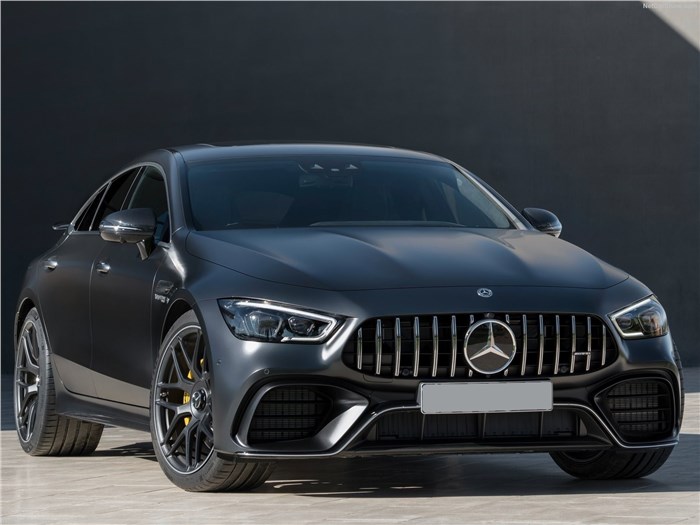 Mercedes-AMG-GT63-S-4-Door used for representation only.

The new Mercedes-AMG GT73e 4Matic+ EQ Power+ 4-Door Coupé is set to become AMG’s first plug-in hybrid (PHEV) model, when it arrives in international markets later in the year as a rival to the Porsche Panamera Turbo S E-Hybrid. The range-topping performance sedan will be the first in a series of new plug-in hybrid Mercedes-AMG models to feature what is known within the firm as a ‘P3 plug-in hybrid’ system and will pack in “more than 800hp”.

The GT73e’s new P3 plug-in hybrid system uses an electric motor integrated into the rear axle to provide what is described as a “significant” performance boost to the petrol engine. The petrol engine is a mildly updated version of the GT63’s 4.0-litre, twin-turbocharged V8, combined with a fully variable four-wheel-drive system.

The P3 PHEV layout will initially be reserved exclusively for Mercedes-AMG models. All existing PHEVs from parent company Mercedes-Benz use the P2 PHEV system, which sites the electric motor within the gearbox housing – a layout also used on the Panamera Turbo S E-Hybrid.

The new GT73e’s P3 PHEV system provides scope for a larger electric motor than is possible within the packaging constraints of the P2 system, offering direct drive to the rear wheels in pure-electric mode and enhanced torque vectoring in hybrid mode.

Additionally, this means the electric motor’s torque is not capped by the limitations of the gearbox. It also provides the basis for improved front-to-rear weight distribution and allows significantly more efficient energy recuperation, as there are no mechanical losses from the gearbox.

The liquid-cooled lithium-ion battery pack will sit under the floor of the GT73e’s boot. Its capacity and chemical process remain under wraps less than six months before the new model’s planned unveiling, but insiders suggest it will use the same cells as the newly unveiled plug-in hybrid version of the fifth-generation C-Class.

AMG sources have revealed to our sister publication Autocar UK that the GT73e’s electric motor will have up to 204hp and 363Nm of torque. Reports suggest it shares key parts with the ZF-produced ‘M0’ asynchronous electric motor used in the pure-electric Mercedes-Benz EQC and EQV.

The motor’s reserves are combined with the GT73e’s petrol engine, which, in its GT63 S 4-Door Coupé tune, kicks out 639hp and 900Nm to deliver what Autocar UK has been told are “previously unattained levels of power and torque” for a road-going four-door AMG model.

The new four-door will “at least match” the 816hp promised by AMG when it first revealed plans for a petrol-electric drivetrain with the unveiling of the GT concept in 2017. Total torque output should be impressive, too, extending to somewhere in the region of 1,003Nm. The high overall torque load is made possible because the torque from the electric motor is not restricted by the gearbox and four-wheel-drive system. Instead, it is fed directly to the rear wheels.

The four-wheel-drive GT73e won’t be AMG’s most powerful road-going model, though. That honour goes to the delayed One hypercar, which is motivated by a Formula 1-derived electrified V6 with over 1,014hp and 1,356Nm.

Despite a substantial increase in kerb weight from the use of an electric motor and battery, the GT73e promises to crack 0-100kph in under 3.0sec, undercutting the GT63’s claimed 3.2sec sprint time, and achieve a top speed in excess of 320kph.

As mentioned previously, the new GT73e will be the first in a series of PHEV AMG models, with the hybrid system to also be offered in new 73-badged versions of the latest S-Class and upcoming SL grand tourer. The petrol-electric successor to the AMG C63 4Matic too is expected to use the same hybrid system, although, it will be used in combination with a 2.0-litre, turbocharged four-cylinder engine, rather than a large-capacity V8.

Upcoming launches from Mercedes-Benz in India

Early in the year Mercedes-Benz had revealed that it had lined up 15 launches for the Indian market this year, with the most recent ones being those of the E-Class facelift. The carmaker has also confirmed the launch of the new Mercedes-Benz A-Class Limousine in standard and AMG 35-spec as well as the second-gen GLA, the new S-Class and the hot Mercedes-AMG GT Black Series.

As for the upcoming AMG GT73e, the four-door coupe is already available in India in its current range-topping GT63 S guise, so the range-topping plug-in hybrid could be on the cards for Indian market sometime after it goes on sale in international markets.

Road Trip In A Mercedes EQC 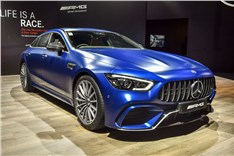 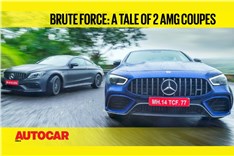 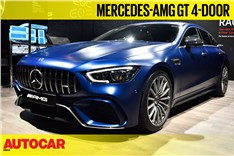