The Mercedes-AMG A45 S is now the most expensive and most powerful hatchback on sale in India; comes to our shores in limited numbers as a CBU. 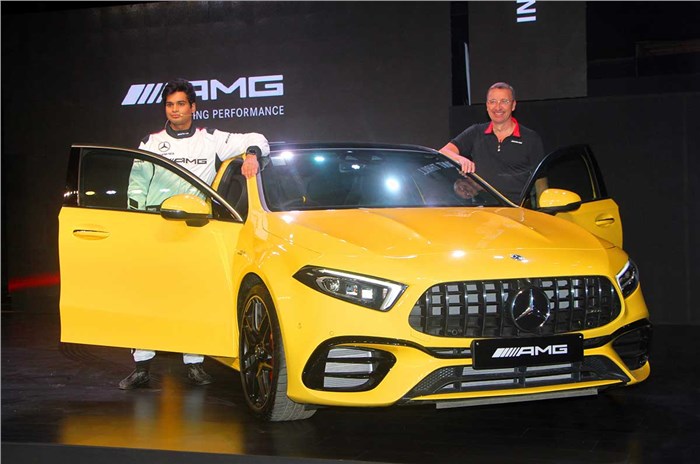 Mercedes-Benz has launched the AMG A45 S hatchback in India at Rs 79.50 lakh (ex-showroom, India). Unlike the A35 sedan that's locally assembled, the Mercedes-AMG A45 S comes to India as a completely built unit (CBU) and will be available in limited numbers only. Under its hood, the Mercedes-AMG A45 S has the world’s most powerful turbocharged four-cylinder series production engine, with 421hp on tap.

Merc’s new-gen A-Class was so far only available in a sedan body style in India. The A45 S brings back its hatchback version to our country. Differences in body style aside, the A45 S looks a lot sportier and more aggressive, even over the A35 sedan with an AMG Line trim, thanks to the full-blown AMG treatment. 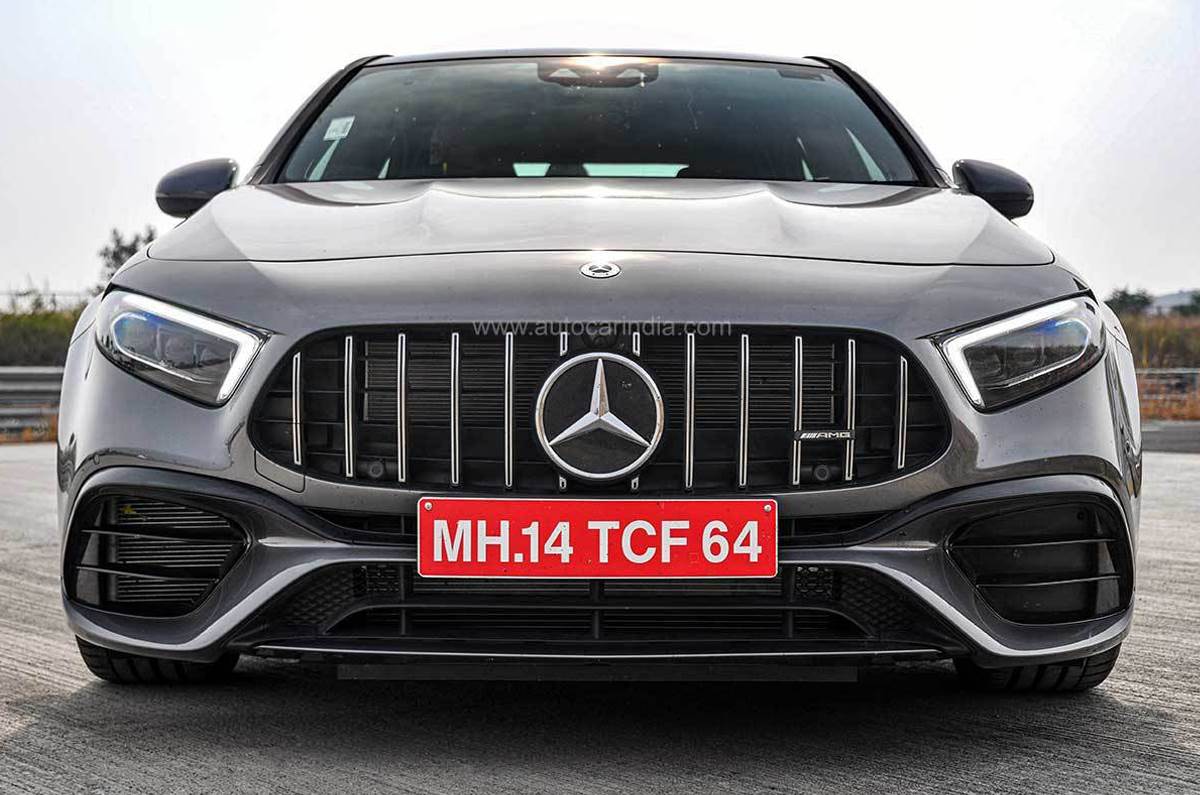 Up front, the face is characterised by AMG’s signature Panamericana grille and an aggressively styled bumper with large air dams and an integrated splitter. It gets a well-sculpted and muscular bonnet, and even sits 54mm wider than the A35 sedans, thanks to wider tracks, giving it a squatter and more hunkered down stance. The rear end is characterised by sleek LED tail-lamps, a pronounced rear diffuser and quad exhaust pipes. It rides on AMG-specific 19-inch alloy wheels that gracefully fill up the flared wheel arches.

On the inside, the dashboard of the A45 S remains relatively unchanged from the standard A-Class, although there are a few AMG-specific touches. These include an AMG-spec steering wheel and sporty bucket seats up front. It also gets lime green accents on the steering wheel and the seats and even as contrast stitching, further giving it a sporty appeal. 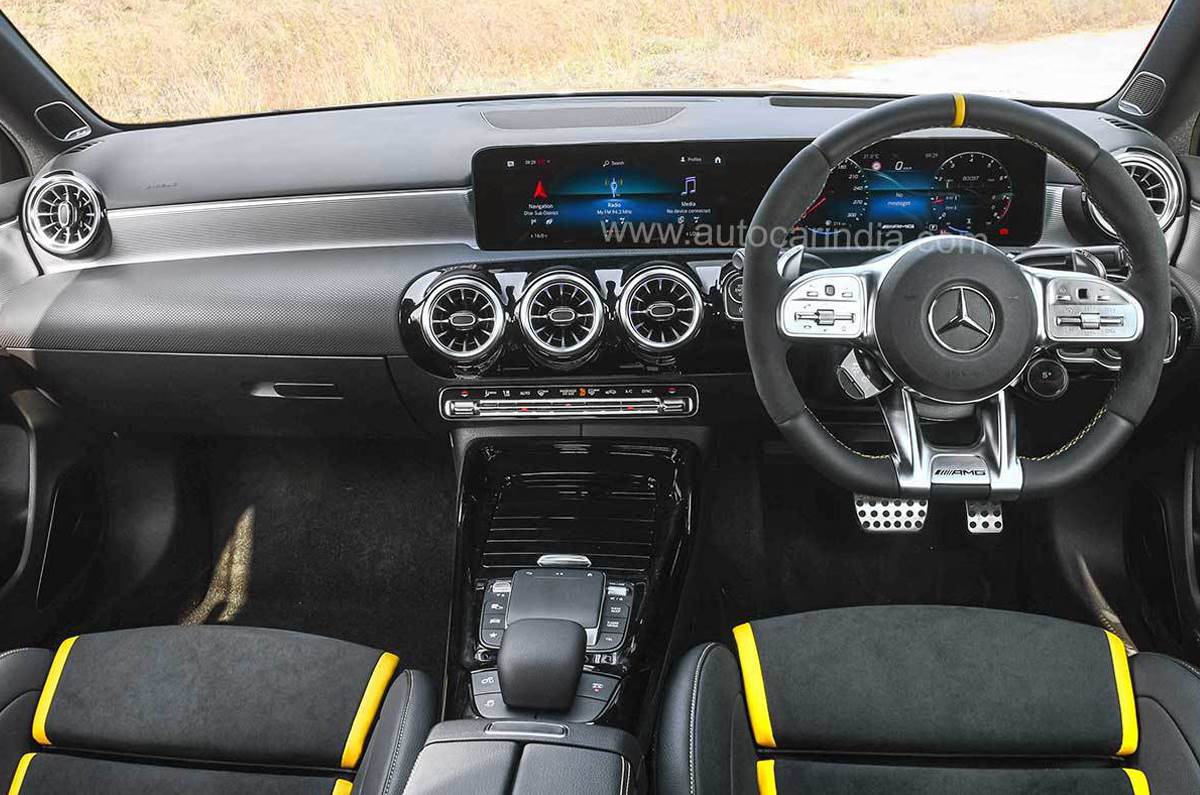 In terms of features, the A45 S carries forward the same twin 10.25-inch displays crowning the dashboard, running Mercedes’ latest MBUX infotainment system. Some of the other highlights include AI-based voice assistant, dual-zone climate control, a panoramic sunroof, a head-up display, cruise control, powered front seats with memory function, 12-speaker Burmester sound system and a wireless phone charger, among others.

It is what’s under the hood of the A45 S that really sets it apart from other hot hatchbacks. Powered by a 2.0-litre engine that puts out a massive 421hp and 500Nm of torque, it is the world’s most powerful turbocharged four-cylinder series production engine. It comes mated to an 8-speed dual-clutch automatic gearbox, with power sent to all four wheels via the 4Matic all-wheel-drive system. The A45 S features seven driving modes – Comfort, Sport, Sport+, Slippery, Individual, Race and even a Drift mode. 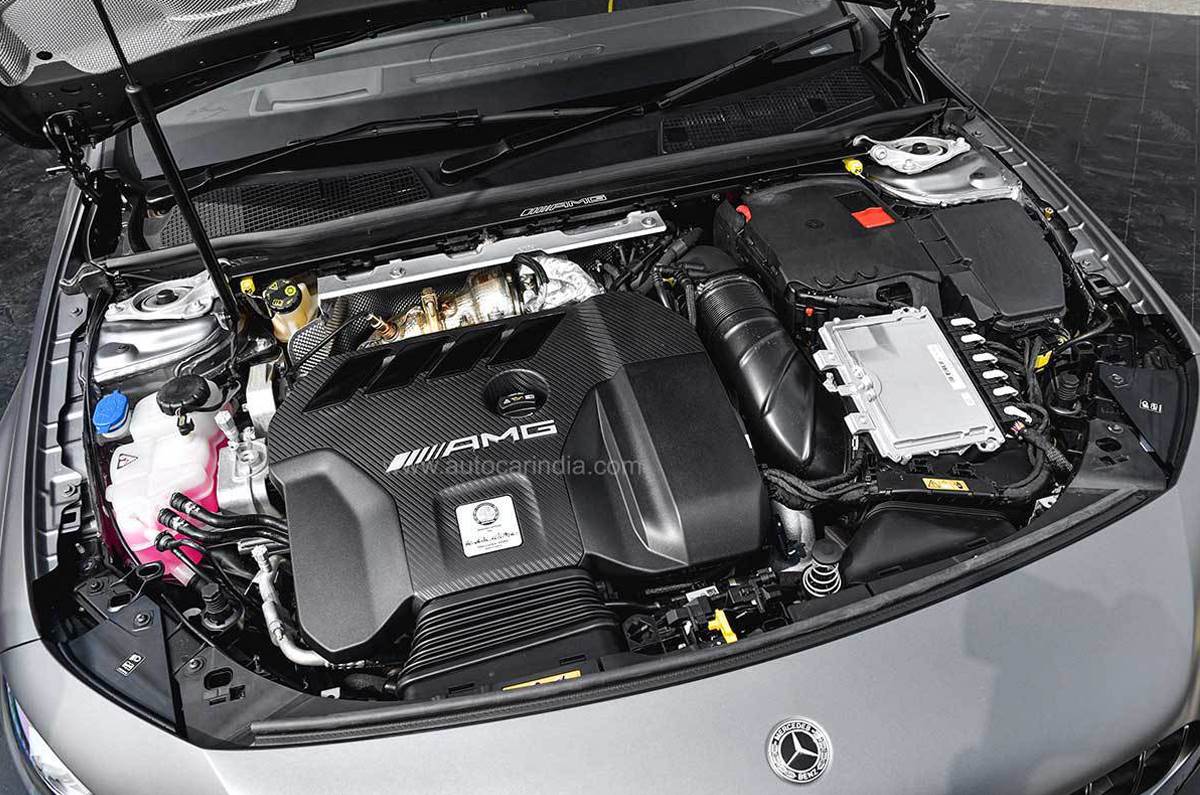 For reference, the A45 S already boasts of 115hp and 100Nm of torque more than the A35 sedan that’s on sale here. Given that it’s also lighter than its sedan counterpart, Mercedes-Benz claims the A45 S can sprint from 0-100kph in just 3.9sec and has a top-speed limited to 270kph.

The 4Matic system on the A45 S comes with a multi-plate clutch that features an AMG torque control function, separating electronically controlled clutches within the rear axle to vary the amount of drive sent to each individual rear wheel. The A45 S also comes with upgraded brakes in the form of 360mm front and 330mm rear discs, with six-pot front and one-pot rear calipers painted in red. AMG has also re-engineered the steering and suspension set-up for a sportier and more engaging drive experience.

At Rs 79.50 lakh (ex-showroom, India), the A45 S is considerably more expensive than the locally-assembled AMG A35 sedan, due to high custom duty on fully imported cars. In terms of competitors, the A45 S stands in a league of its own and does not have any direct rivals in India. 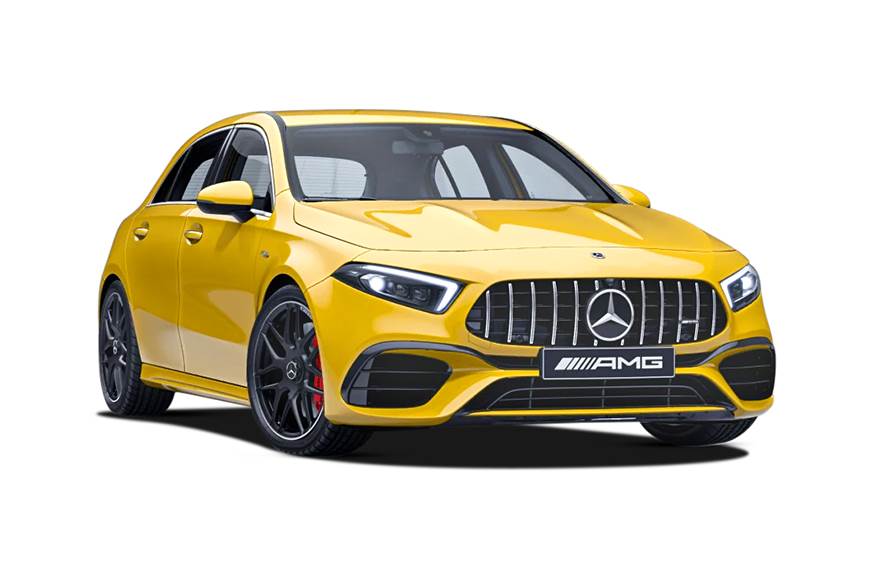