The carmaker currently has 13 BS6-compliant models on offer. Since the introduction of these models, Maruti has sold more BS6 cars than BS4. 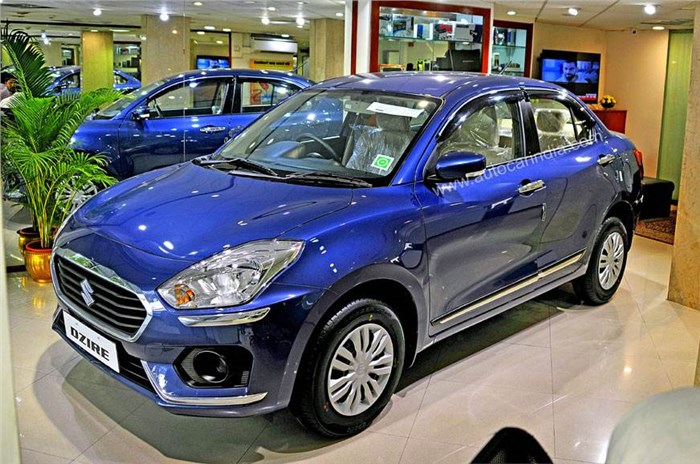 ‘Forewarned, forearmed; to be prepared is half the victory’ is a quote by a 17th Spanish novelist Miguel de Cervantes and that’s quite relevant in the automotive industry context too. In the context of the stringent BS6 emission regulation which came into effect on April 1, the industry was forewarned, and it had to arm itself adequately by March 31.

Maruti Suzuki is one carmaker that got on to it early enough. As a result, it sold over 7,50,000 BS6 vehicles before the new emission regulation came into force. In comparison, the passenger vehicle industry leader sold 6,59,000 BS4 passenger vehicles in the market. The BS4 norm was introduced in a phased manner from 2010, and was made mandatory nationwide from April 1, 2017.

The draft notification by the Ministry of Road Transport & Highways (MoRTH) to leapfrog to BS6 came in February 2016. That’s when Maruti Suzuki started preparing for the BS6 era. “At that time, the Indian automobile industry had not even shifted to BS4 completely. Our teams along with supplier partners worked hard to ensure that we offer our customers the convenience of buying technologically-advanced BS6-compliant cars ahead of schedule,” said CV Raman, senior ED (Engineering), Maruti Suzuki, in an email response.

The company took a bottom-up approach in terms of models for the emission technology upgradation. The Alto and the Baleno were the first models to get a BS6 engine, in April 2019. They were followed by the Wagon R and Dzire two months later. The Ertiga, XL6, S-Presso got BS6 versions last year. The Eeco, Celerio, Ciaz, Vitara Brezza, Ignis, and its sole commercial vehicle – the Super Carry small truck – got upgraded to BS6 this year.

Meeting the BS6 emission norms in a little over three years was a herculean task for the Indian automotive industry. It was no different for Maruti Suzuki; it had to prepare its portfolio of 14 models and their variants. Of course, facilities and capabilities had to be ramped up.

“In the past two years, we have increased our manpower to work on BS6 transition projects by 1.5 times. At the same time, we have now 12 emission labs compared to 4 earlier. We have conducted over 11,000 emission tests across 14 models,” said Raman. Maruti Suzuki also borrowed facilities from test agencies like ICAT and ARAI for testing vehicles “to remain ahead in this transition”.

The company’s early move to BS6 was also planned to avoid its dealer partners from offering any major fire sale to dilute inventory. That strategy worked, as the company’s network of 329 dealer partners with over 3,000 outlets had less than 100 BS4 cars to sell until a few days ago.

At least some of the remaining cars will now be sold once the national lockdown to combat the coronavirus outbreak lifts. Responding to an appeal by the apex automotive dealers body Federation of Association of Dealers Associations (FADA), the Supreme Court has allowed sale of 10 percent of the industry’s remaining stock of BS4 vehicles. For the remaining unsold stocks, some of the options are dismantling for spare parts, and exports.

The price difference between the BS4 and BS6 versions of Maruti Suzuki’s cars range from Rs 8,000 to Rs 12,000. According to Raman, the significant level of sales of BS6 cars showcases the buyer’s preference for new and clean technologies.

Maruti Suzuki’s preparedness for BS6 well before time was also helped by its decision, announced in April last year, to exit the diesel market. Around 25 percent of the company’s sales volume came from diesel vehicles then. It fell to 17 percent in January 2020. The industry share of diesel fell from 60 percent 6-7 years ago to 25 percent in January. This industry shift-back towards petrol and the relatively higher technology upgradation cost for diesel engines (and more cost impact in smaller diesel cars) were the key factors behind the decision.

The diesel journey in the BS6 regime will become more challenging once the next phase kicks in from 2023 with RDE (Real Driving Emission) norms, thinks Raman. However, Maruti Suzuki will revisit its decision, if a significant number of customers remain in the diesel market. “The company will continue to monitor customer feedback on competition’s diesel BS6,” stated Raman.

While a lion’s share of Maruti Suzuki’s diesel vehicle sales used to come from its 1.3-litre engine (under licence from Fiat), its own 1.5-litre diesel made a debut in the Ciaz, in March last year.

Now that the company has successfully equipped itself for the BS6 era with only petrol and CNG fuel options, it plans to step up efforts to have a greener drive with more efforts to grow the CNG vehicle market, and also hybrids. At the Auto Expo 2020, the OEM announced its ‘Mission Green Million’ and stated plans to sell a million vehicles with greener technology in the next two years or so. It had taken Maruti Suzuki 10 years to reach the first million, with the launch of its first CNG model in 2010 and the first ‘smart hybrid’ in 2015. It also showcased an electric SUV concept Futuro-e, which reflects a new design language and also the future electric mobility play for the company.