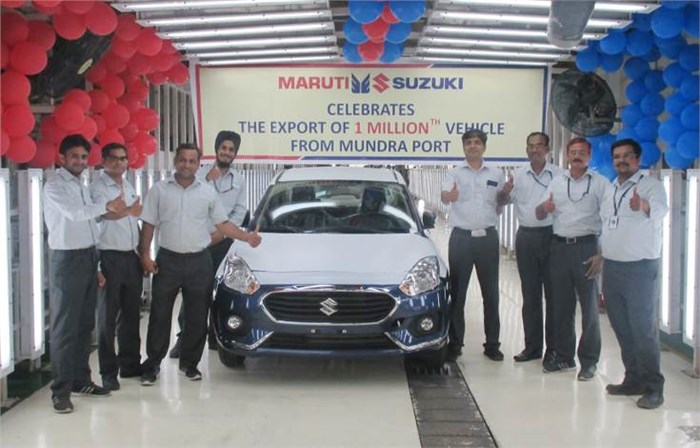 The model in question is an Oxford Blue Dzire sedan that was exported to Chile, South America.

Commenting on the milestone, Kenichi Ayukawa, managing director and CEO, Maruti Suzuki India, said, “Within a decade of commencement of exports from Mundra, we achieved the significant milestone of shipping the one millionth car. At Maruti Suzuki, we have always aligned our exports strategy to keep pace with the changing market scenario. The efforts by Maruti Suzuki reflect India’s capabilities of manufacturing cars that meet global standards of quality, safety, design and technology.”

With shipments to more than 125 countries, cumulative exports for the country's largest carmaker have crossed the 1.8 million units mark.