Refreshed Baleno likely to get cosmetic changes only; launch expected later this month. 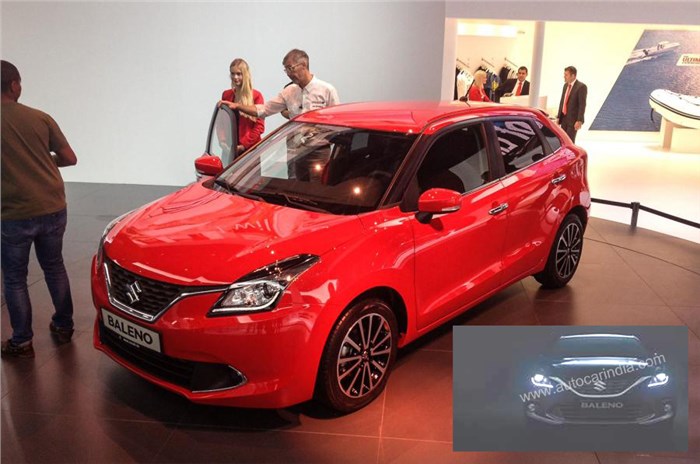 Maruti Suzuki has officially released a teaser image of the upcoming Baleno facelift that is expected to hit showrooms later this month. The Baleno will see its first major update in the form of this facelift since the premium hatchback launched back in 2016. The company has announced that its Nexa dealership chain has commenced accepting bookings for the updated model. The booking amount for the refreshed Baleno is Rs 11,000.

The new Baleno will get a new front bumper and grille, along with a new alloy wheel design. On the inside, there will be minor tweaks on the dashboard and seat fabric. The refreshed Baleno will get standard safety features like speed alert warnings, a seatbelt reminder for the front passenger, along with rear parking sensors. The model already comes with dual front airbags as standard on all variants, Isofix child seat anchors, ABS and EBD. The new Baleno is likely to come with more features in the lower trims as well.

There are no changes expected under the hood, which means the Baleno will soldier on with the tried-and-tested 1.2-litre petrol and the 1.3-litre diesel engine options. There is a petrol-CVT variant that is likely to continue with the facelift, and there is no news on a diesel-automatic variant.

While the new Maruti Suzuki Baleno is likely to hit showrooms later this month, the brand will announce pricing for the new Wagon R tomorrow. The company is also readying upgrades to the Ciaz and the Ertiga that are expected to launch sometime next month.