The Mahindra compact SUV launched on February 14 at Rs 7.90-11.99 lakh; Mahindra has also received over 2.5 lakh inquiries till date. 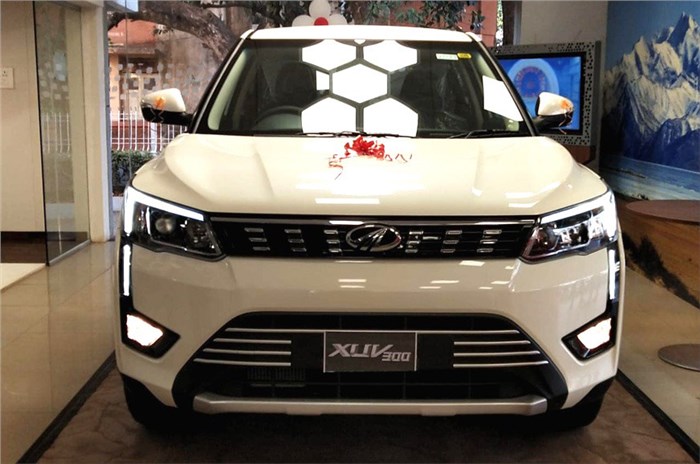 Exactly one month after the Mahindra XUV300 launched in India, the Indian carmaker has announced that its new compact SUV has received over 13,000 bookings and more than 2.5 lakh inquiries. Mahindra XUV300 prices start at Rs 7.9 lakh for the base petrol and go up to Rs 11.90 lakh for the top-spec diesel model. Based on the demand, higher variants of the XUV300 account for 75 percent of the bookings made. Dealer sources report a waiting period of about three weeks for the XUV300.

It's due to this figure that Mahindra now claims that the XUV300 is now one of the top three compact SUVs on sale in India. In addition, the brand also claims that sales of sub-four-metre SUVs account for 40 percent of the SUV industry.

The XUV300 is available in eight variants, including two engine-gearbox combinations – a 110hp, 1.2-litre turbo-petrol and a 117hp, 1.5-litre turbo-diesel engine – both of which are mated to a 6-speed manual as standard. A diesel-AMT combination is likely to arrive in the coming months.

Other than its best-in-segment torque figures, the XUV300’s other USPs include first-in-segment features  such as front parking sensors, seven airbags, heated wing mirrors, dual-zone climate control, steering modes and four disc brakes. Other than the Ford EcoSport, the Mahindra XUV300's rivals –Maruti Suzuki Vitara Brezza and Tata Nexon – are more affordable. However, based on our review of the XUV300 petrol and diesel models, it is a very competent package and makes for an attractive buy.