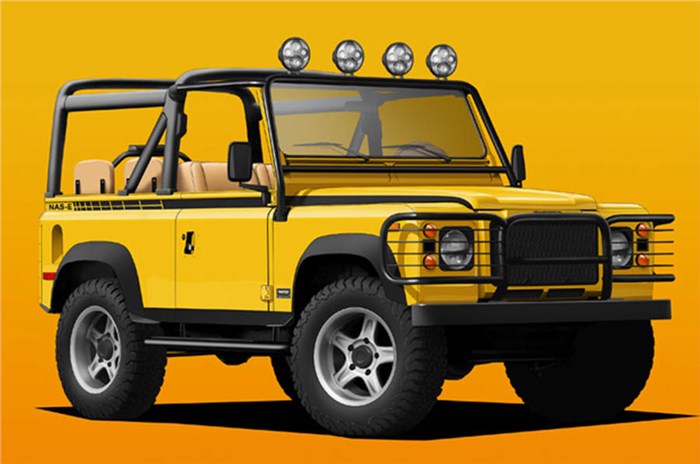 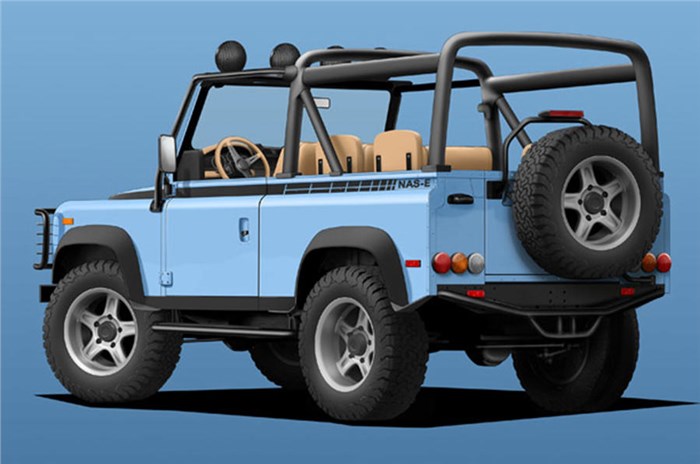 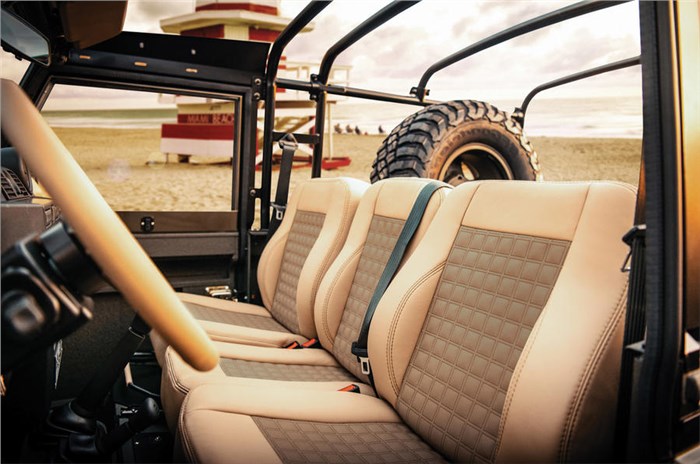 Just 30 of the zero-emission 4x4s will be built and are now available to order in the US, with the company having hinted that the car will eventually be sold globally. Two trim levels are offered: the standard NAS-E, and the more powerful and exclusive NAS-E Plus.

The NAS-E sports a short wheelbase soft-top body-type inspired by the original NAS Defender. Sold in the US between 1993 and 1997, that car is now a collector’s item.

Buyers can choose from three colour options – Malibu Yellow, Yosemite Green and Tahloe Blue – each inspired by a California landscape. In the initial production run of 30 units, 10 will be produced in each colour.

Buyers who opt for the NAS-E Plus gain a brush bar, side steps, roll-bar spotlights, black side sills and an exclusive body stripe decal.

The cabin has been modernised with cream leather seats, a full infotainment system and a touchscreen for controlling the EV specifics, along with a silver-finished Twisted sports steering wheel. A roll cage and Bimini hood are standard.

The electric NAS-E is powered by a Remy BorgWarner electric motor, delivering more than 217hp and 380Nm of torque to all four wheels. For the NAS-E Plus, outputs increase to 324hp and 419Nm of torque. Both have a range of up to 322km.

“As the world moves steadily toward mass electrification, the Californian market has been missing a uniquely stylish electric 4x4 option," said Bruce Riggs, head of Twisted North America. "The Twisted NAS-E is the ultimate expression of the American coastal lifestyle.”

Each custom-built model will take nine months from the point of order. Twisted expects the first cars to be completed by October 2020.

For now, there is no indication if this Defender-inspired electric SUV will make it to India. What we do get in India is the all-new Land Rover Defender, which is available in two sizes – the standard 90 and the longer 110.