The Ineos team has developed the Grenadier SUV from the ground-up; takes inspiration from the original Defender. 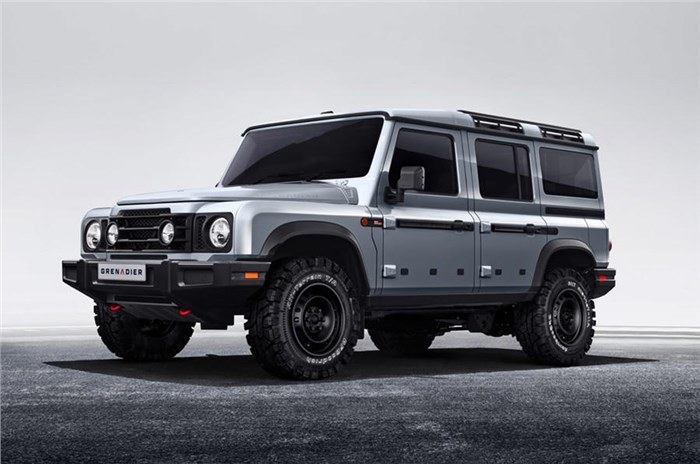 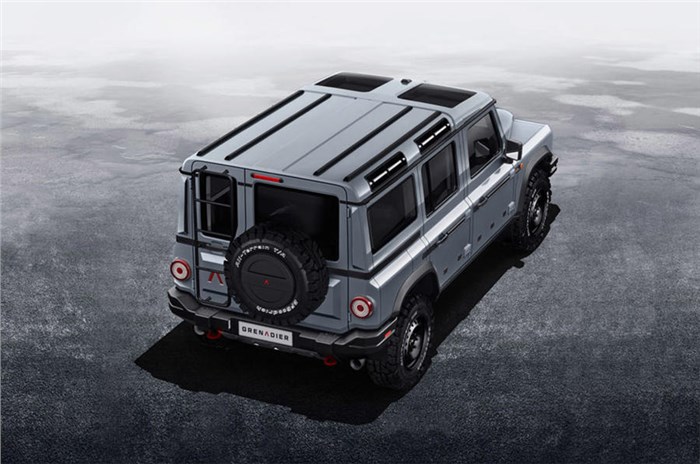 Sir Jim Ratcliffe’s rugged new SUV, the Ineos Grenadier, has broken cover with a variety of clear design references to the old Land Rover Defender and a specification that could easily pass for a modernised version of the 1948 original.

Despite this, the Grenadier is an all-new 4x4 created by a ground-up team and brand, with modern components, a state-of-the-art powertrain and possibly an even more singular purpose than the icon that it seeks to supplant.

The Grenadier is similar in size to the latest Mercedes-Benz G-class and is powered by a modular range of six-cylinder BMW diesel and petrol engines. It’ll initially be available as a five-door station wagon then “soon afterwards” as a four-door pick-up truck. A short-wheelbase version may come after, alongside other versions.

Production will take several years to ramp up for markets around the world, but insiders say it will be profitable at an annual output of about 25,000 units.

Ratcliffe, founder and majority owner of the GBP 50 billion (approx. Rs 4.68 lakh crore) British petrochemicals group Ineos, is a steadfast devotee of the old Defender. He came up with the idea of building a replacement of his own when Jaguar Land Rover declined to sell him its designs or tooling to continue when production ceased at Solihull after 67 years in January 2016.

Two years ago, after forming Ineos Automotive, Ratcliffe enlisted his friend and favourite superyacht designer, Toby Ecuyer – who is usually based on the south coast of England – to form and lead the Grenadier design team. He also appointed former chemical engineer Dirk Heilmann as Ineos Automotive CEO and set him the task of creating the 4x4’s mechanical package.

Named after Ratcliffe’s favourite pub in Belgravia, London, the Grenadier is being unveiled now, 18 months before its launch abroad, because its creators believe they will find it easier to complete a tightly planned million-mile global test programme if they can drive it “in plain sight”. Testing began last winter in Sweden. Meanwhile, two new factories are being built: one in Portugal for chassis-making and one in South Wales for final assembly.

Last week, our sister publication Autocar UK held a virtual meeting with Ecuyer, Heilmann and commercial director Mark Tennant to see the wraps come off the Grenadier and hear more about its purpose and capabilities. We saw the finished exterior but not the “hose-it-out” interior Ratcliffe has ordered because details are still being finalised.

Ecuyer doesn’t shy away from remarks about the Grenadier’s resemblance to the Defender but stresses that the team came to the current design and specification after researching a large number of competitor vehicles, many of which were bought for benchmarking. These included Jeeps, Land Rovers, Toyota Hiluxes, a Toyota FJ40 [Land Cruiser], Nissan Patrols, Ford Broncos and even vans, lorries, Unimogs, military vehicles, etc.

The result is a simple, well-proportioned and familiar-looking off-roader with straight sides, a clamshell bonnet rising above flat-topped front wings, a steep, fairly flat windscreen and a flat roof with rain gutters running all the way around.

The grille is simple and vertical, the LED headlights are round and the large wheels are positioned to minimise body overhangs and take advantage of rubberised wheel arches. The tail-lights also sport a round design. Most reminiscent of the Defender is the Grenadier’s body ‘shoulder’ that runs from the top of the front wings in a dead straight line right to the rear end.

The doors have external hinges, which help with the door removal - it’ll suit some users - and gives the car’s design the honesty Ecuyer sought. The Grenadier’s rear-end design has a big-door-small-door layout (which replaced the split-tailgate design at the last moment). The small door can be opened before the large one to provide access to the space-saver tool compartment in tight spaces.

Interesting evidence of Ecuyer’s nautical design background abounds. The roof can be used to carry loads without a rack, and one artful touch is the provision of four tie bars on the sides of the roof that look a lot like the roof lights of an old Land Rover.

There are also pre-wired “utility rails” running through the doors and under the rear side windows, because Ineos expects owners to use their Grenadiers for camping. These rails will allow for the mounting of lights, for example. The interiors for the Grenadier have not been revealed yet, although the Ineos team has stated that it will include more such features.

Ineos will design factory-fit options and aftermarket kit for the Grenadier but isn’t shy about making it ‘open-source’ so other equipment makers can produce add-ons to suit.

Heilmann said he expects the Grenadier to be heavier than the old Defender 110, which is narrower but slightly longer, but that’s mostly because the Land Rover is considerably simpler. The target weight is around 2,400kg, but today’s initial prototypes are 80kg too heavy, so weight must be reduced to improve the Grenadier’s all-important off-road performance.

Ineos’s engine choice is the BMW B57/B58 family, so each Grenadier will have a modular 3.0-litre petrol or diesel straight-six that sends its drive through a ZF-supplied 8-speed automatic gearbox (and a separate low-range transfer case). Depending on spec, these engines make anything from 265hp to nearly 405hp in their BMW applications.

The car’s relatively old-tech, body-on-frame chassis, twin live axles and non-independent coil suspension are a rarity nowadays; even the Hilux has independent front suspension. However, the body is a complex mixture of aluminium, high-strength steel and composites.

Tennant and Heilmann say the project is running only a few weeks behind, despite COVID-19, and they’re looking now at ways of getting that time back. “It’s a tight schedule,” Heilmann said, “but by 2021 we want to be doing our first production runs, and at the end of 2021 we should have production cars coming off the line.