Kia Seltos set to roll off production line on July 31

With pre-bookings already underway and final production set to commence, Kia is gearing up for the launch of the Seltos on August 22, 2019. 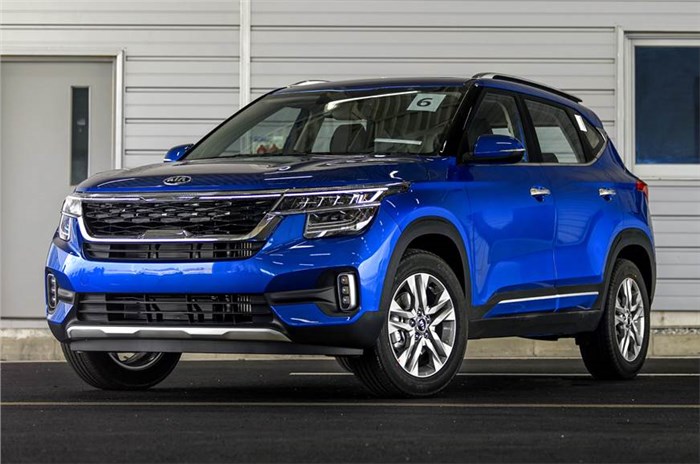 After unveiling the Seltos on June 20, 2019 and subsequently commencing pre-bookings for the SUV on July 16, Kia Motors is set to take another major step towards its debut in the Indian market. The first units of the Seltos that will go to the customers will start rolling off the production line from July 31. As reported by us earlier, the company has already begun production of the SUV and demo vehicles have reached some dealerships.

Kia Motors India began the framework installation of its facilities in Anantapur in early 2018, with trial production of the upcoming SUV beginning in January 2019. And now, just six months later, the Korean automaker is ready to commence final production of the Seltos before its market launch on August 22.

Han Woo Park, CEO and President, Kia Motors Corporation revealed at the Seltos reveal that the plant in Andhra Pradesh, which is spread across an area of 23 million square feet, has come up with an investment of 1.1 billion USD (approx. Rs 7600 crore) from the automaker. The facilities have an annual production capacity of 3,00,000 units which will be achieved over the next three years.

In addition to supplying to the Indian market, the Anantapur plant will also cater to export demand from countries in the Middle East, Asia, and Latin America. In addition to the Seltos, Kia is expecting to manufacture as many as four models at its new factory in the next couple of years.

The Seltos mid-size SUV – which will take on the likes of the Hyundai Creta, Nissan Kicks, Renault Captur, MG Hector and Tata Harrier in our market – seems to have gotten off to a strong start. It received close to 6,000 bookings in just a day after the reservations were opened up to the public. We have been informed that test drives of the upcoming Kia will commence in early August.

The SUV will be available with three engine options – a 1.5-litre petrol, 1.4-litre turbo-petrol, and a 1.5-litre diesel. All engines will be BS6 compliant and will offer the flexibility of a manual and an automatic transmission right from day one.  Prices for the Kia Seltos are expected to be in the range of Rs 11-17 lakh (estimated, ex-showroom).

Additionally, the Seltos SUV is set to be packed to the hilt with equipment including LED headlights and DRLs, 10.25-inch touchscreen infotainment system with Android and Apple smartphone connectivity, an 8.0-inch head-up display, Bose sound system, keyless entry/go, cruise control, automatic aircon, air purifier and much more. Safety will be taken care of by a blind-spot  monitor, 360-degree camera, front and rear parking sensors, ESC, traction control, ABS and up to six airbags.

As we reported previously, after the Seltos, it has been confirmed that the Carnival MPV will be Kia’s second product for the Indian market and will arrive in early 2020.