The concepts include a military-styled Wrangler, the Birdcage and a plug-in hybrid of the Grand Cherokee.

Jeep unveiled six concept cars alongside its all-electric Wrangler Magneto, ahead of the firm’s annual Moab Easter Safari event. Among the concepts is a vehicle celebrating the 20th anniversary of the Rubicon, a Jeep Wrangler inspired by the firm’s historic military applications and a car named ‘Bob’.

The Easter Jeep Safari, which is ongoing right now, started on April 9. The event consists of trail rides and day-long trips departing from Moab, Utah throughout the 9-day long event. The official event is hosted by the Red Rock 4-Wheelers Inc – one of the local four-wheel drive clubs in Moab. The event generally ends on Easter Sunday, which falls on April 17 this year. 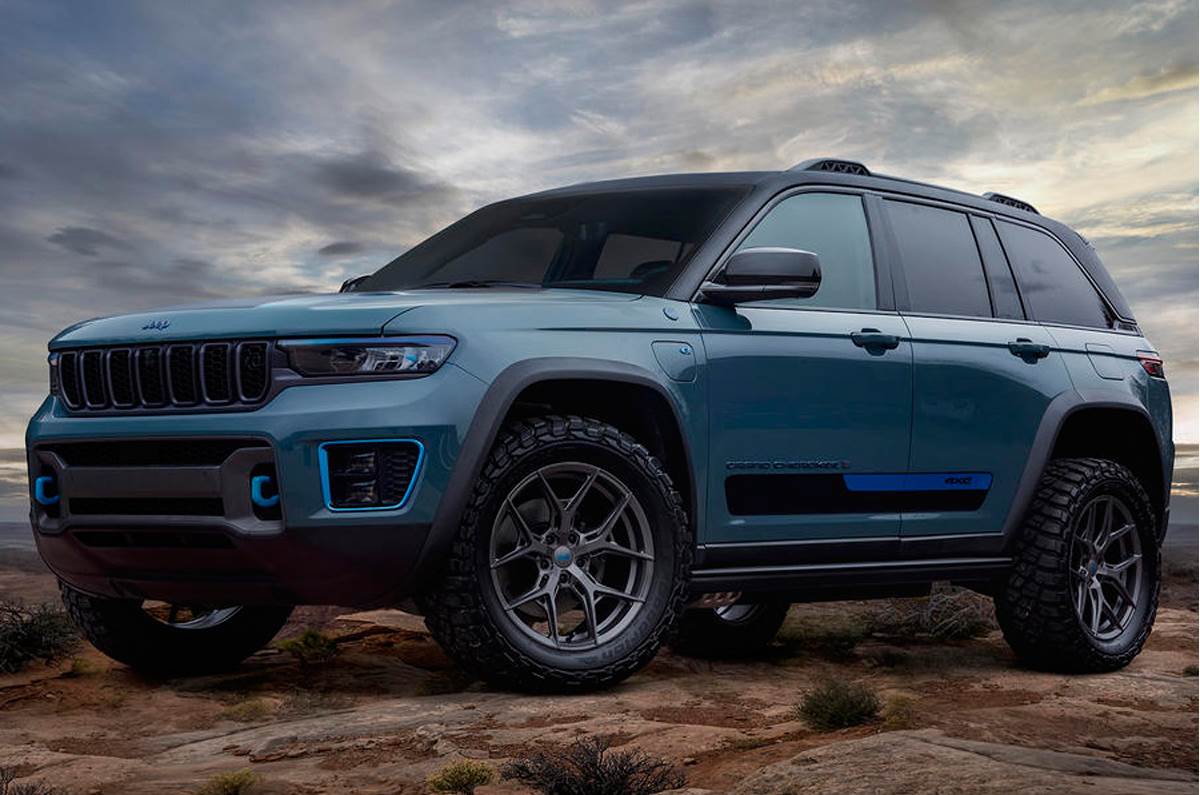 The first concept on display was a plug-in hybrid (PHEV) Jeep Grand Cherokee Trailhawk – underpinned by the firm’s 4xe powertrain and based on the Grand Cherokee 4xe – which will go on sale later this year.

It’s powered by a 2.0-litre turbocharged engine mated to two electric motors and an eight-speed automatic transmission. Jeep has also equipped the model with the firm’s Quadra-Lift air suspension to improve the ride quality. 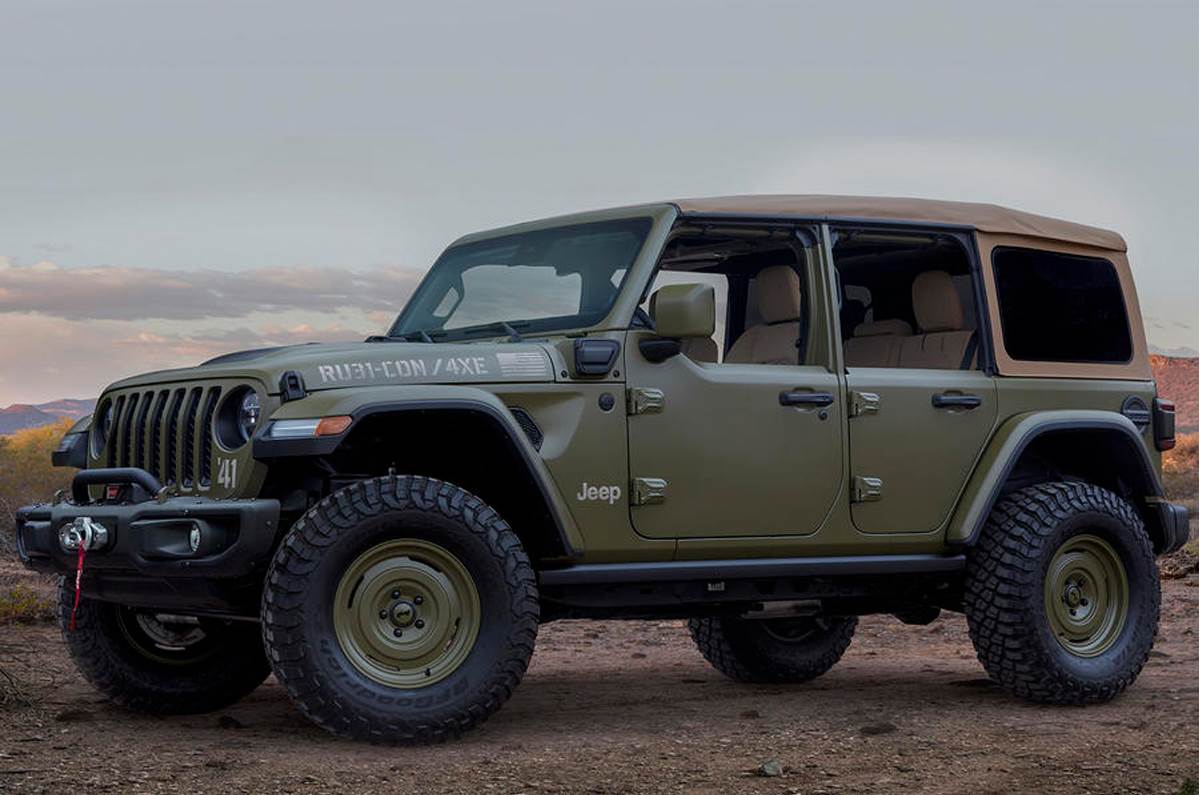 The Jeep ’41 concept, meanwhile, pays homage to the first ever Jeep model – the Willys MB – and the firm’s military heritage. Driven by the same 2.0-litre 4xe powertrain as the Cherokee Trailhawk, the model can achieve around 21kpl and 34km of all-electric range.

Its design features a matt olive green exterior paint named D.R.A.B, as well as black steel bumpers, a winch and a tan-coloured soft-top roof. The side of the car also has custom decals, while accent-coloured tow hooks also appear.

Inside, the ’41 is fitted with canvas-coloured seats, digital camo inserts, a Rhino-lined floor and a matt green instrument panel. A set of 25-inch tyres sit on 18-inch wheels, also painted matt green. 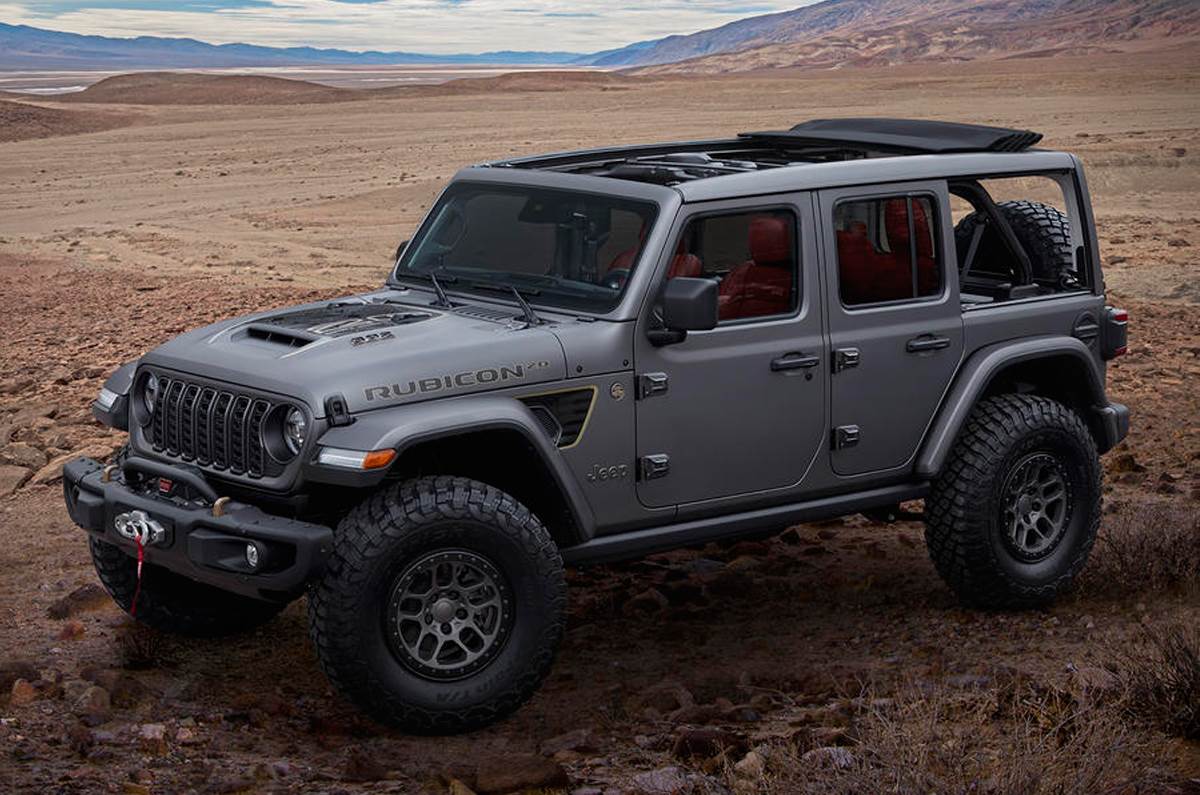 To celebrate 20 years of the Jeep Wrangler Rubicon, the firm revealed an anniversary model, which is based on a 2003 model year, two-door version of the popular off-roader.

The concept is also equipped with a dual-mode performance exhaust, a bonnet with a centre scoop, custom-built half doors and an electric roof. It’s finished in a granite crystal colour and has been lifted by 51mm. Its 17-inch wheels, meanwhile, feature 37-inch mud-terrain tyres. 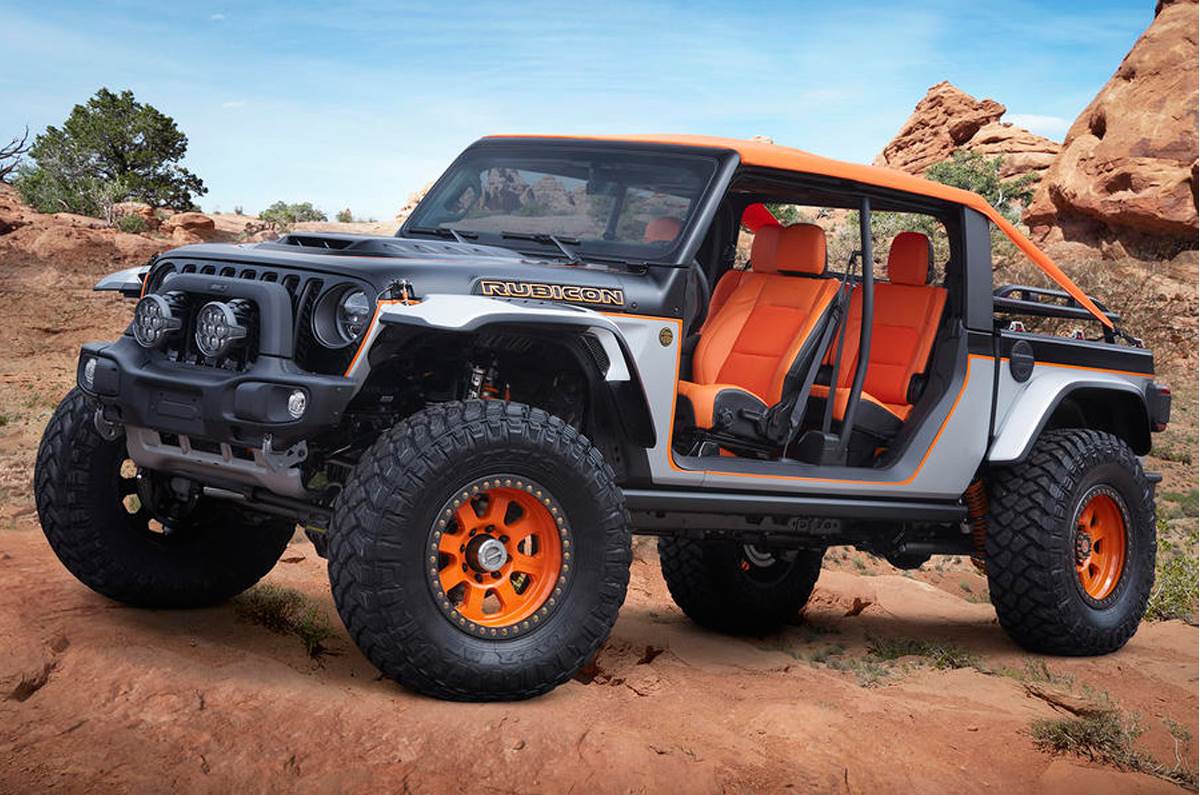 The Jeep Rubicon-based Bob concept was created as a reference to ‘bobbing’, where drivers shorten the frame of their Jeep behind the rear axle to reduce the overhangs of pickup beds.

Some 305mm has been shaved off the concept, while the new steel front and rear bumpers improve approach and departure angles. Off-road performance has also received a boost, from the addition of an off-road suspension kit, Dynatrac Pro-Rock 60 axles, King coils and Bypass shocks. Huge, 40-inch tyres are mounted to 20-inch wheels.

Bob is driven by a 3.0-litre V6 diesel engine, mated to an eight-speed automatic transmission. A Mopar cold-air intake is said to further boost torque and improve fuel economy, while a vented carbon bonnet improves airflow to the engine. 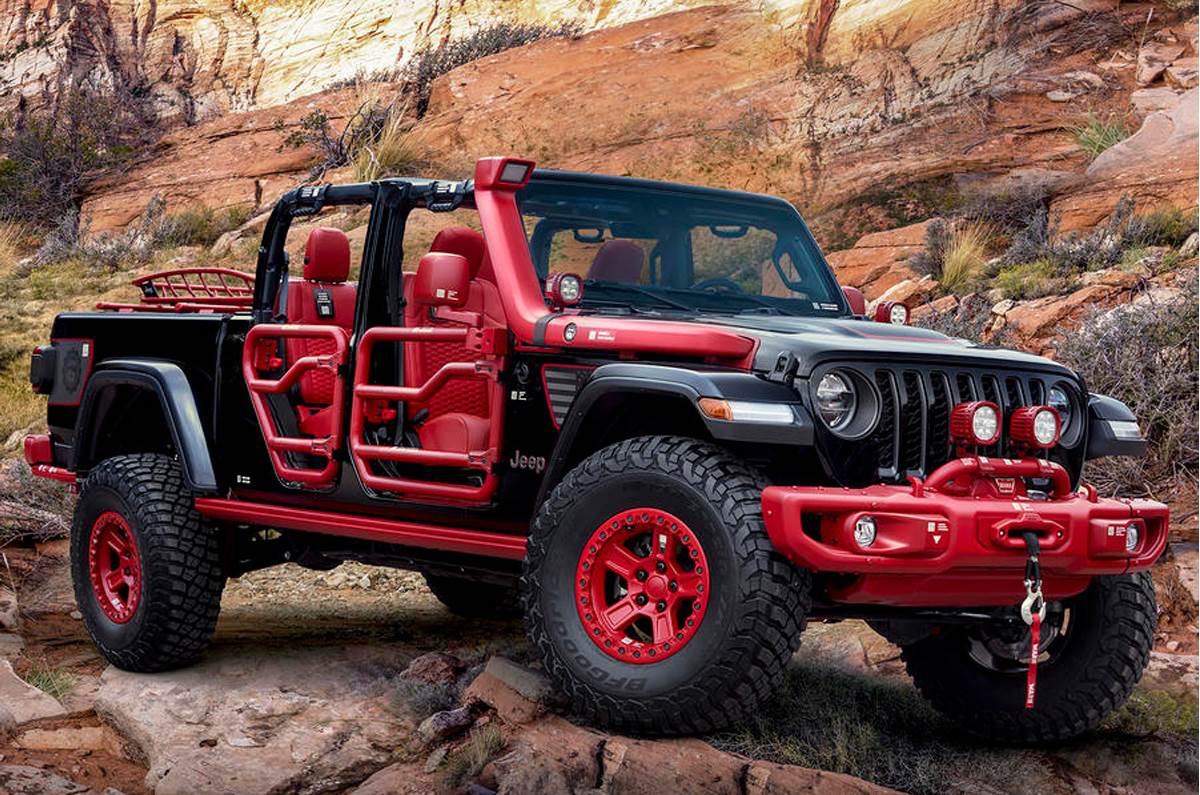 The Jeep D-Coder acts as a “rolling catalogue of factory-tested and factory-backed items” that Jeep customers can buy to fit to their vehicles.

Each part of the Rubicon-based concept is equipped with a scannable QR code. It features a JPP snorkel to support the model’s 3.6-litre engine in deep water, while rock rails offer protection for the concept’s underside.

On the exterior, red paint contrasts with Katzkin leather seats. The door-sill guards, stainless steel pedal covers and floor mats are all supplied by Mopar. Based on the Jeep Wrangler, the Birdcage concept is claimed to be a “wide-open-air extreme 4x4 machine” and features several accessories from Mopar and JPP, as well as Jeep’s plug-in 4xe powertrain.

The vehicle features ‘eagle brown’ ​​exterior paint with ‘granite crystal’ and ‘surf blue’ accents. Its off-road capabilities have also been improved with the addition of a rock-slider skid plate, a winch, tow hooks and a set of 17-inch by 8.5-inch wheels fitted with 37-inch tyres.

The Birdcage will also be easier to use at night thanks to a set of underbody rock lights, but don’t expect to stay warm: its windscreen and doors have all been removed. Jeep, however, says drivers will be protected from dirt and debris.

What are your thoughts on these concepts? Let us know in the comments below.

Jeep Meridian vs Compass: what are the differences?