This DB5 was used in James Bond Goldfinger and has all the 13 special effect gadgets seen in the movie car restored and functional. 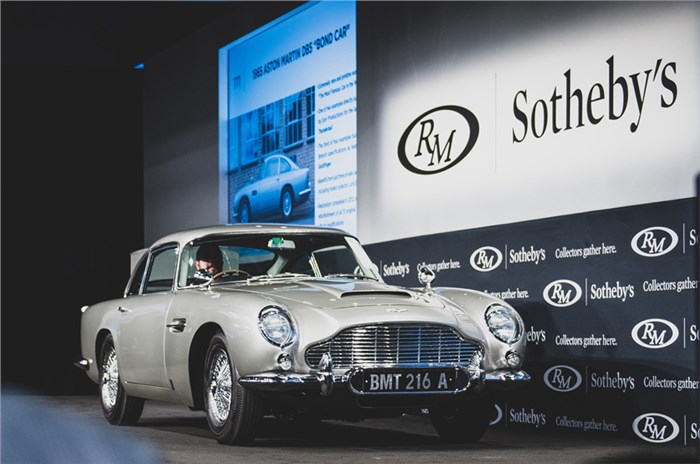 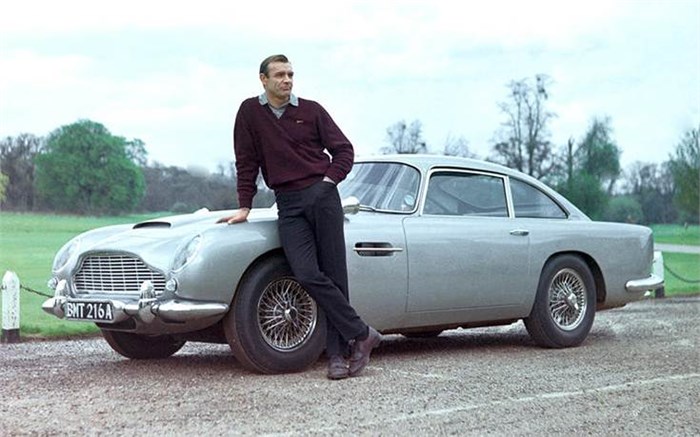 The news will leave you both shaken and stirred. The automotive and film icon – the 1965 Aston Martin DB5 'Bond Car' – has notched a record-breaking USD 6,385,000 (Rs 45.37 crore) during a single-marque 'Evening with Aston Martin' at RM Sotheby’s Monterey auction this week, exceeding the previous record by nearly USD 2 million (Rs 14.21 crore). This makes the iconic car the most valuable DB5 ever sold at an auction (estimated at USD 4m or 6m).

Fondly known as 'the most famous car in the world', the DB5, chassis no. DB5/2008/R, is one of just three surviving James Bond 007 DB5s seen in Goldfinger and as used in the promotion of Thunderball.

The car was built specifically for Eon Productions and outfitted with legendary MI6 Q Branch-specified gadgetry from new. All 13 original special-effects modifications have been completely restored in this iconic car. It comes factory-fitted with all the modifications conceived by Oscar-award-winning special effects expert John Stears.

Highlights from Q's bag of tricks include machine guns, a bulletproof shield, a tracking device, the revolving number-plates, a removable roof panel, an oil-slick sprayer and nail spreader and smoke screen, all of which are controlled from switches in the centre armrest.

Fully restored by Roos Engineering in Switzerland, the car was presented in Monterey with all gadgetry fully functioning, as Q intended. After drawing significant attention in the lead-up to the Monterey auction and during the pre-sale exhibition, the DB5 was the subject of a 4min 30sec bidding competition between six interested parties in the room and on the phone, eventually selling to an enthusiastic bidder present in the auction room.

Barney Ruprecht, Car Specialist, RM Sotheby’s said, “It was an honour to offer the iconic James Bond 007 Aston Martin DB5 alongside our partners at Aston Martin Works and Aston Martin Lagonda. We are beyond thrilled with tonight’s fantastic result and proud to have set a new record for the most valuable DB5 sold at auction. Beyond this new auction record, the enormous amount of interest in the car and excitement surrounding it ahead of the auction solidifies its status as the 'most famous car in the world', along with the hobby’s great respect for the Aston Martin brand.”